This summer, my dad hosted the "5 Days of Fluffy" for my Mom's 50th birthday. We had activities planned for the 5 days leading up to her birthday which included a beach bonfire/dinner, stand up paddle boarding in San Clemente, lunch in Malibu, and visiting the Getty Villa.

The Getty Villa is the second museum location of J. Getty's art collection. It's located in Malibu, and focuses on mirroring ancient Greek architecture and displaying collections of ancient Roman and Greek art and sculptures.

I've visited the Getty Center twice before (once with the family and once with Scott), but this was the first time I've seen the Getty Villa. I actually preferred the Villa experience because I've always had a great interest in ancient Roman culture (specifically mythology), so it was nice having a genuine interest in most of the art. I can't be the only one who has to fein interest in some art galleries to convince myself that I'm cultured too.

Anyway, the architecture of the Getty Villa was amazing, and all the different fountains were my favorite part of the Villa. 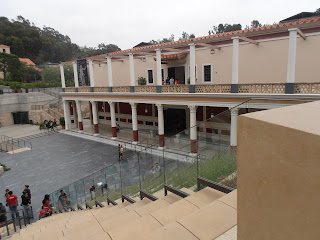 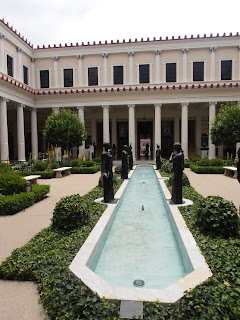 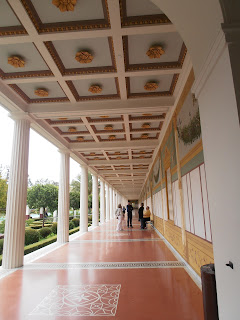 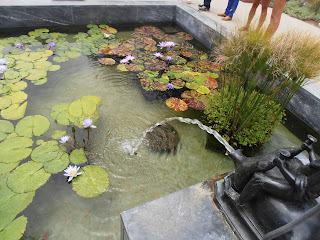 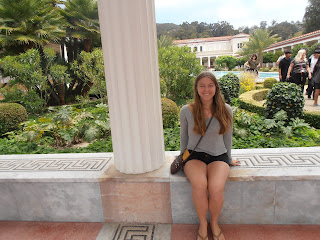 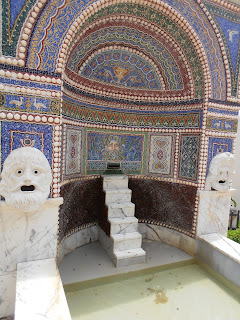 These guys and I talked, and ends up we have a lot in common so we decided to take a picture together. Ends up we even look alike! (I'm such a weirdo.) 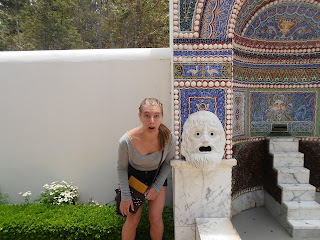 We spent most of the time before lunch exploring the Villa and looking at the art pieces that were spread around downstairs, so we decided to take a lunch break before tackling the art intensive upstairs. We snagged a table from the outside cafe tables, and broke out our picnic materials. I'm not sure if we're usually allowed to do that, but all the picnic tables were being used by school groups. While our baguette and turkey sandwiches were really good, the smell of freshly cooked pizza that was around us was a little hard to ignore. 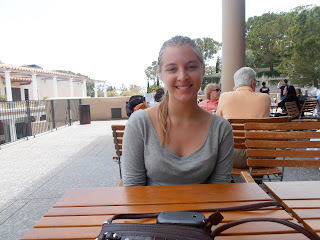 After lunch, we explored the second floor and galleries of the Getty Villa. It was divided into two main galleries: one regarding ancient Greek and Roman sexuality and another dealing with the daily life of an ancient greek (I forget the actual name of it). We started looking at the daily life side, and my favorite part was the ancient jewelry and coins.

The sexuality exhibit was really interesting, but the funniest part was watching my Mom's reaction to the artwork and exhibits. The sculptures especially were great, and it was interesting to see the ancient definition of beauty (there were a lot of sculptures labeled "Beautiful Women,""Beautiful Male," or "Aphrodite/Venus").

Visiting the Getty Villa is definitely a necessity when living (or visiting) in Southern California so I'm glad that we all got to go!
Posted by Watermelonsmiles at 12:12 PM No comments:

Dear the best boyfriend in the world, my best friend, and the only person who reads this blog, I've had this in my drafts folder since literally June and I thought I would publish it as a surprise since we didn't get to do my picnic date/plan this weekend. I love you!

Scott and I celebrated our 6 year anniversary in San Diego again this June. Since I had work late the night before running the photo booth at an event, I drove down to his house early in the morning (aka 8:30 in the morning). After the worst/most frustrating traffic I've experienced, I finally made it down to Encinitas. Scott had planned our date and was keeping it a surprise, so once we were in the car I bugged him to give me hints for the next 45 minutes.

We ended up driving all the way down to Coronado for a brunch and beach date. I've never been to Coronado before and always have wanted to go (it was voted best beach by a Yahoo article), and Scott knows how much I want to explore downtown San Diego so I became a very happy Julia. I actually thought we were just going to do brunch a few minutes away, so I was really surprised and excited that we were doing a full out beach date!
On a side note, the only way to get to the city is by driving over a huge bridge that overlooks the ocean and downtown San Diego. I've always been a little bit special, and really really love driving over bridges, so I was having way too much fun taking pictures of the driver and bridge. 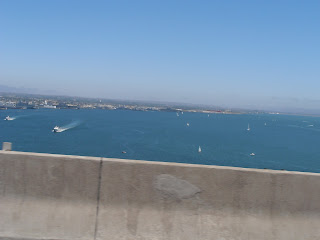 We went to a cutesy cafe by the beach called Cafe 1134 and both ordered Jasmine Green Tea while we waited for our food. I don't usually drink caffeine, but it was one of those cafes where the experience doesn't feel complete if you don't pick one of their 50 exotic sounding tea choices. Since it was a pretty day out (and a little too hot for tea.... oh well, worth it), we sat in the back of the restaurant and I attacked Scott with pictures. 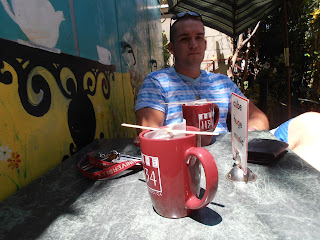 I ordered a Cortez omelet which had Jack cheese, avocado, mushroom, and shrimps. I order anything that has mushroom or shrimp when I go out to eat, so this omelet was perfect with a topping of avocado (so extra perfect). It came with a baguette end and fruit instead of home fries because they mixed up my order we were heading to the beach after. 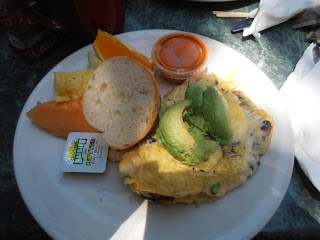 After brunch, we searched for parking... searched for parking... decided that we fit into a spot that kinda worked, and headed down to the beach. Coronado beach is absolutely beautiful, and has the softest sand of any beach I've been to in California. It was a really warm day out, but the water was freezinggg. Like whole body going numb, getting wet and sprinting out freezing. 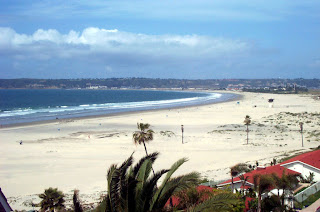 Around 3 we started to head back because Scott's brothers were having their high school graduation party that night. The most notable part of the event was probably taking the most badass picture of our 6(!) year relationship: 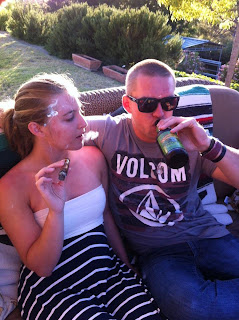 I had an amazing 6 year with you, and thanks for planning such a great day together. I love you!

So it was a little short, and I didn't have too many pictures which was why it was in my draft box so long, but I wanted to publish it so I could always remember :)
I had an amazing time celebrating our 6 year anniversary together, and I love you will all my heart Scott! Thanks for being the guy who 6 years later still opens car doors for me, stays up late to talk (or to make me laugh maniacally by making weird noises when we have to get up early), takes me out for dates, plays with my hair because you know I like it, or compliment me even when I'm being ridiculous. Everyday you make me smile, and I'm so lucky that we've been able to experience high school, college, and everything else together. I love you!
Posted by Watermelonsmiles at 12:35 AM 1 comment: