Since I'm not posting regularly but keep taking a bunch of pictures with the intention to write a blog post, here's some of the highlights of my weekend:
- I joined the gym! I finally feel like I'm working out again and went to Zumba on Thursday, Turbo Kickboxing on Saturday, and ran 3.5 miles on Sunday.

- Scott came up for the weekend on Friday, and we headed out for one of the first beach days of the summer! This was doubly exciting because I may have gone on a bit of a shopping frenzy the last few days (the excitement of my first paycheck of the summer was a little dulled after I realized I nearly spent all of it) and brought a brand new bikini from TJMaxx. 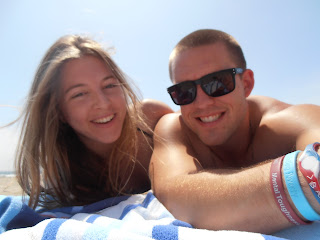 - On Saturday my little sister had her prom! I was feeling a little invested in helping her get ready after shopping for 6 hours on Wednesday for the dress. Jessica had a friend do her makeup, but I take full credit for her accessories and hair. It's amazing how easy it is to curl hair when it isn't yours. 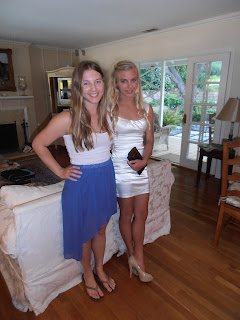 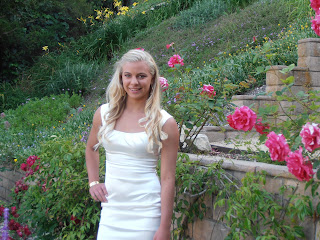 I claim bragging rights as the older sister.

- I had a baking extravaganza/date on Saturday with Scott. We decided to make fettucine penne alfredo with chicken and garlic bread for dinner. While grocery shopping, I bought the biggest watermelon ever and was dying with excitement to eat it. We tried to make the pasta just a little bit healthier by using non fat milk for more than a half of the sauce. I'm also proud of myself because I cooked the chicken breasts (olive oil with lemon juice and garlic) for the first time and it actually turned out really well! 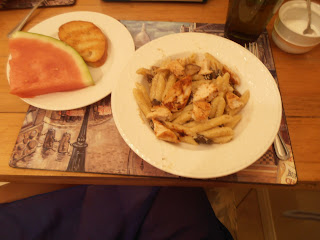 PS that was one of the best watermelons I've ever had. I'm so excited for more this summer.

- I had a lunch date at Yellow Vase! I managed to convince Scott to take me there since it is probably the most girly cafe in the world. Think flowers, cupcakes, yellow trinkets, and fancy sugar cubes. I ordered a panini with hummus, avocado, chicken, and mozzarella. 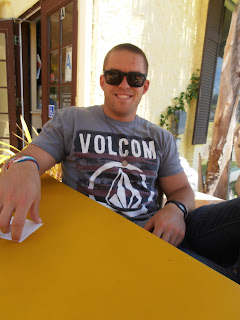 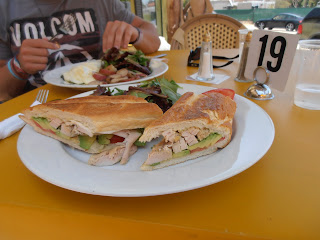 I've also had a pretty good week so far too with trying new workout classes and recipes, but I'll post about that tomorrow!
Posted by Watermelonsmiles at 2:01 AM