The Dude Comes to Praha

This past week Scott spent his last spring break (I know, I'm jealous he has multiple spring breaks). From picking him up to the airport on Monday night to 5 am Saturday morning, I couldn't have asked for a better week in Prague. It was the prettiest week we've had all semester too--with Thursday even getting up to 70 degrees--so it was perfect weather and perfect company.

A quick list of the highlights from Scott's visit:

Sparta Praha soccer game: This was a big one on my Prague bucket list, and it ended up being the perfect date night. It started out great when I realized that the tram took us directly from my apartment to the stadium (my apartment is usually very out of the way so this was definitely beginning on a good note). We bought some tickets and grabbed a quick dinner of kolbasas and beer. While the stadium was relatively empty, it was really fun to watch the crazy devoted fans in one of the sections. They never stopped shouting and making noise and I can't even imagine how crazy big games could get. Sparta ended up winning (and I ended up buying to Sparta Praha scarfs that every fan was wearing), and I'm so happy Scott and I went. 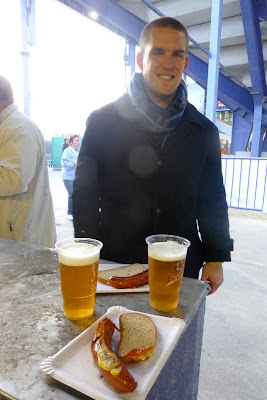 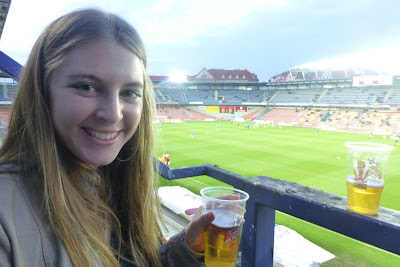 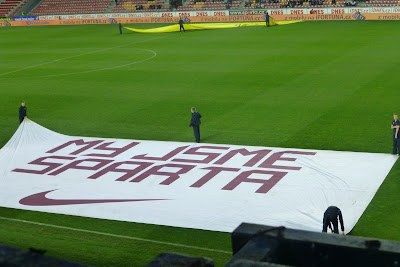 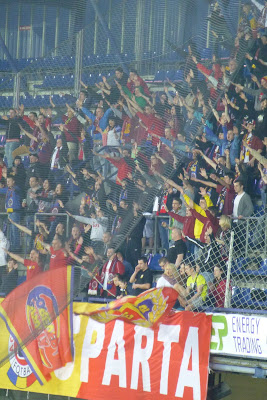 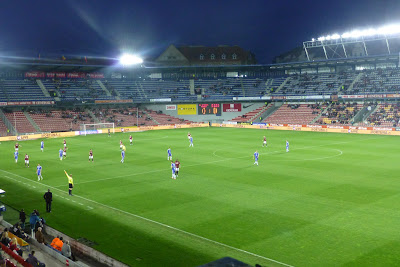 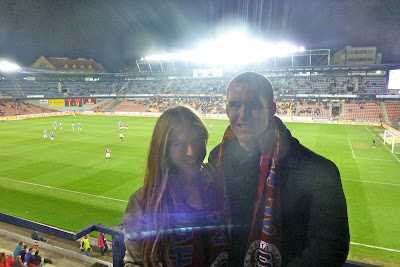 Beer garden by Vysherad: The great weather completely turned Prague into another city. Beer gardens are starting to open, and Scott and I went to our first one right by our school. The beer was really cheap and the food looked good even though we were holding out for Thai later. The garden overlooks most of Prague and it was fun to go when it was so crowded and nice out. I'm already counting down til the next sunny day to go back. 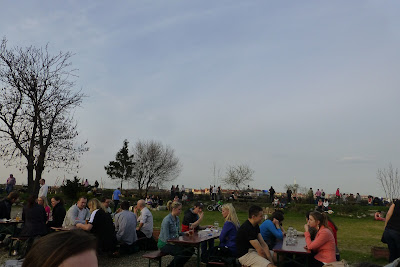 Sunny day: Technically not an activity, but I forgot how much I love the sun. And eating ice cream along the Vlatava River with Scott. 70 degrees and sunny makes me forget about the snow that lasted all March. 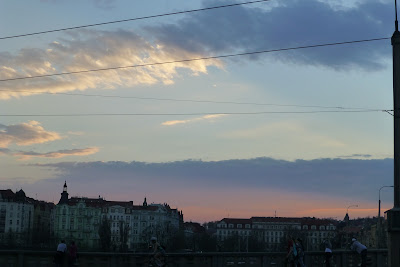 Prague Zoo: This was another big outing on my to do list. Scott and I ended up spending a few hours there on Friday looking around. Compared to the San Diego zoo it was pretty small, but you were able to get close to the animals and nearly every exhibit had a baby something which was enough to make me extremely happy. The best exhibit was the gorillas where there was a newborn and toddler (?) gorrilla. We went around 1 and witnessed the toddler have a full on tantrum while the food was being prepared which was pretty funny. I forgot how human gorillas actually are. Second best was definitely the elephants. 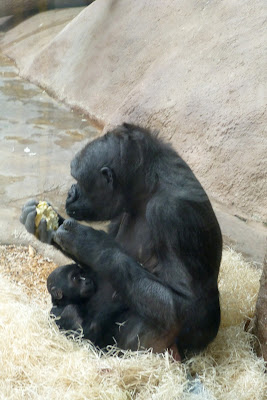 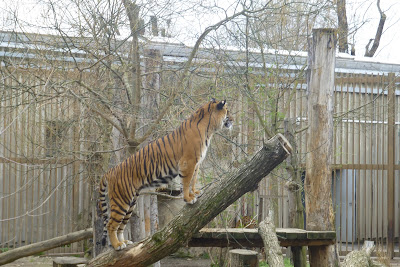 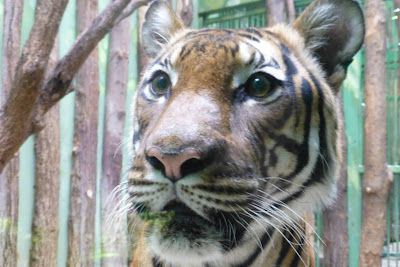 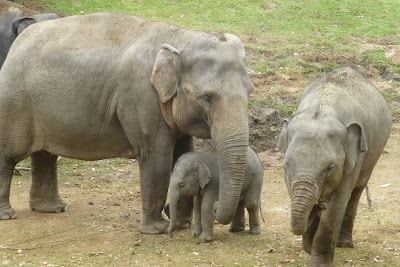 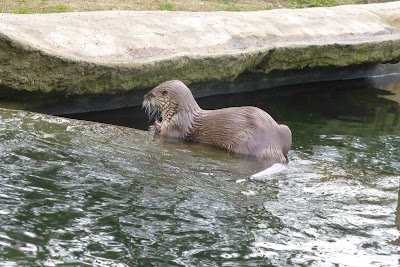 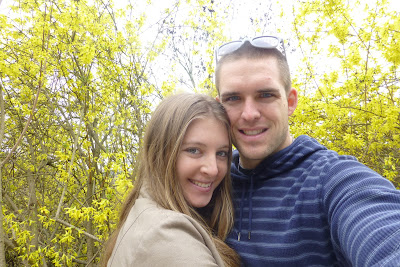 Love Lock Bridge: No Scott and Julia trip is complete without a trip to the love lock bridge. Prague's is so small that it is nearly impossible to fit a lock on it, but we made sure to leave ours. We decided to do the key throwing over the Charles Bridge instead to be a little more dramatic. 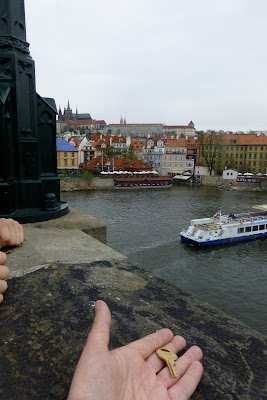 Other highlights include going out to the club Retro on Wednesday, having a beer on top of the dancing house, and coming back to the apartment from class knowing Scott was there. Saturday came way too soon, but I'm so happy I have one last trip to Copenhagen to look forward to.
Posted by Watermelonsmiles at 1:03 PM