If only you knew Czech so you could know why I feel so clever with the name of this blog post. You know I'll tell you anyway--the number of our building was 8 which is osm in Czech. Puns on puns. I've been meaning to write a blog post on my apartment way back since February, and now that I'm all moved out and sitting in the airport, I think it's finally time. Our apartment was always pretty messy (and often more than just pretty messy), but after spending all morning vacuuming, cleaning, and even attempting mopping my room this morning, I have a new found appreciation for it.

When I first came to my apartment, I was a little disappointed. It wasn't in the center of Prague or by the river, and the outside was not appealing at all (and Prague has some of the most beautiful and unique buildings in Europe). There was a gynecologist on the first floor, and there were 4 apartments on four floors. However, the actual apartments were pretty nice especially compared to anything by USC. There was a living room, dining room, two bedrooms--all which were very spacious and had hard wood floors. There was minimal furniture and amenities (another complaint, but we built it up throughout the semester--lucky people next semester are going to have a much homier apartment).

I know it sounds like I hated my apartment, but I really didn't. By the end of the semester, I realized two of my three best friends lived just down the street in walking distance. We were literally right next to (the trams) and on top of (the metro) the public transportation. In the coldest winter in years this alone was an AMAZING bonus. There was a huge mall underneath us, so from grocery shopping to picking out a flower crown for Sensation, it was very convenient.

So here's the tour:
Dining room and living room (also nice because the sofa was a fold out bed so visitors had a place to stay!) 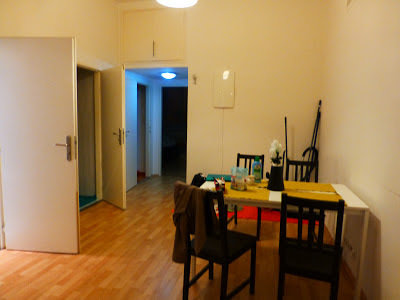 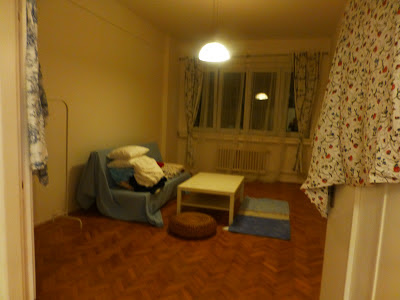 The funniest part about our apartment was the actual "bathroom." I learned in Russian class that bathrooms and toilets are two separate rooms, so it was funny seeing the toilet in it's own little closet (also bathrooms are WC in Europe for water closet). Our actual bathroom with the sink, shower, and washing machine was really nice though and was spacious, tiled, and full of amenities. 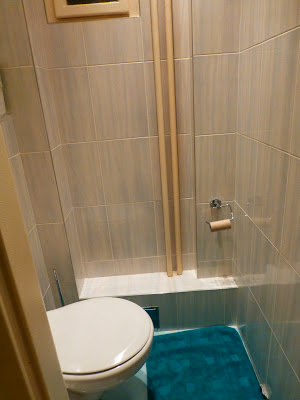 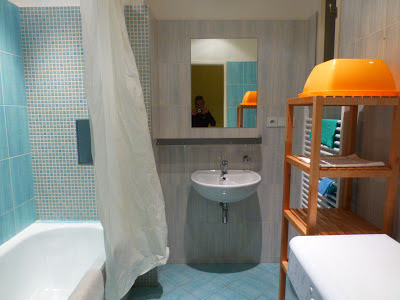 The kitchen is also a pretty small space, and it's own separate  room. This picture was taken after our apartment furniture got moved around in the last week so usually the dresser with the microwave on it isn't in there. 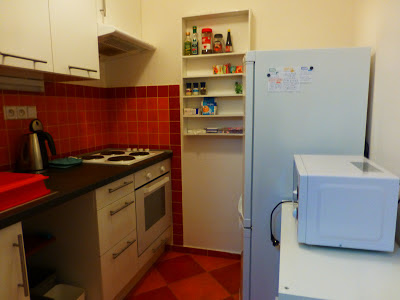 I was lucky and my roommate and I got along really well. Our room was mutually messy, but our beds were super comfortable and I had a great amount of space for all my stuff. Here's also a picture of the other bedroom: 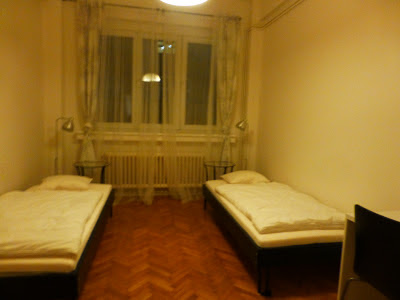 So there's a quick look into my home sweet home for the past 4 months. I'm going to miss it so much, but I forgot the pure mix of heaven and comfiness that is my bed at home. I think I'll spend my next week rolling around in the comforters and forgetting about all the tough hostel beds I've endured.
Posted by Watermelonsmiles at 3:29 AM