A Night In Downtown LA

From working full time this summer to starting my senior year at school, I've been pretty busy. Although I've done many blog worthy things in the past few months (hello, Jay Z and Justin Timberlake concert), my night out in downtown LA was the weekend that finally prompted me to get my camera out again.

My roommate Madison had her friend Ashley from study abroad--both visited me in Prague this March--fly into LA, so we wanted to take her out. After a full day of work on Friday, we spent our time getting ready, picking out outfits, and having a drink before leaving. I was mostly excited because I finally got to wear my new Asos leotard I had been looking for an excuse to bust out, and borrowed Ashley's leather skirt to go with it. An all black outfit made me feel cooler than I actually am--which is always a sign of a good outfit. 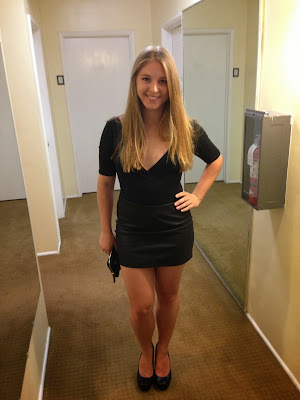 We has reservations for dinner at a trendy restaurant downtown called Baco Mercat. It was our first time going, and we'd all heard the food was amazing. Our priorities were in the right place since we focused on picking and drinking a cocktail (Pimm's 408) before looking at the menu. 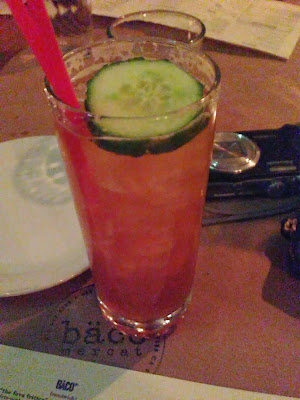 The waitress suggested to order the meal tapas style, and we were pleasantly surprised by the size of the dishes. We split everything between 5 people and the dishes were still big enough to go around (which cannot be said about the similar style restaurant by campus). Every single dish tasted amazing. Even food I don't usually enjoy like Brussels sprouts and cauliflower were incredible. It takes a lot for me to say I truly crave Brussels sprouts, but the "ceasar" brussels sprouts salad was one of the highlights of the meal. Along with the Brussels sprouts was a caramelized cauliflower dish, and we ordered two flatbreads to share. The first and table favorite was the bacon and egg flatbread with tomato, farmer's cheese, and pecorino. The dippy egg in the middle may have caused some fork wars as we all tried to attack it, but it was super delicious. The second flatbread was the carne picada with spiced beef,  yam, pine nut, and feta--also delicious but nothing could compare to the first. "Dessert"was a sugar snap and pear salad. It was warm and had cinnamon, goat cheese, and pomegranates seeds--I ended up pouring the remaining sauce into my spoon before we left. 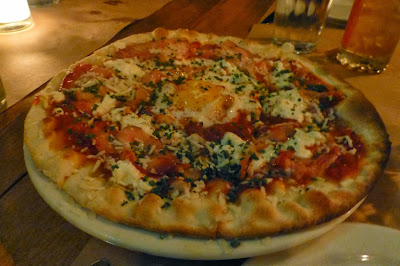 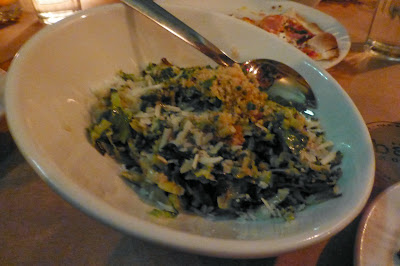 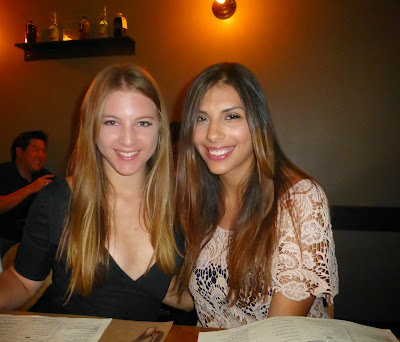 Like most trendy LA restaurants, the lighting was terrible and my photography skills are rusty. So while my pictures are terrible, it was still a great meal and worth blogging about since this is essentially my journal that only I, Scott, and sometimes my Mom read. 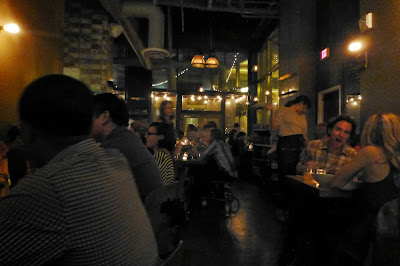 Since our guest of honor is an English major, we grabbed a taxi and went a few blocks to the Library Bar. It's a small bar with large bookshelves and cocktails inspired and named after literary pieces. Although I ordered (a painfully strong) vodka soda, Madison's drink tasted delicious. After we fought our way onto a couch, we sat and hung out to waste some time before it was late enough to head to our next stop. We also managed to grab a few photos by the book case before heading out. 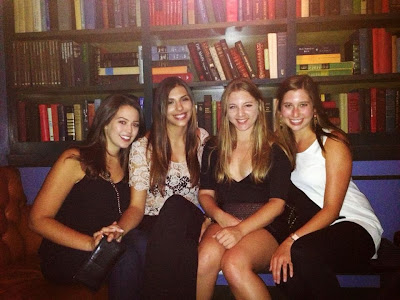 Less than a block away was The Standard- a swanky roof top bar that is surrounded by the downtown LA skyline. We waited in line and mingled until we got to the door. I think there is a $20 cover charge, but as a group of 5 college girls, we weren't asked to pay it (wee, perks!). Once inside the building you head up the elevator to the roof where the bar is set up. The whole place is incredible--lights and skyscrapers surround the building, the pool is lit up, and waterbed couches surround the upper deck of the roof. It was the perfect place to spend my first night out in downtown LA and to take an out of town visitor. 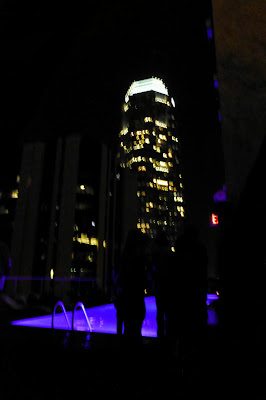 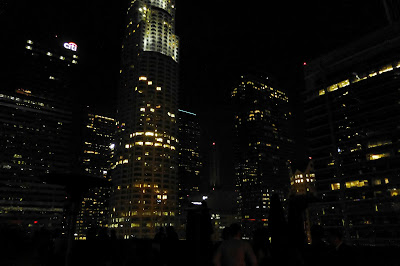 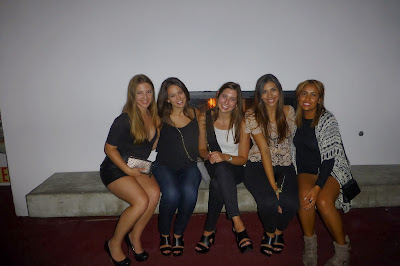 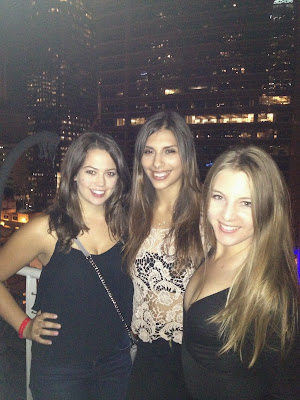 The best part about the swanky night is that it continued into our way back. Instead of taking a taxi, we ordered an Uber car to take us back to the house. The first time you sign up is a free ride for students and a chauffeured black SUV comes picks you up and takes you back home. It was such a fun night and definitely was the highlight of my week--although working 20 hours and taking classes Monday-Thursday didn't give it much competition. I'm already excited to visit a few other bars and restaurants downtown soon! 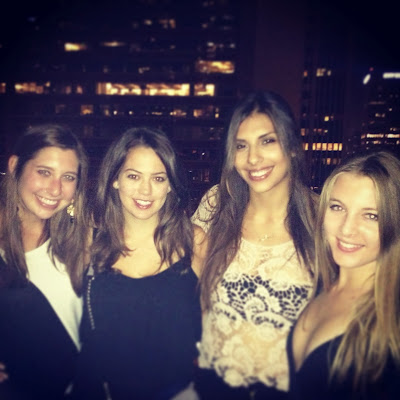 Posted by Watermelonsmiles at 1:14 PM