What happens in Vegas...

Vegas is known for endless buffets, high stake gambling, extravagant shows, the Bellagio fountains, The Hangover, and crazy clubs. My Vegas trip, however, didn't involve much besides the clubs, drinks, and hangovers. Which means it was a perfect and hilarious vacation from school/work and the best way to celebrate us all finally being a legal age. 5 of us had planned a trip to Vegas the weekend of the final 21st birthday and we defintiely had a celebratory mindset going into the weekend. 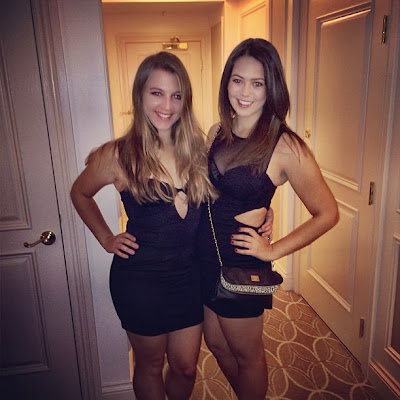 We left on Friday around 3 after everyone got off from work, packed our bags (including an entire bag filled with drinks ranging from a birthday present bottle of Patron to hangover cures like Powerade), and started the road trip playlist. The drive is a short 5 hours, but we quickly changed our mind about waiting to get dinner in Vegas once we reached Barstow. After being stuck in the middle seat and with our phones dying, everyone was starting to get hungry and cramped. A quick stop at I' n' Out and one double double protien style burger later, and our group I was much peppier and we were back on the road. 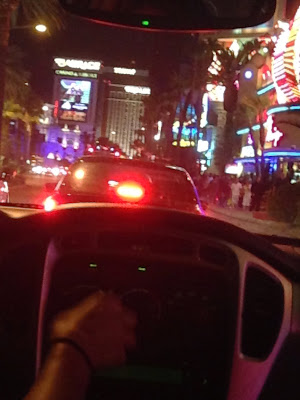 As we pulled into Vegas, I attempted to take pictures of the strip from the car and got extremely excited for the weekend. We parked in the Venetian parking lot, and checked into our room. I have only been used to the Vagabond hotel by USC and budget hotels around Europe, so I was extremely impressed with the room. It was huge and perfect for five girls since it had two queen beds, large sofa bed and a huge bathroom to do make up in. Since I couldn't balance how badly I wanted photos and how embarrassed I was to be taking them, the photos aren't great. 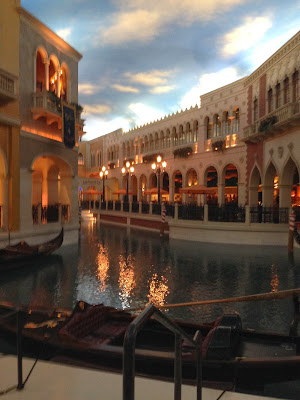 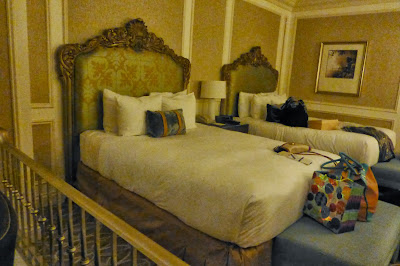 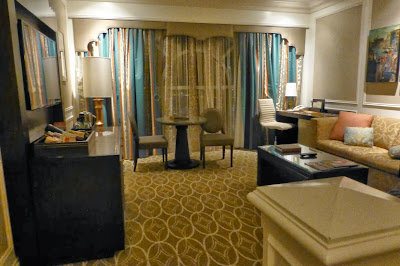 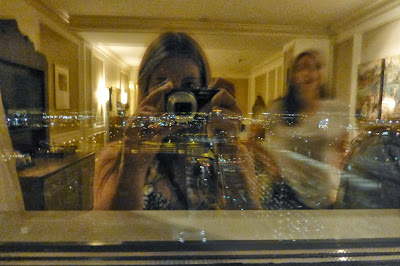 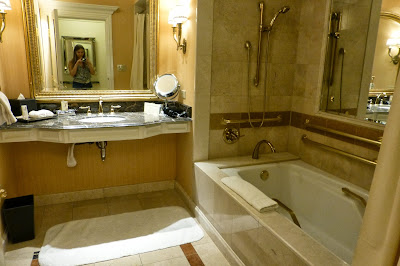 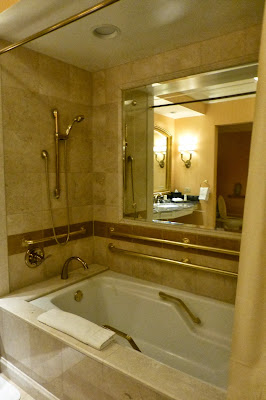 It was already around 8pm and we were there to celebrate,  so we brought out our suitcase of beverages and set up our own little bar on the desk complete with a small bottle of patron (I don't normally touch tequila but I made a two shot exception this week). After a few drinks in our hotel room--we are college students on a budget after all--we headed down to the Venetian casino to try our luck at gambling. I intended to donate $20 to The Price is Right slot machines, but after my friend Andrea won $40 from a $1 bet and I had lost $7, I put an end to my high rolling ways. We walked around briefly before being approached by a club promoter and getting VIP tickets the hotel's club Tao and tickets for their day club. 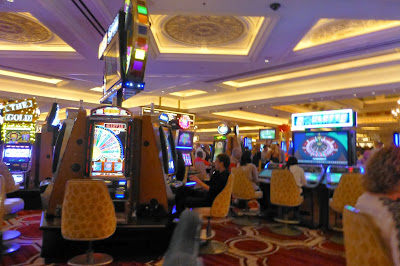 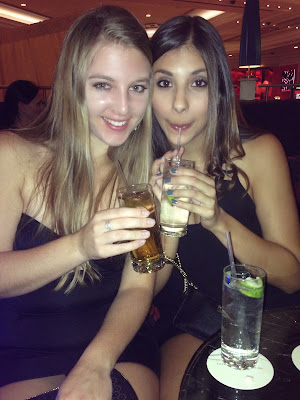 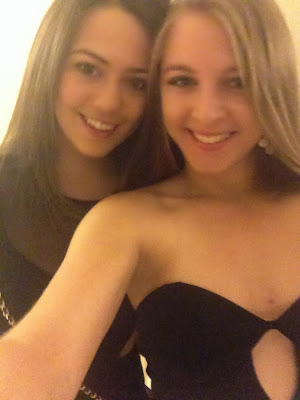 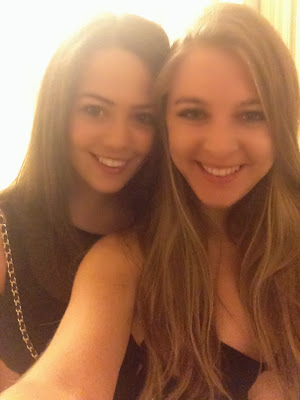 After using our complimentary drink cards from check in, we headed in to Tao relatively early at 11 with no line or fee. Ends up being a group of 21 year old girls has it perks, and we made our way to the VIP area and were invited to drinks that included a massive bottle of Grey Goose--aka the best way to feel like you're living the luxurious life. From our spot we could see the whole club and it was crazy. From the girls in bikinis in glass boxes to the dancers in the bathtub with shell pasties literally three feet away from us, Tao definitely gave off the Vegas night club feel. 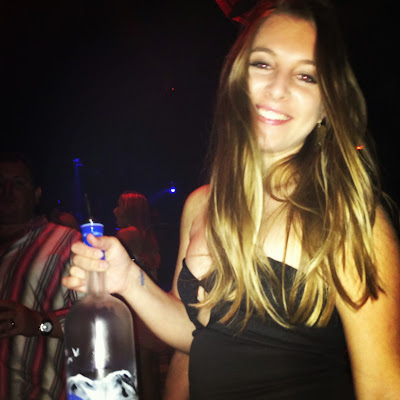 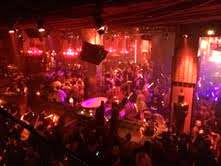 The night ended on the earlier side around 2:30 with some late night food of pizza tomatoes because apparently I am an extremely strange person. Don't worry, I fixed this issue and went for the pizza slice the next night/morning.

Going into Vegas I was excited, but didn't have any real expectations of what we would be doing, how the clubs would be, or even what the hotel would look like. The result: by the first night I was blown away by the extravagance of the clubs, how I wasn't spending a million dollars, and just how much fun we had from getting ready (stressful dress shopping the week before paid off) to dancing in the clubs. My worry that the next night wouldn't live up wasn't necessary either--we would be up to 5 am, seeing celebrities, and partying to Afrojack soon.

Posted by Watermelonsmiles at 7:40 PM