Saturday ended up to be a little bit of fail which had something to do with dehydration and missing all the concerts, so we will move swiftly past it.

Easter Sunday included brunch with Madison's family and a nap before heading out at 3. Outfit--my daisy sneakers, cut off shorts, blue crochet top, and a flower crown. 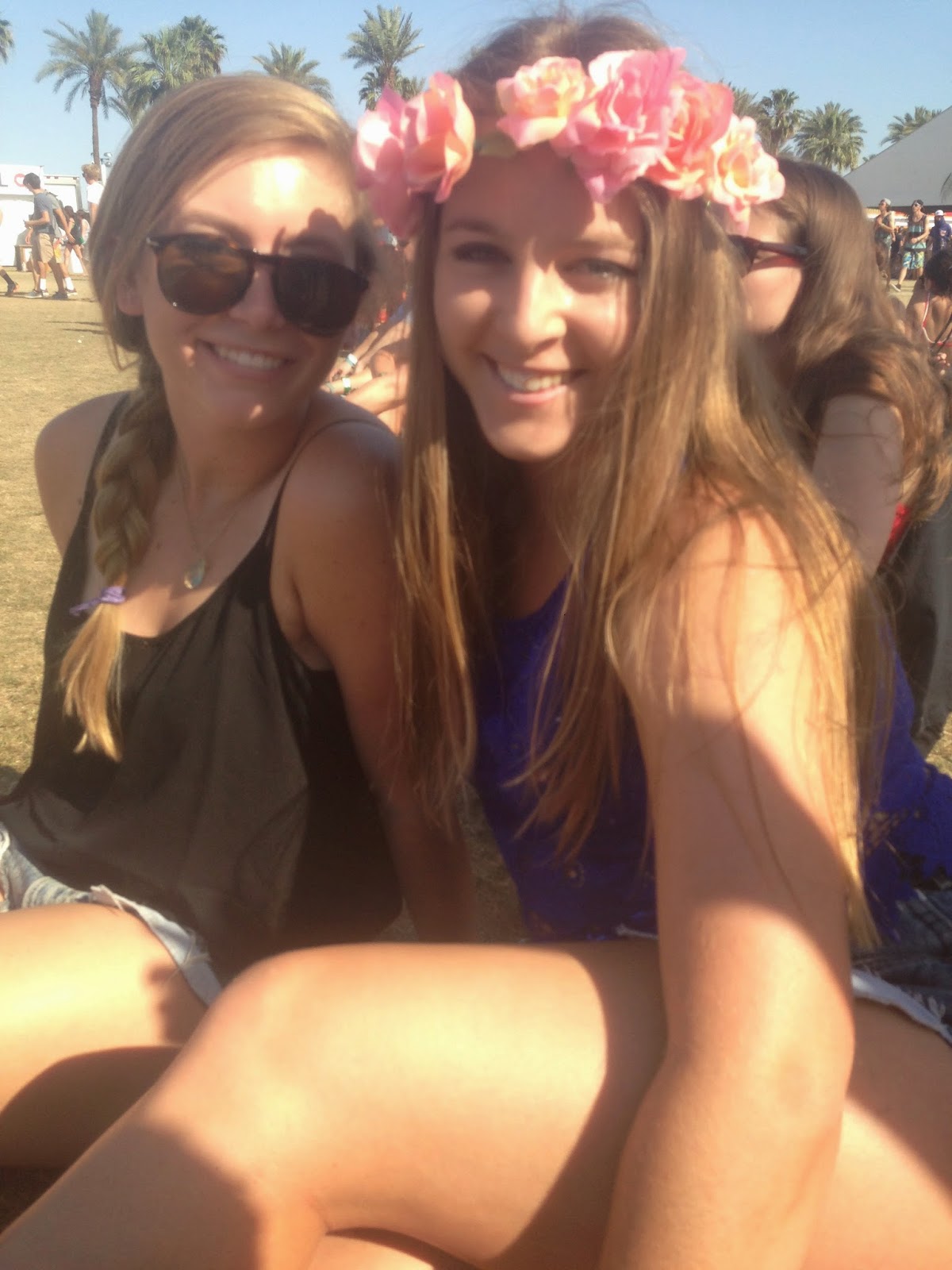 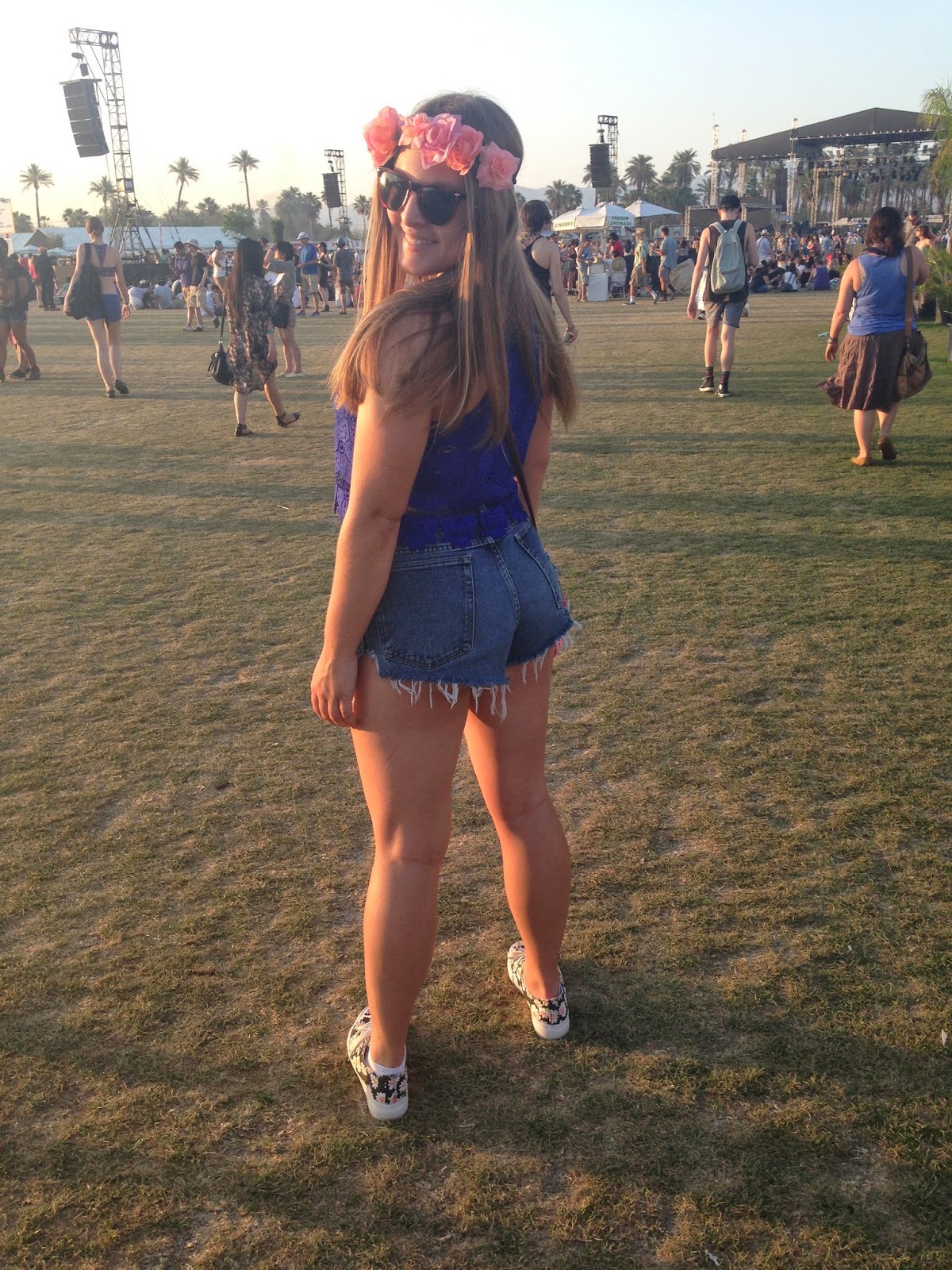 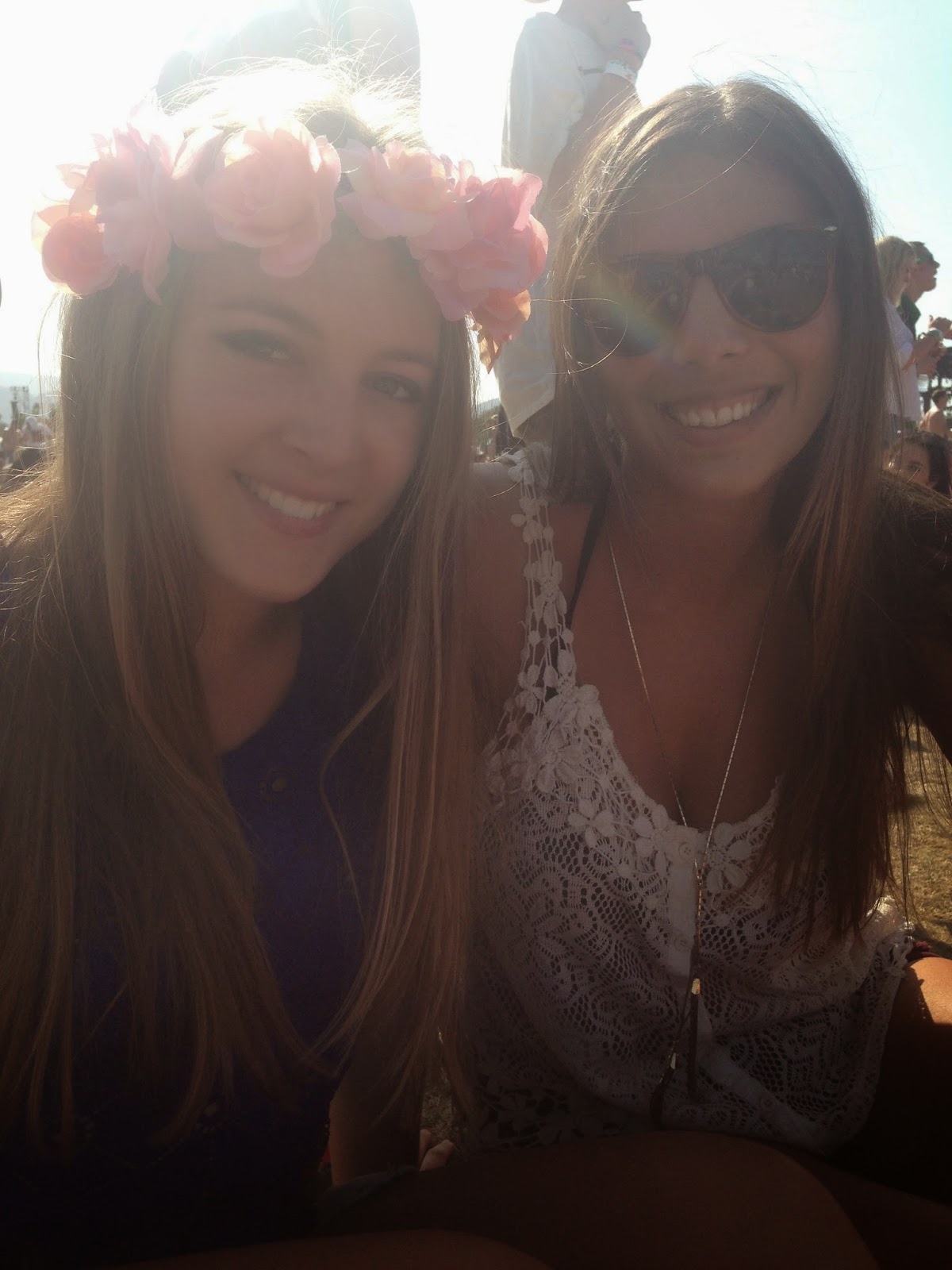 Although I didn't know The 1975 that well, we started off our day by sitting on the grass and watching their set before heading off to explore a little bit. We had already seen a lot of the art installations--it's a little hard to miss the moving giant astronaut or the tall robot in the middle of the festival--but we wanted to check out the Do Lab. 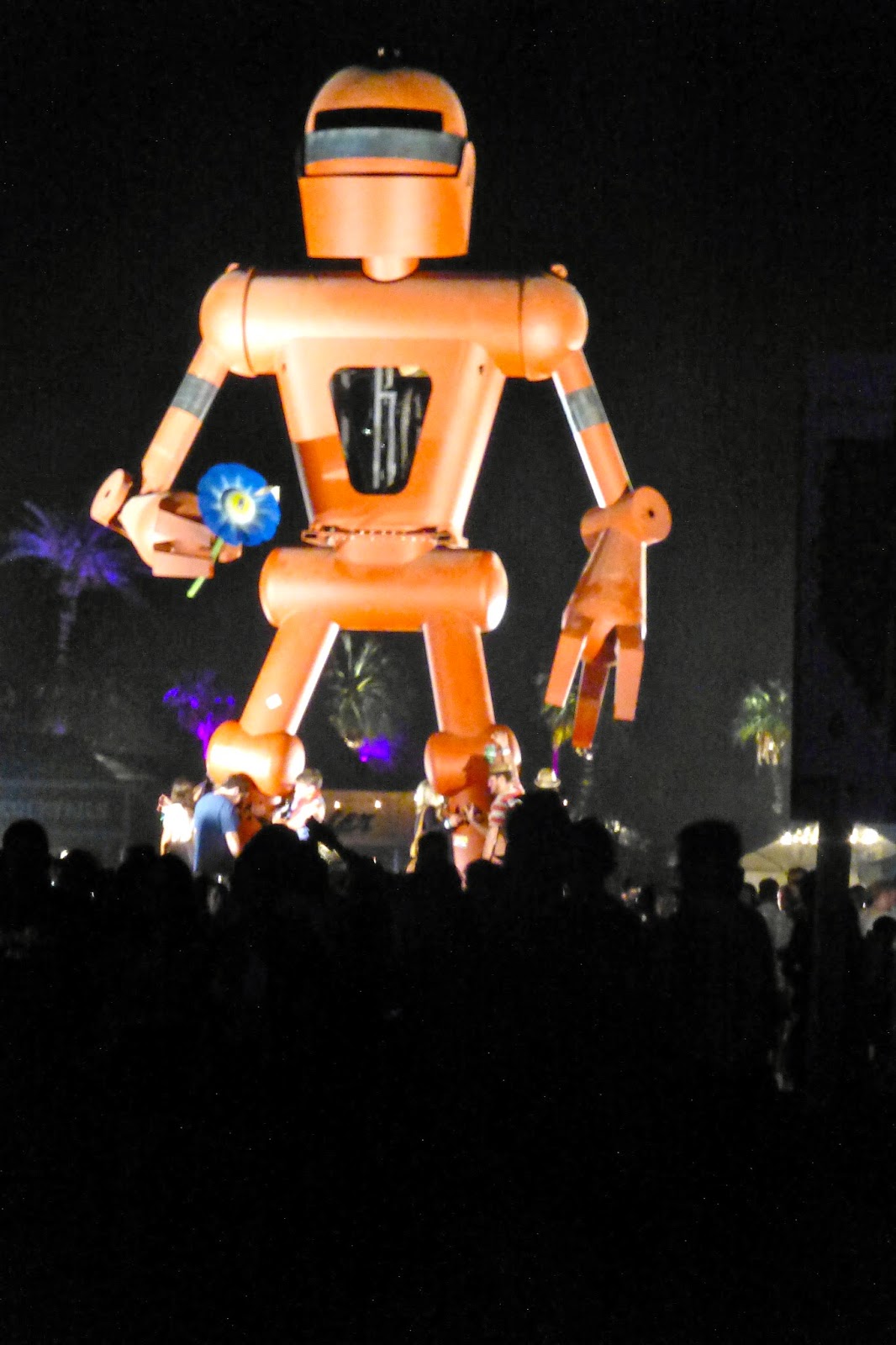 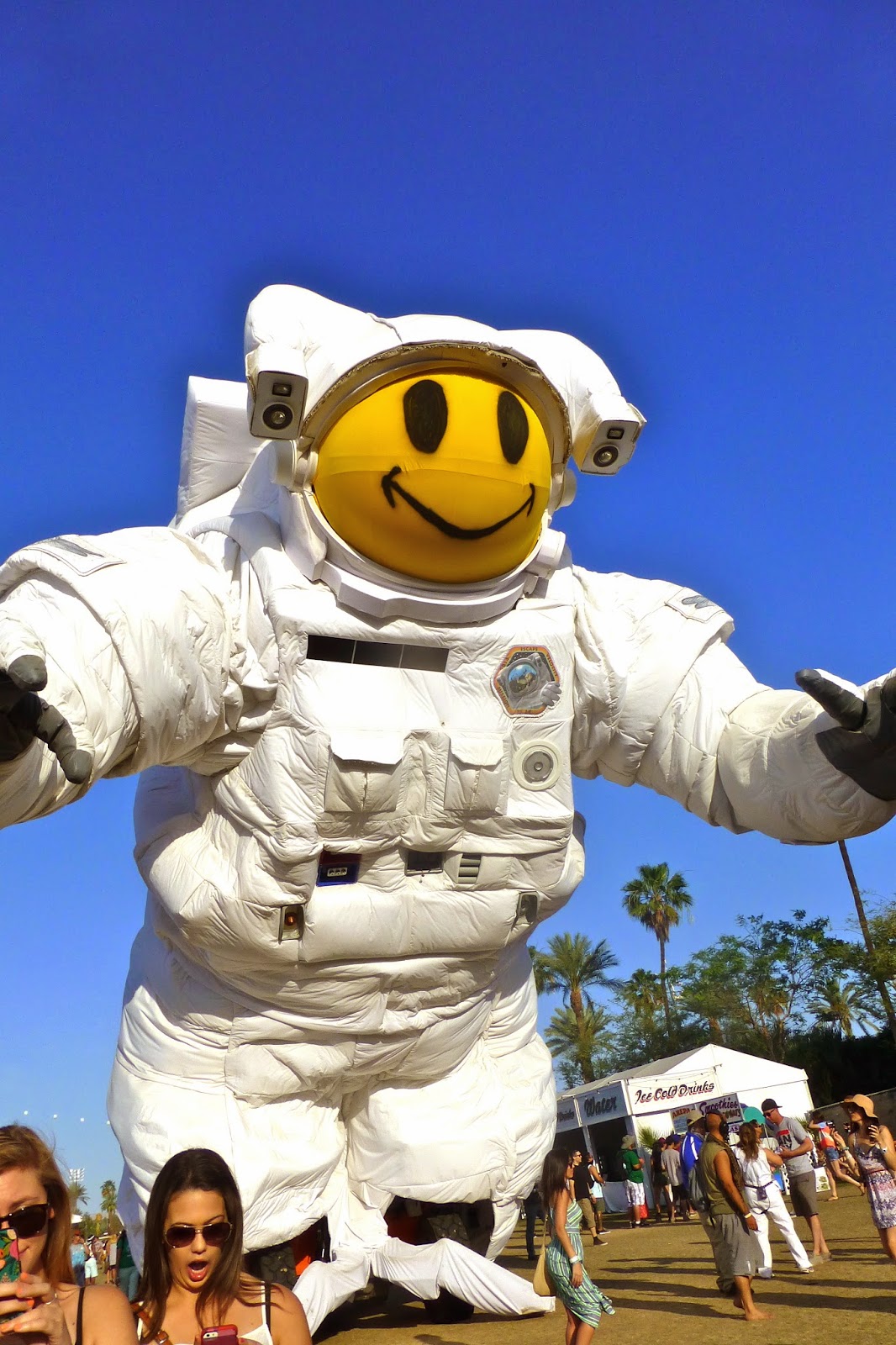 We met up with a few other friends from SC, and took their advice on trying a famous Portland ice cream stand to fuel our exploring. After grabbing a salted ice cream with carmel cone, we had fun looking around and listening to a random DJ at the Do Lab. It was made even more fun by the fact that there were misters and water guns all over the area to keep us cool too. 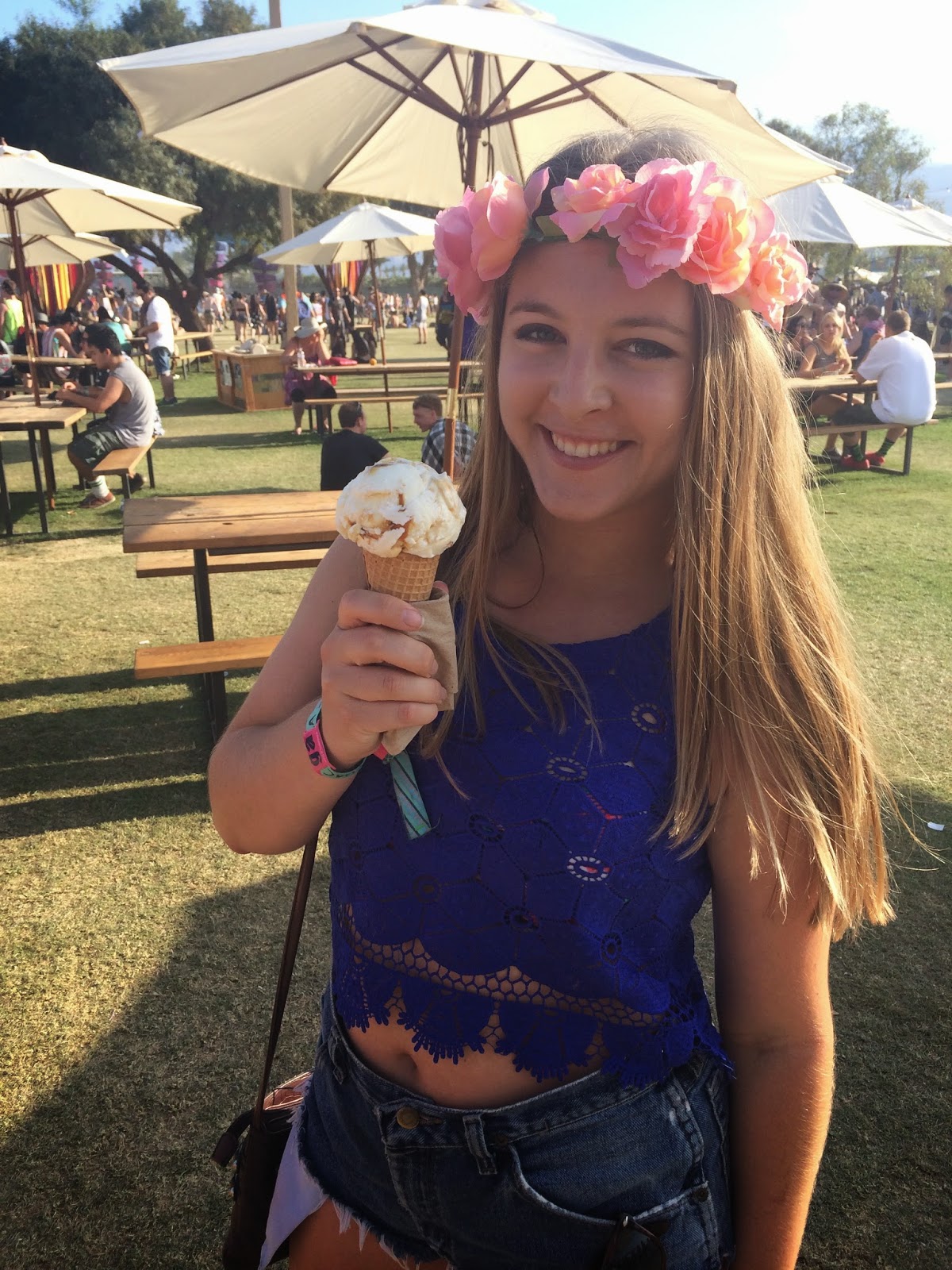 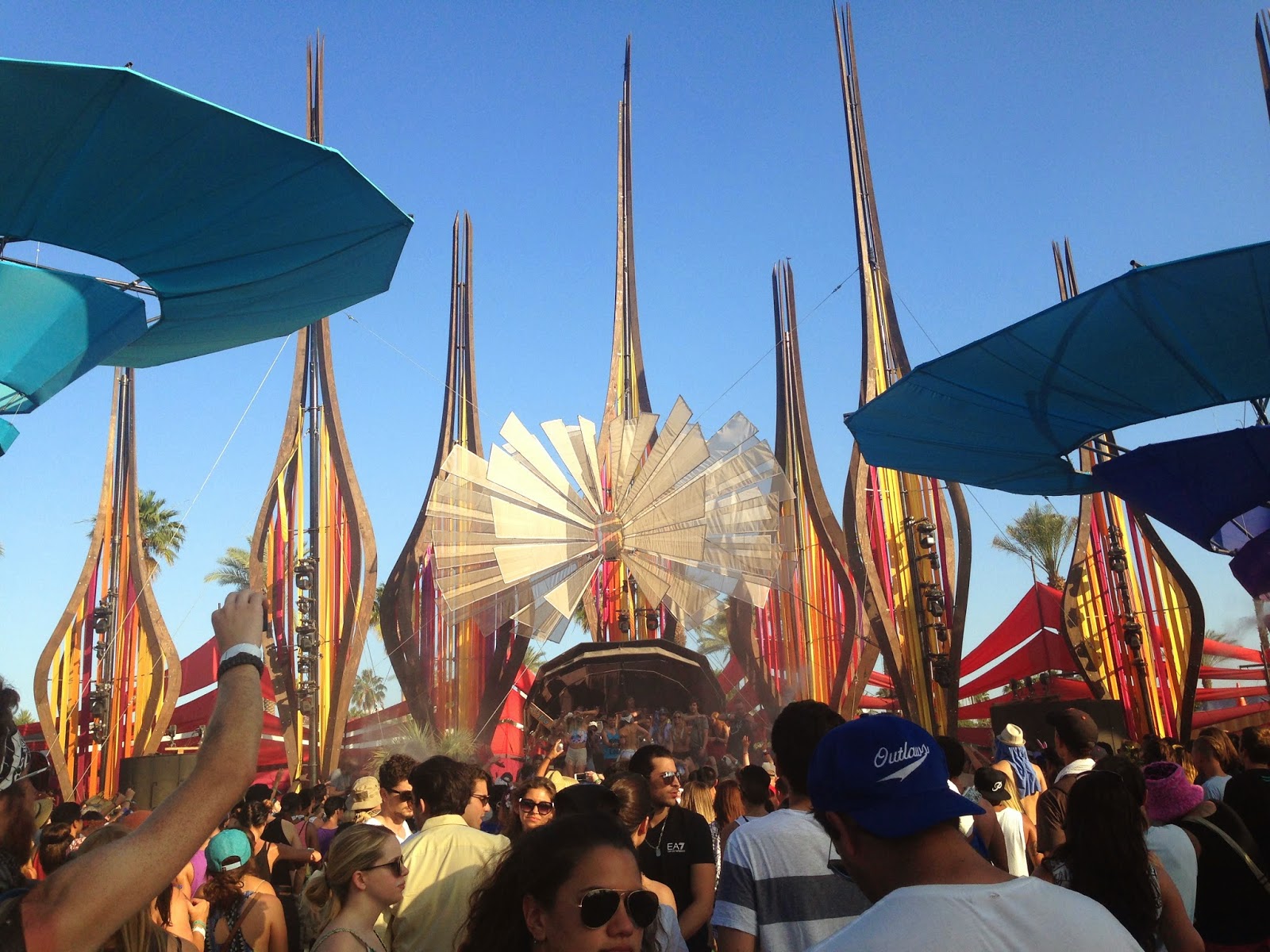 We eventually found ourselves wandering into the beer garden by the Coachella stage for a beer (expensive but cold and so nice) while we sat on our scarves/handkerchiefs and listened to The Naked and Famous in the background. Sitting, talking and listening to live music with a beer was the definition of pleasant, and in that moment I kept saying I couldn't be more content. 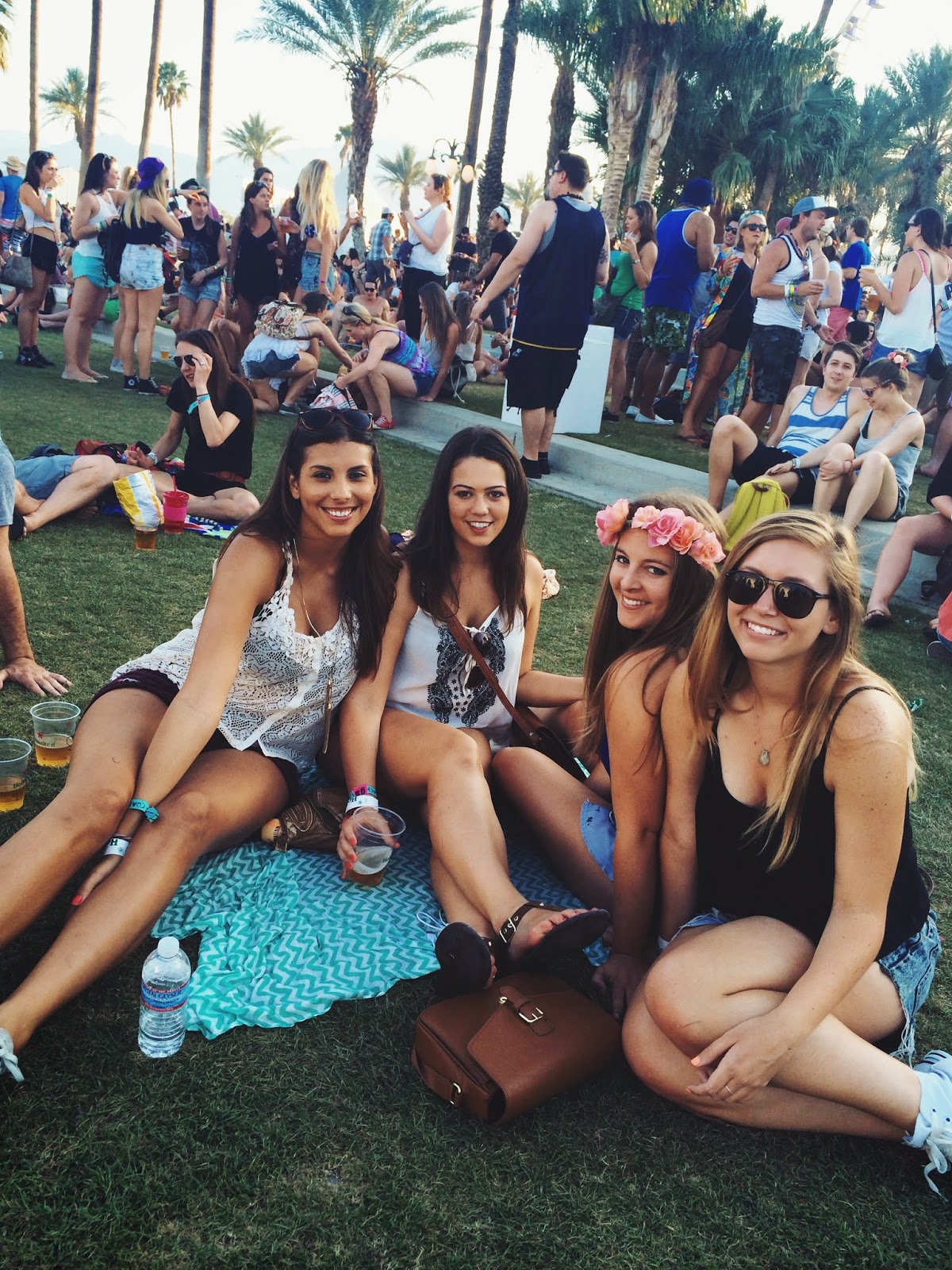 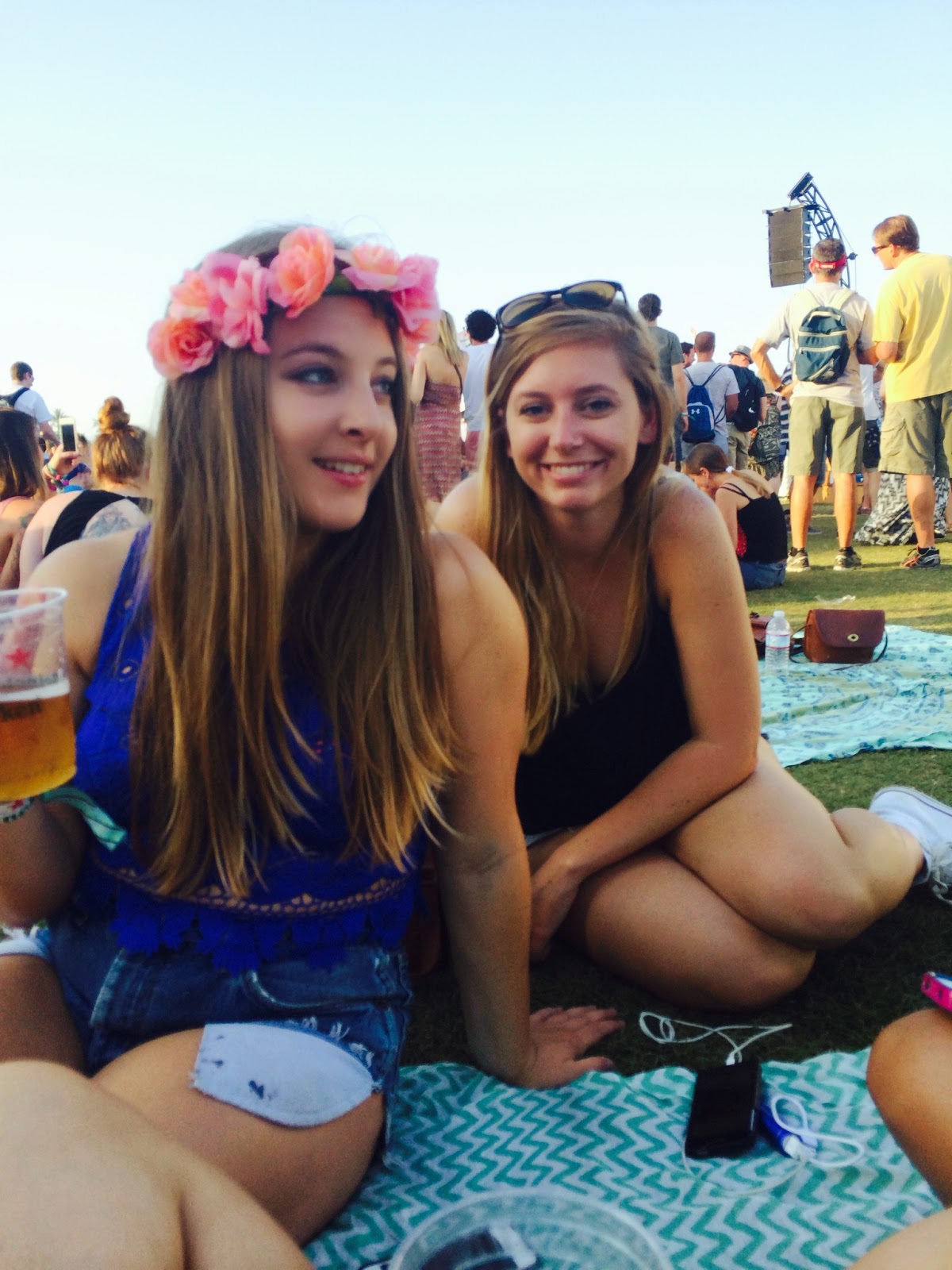 Calvin Harris was amazing and the crowd was going crazy (me included since I ended up on someone's shoulders for part of a song), but we knew going into it that we were going to leave early so we could make sure that we wouldn't miss Lana Del Rey. 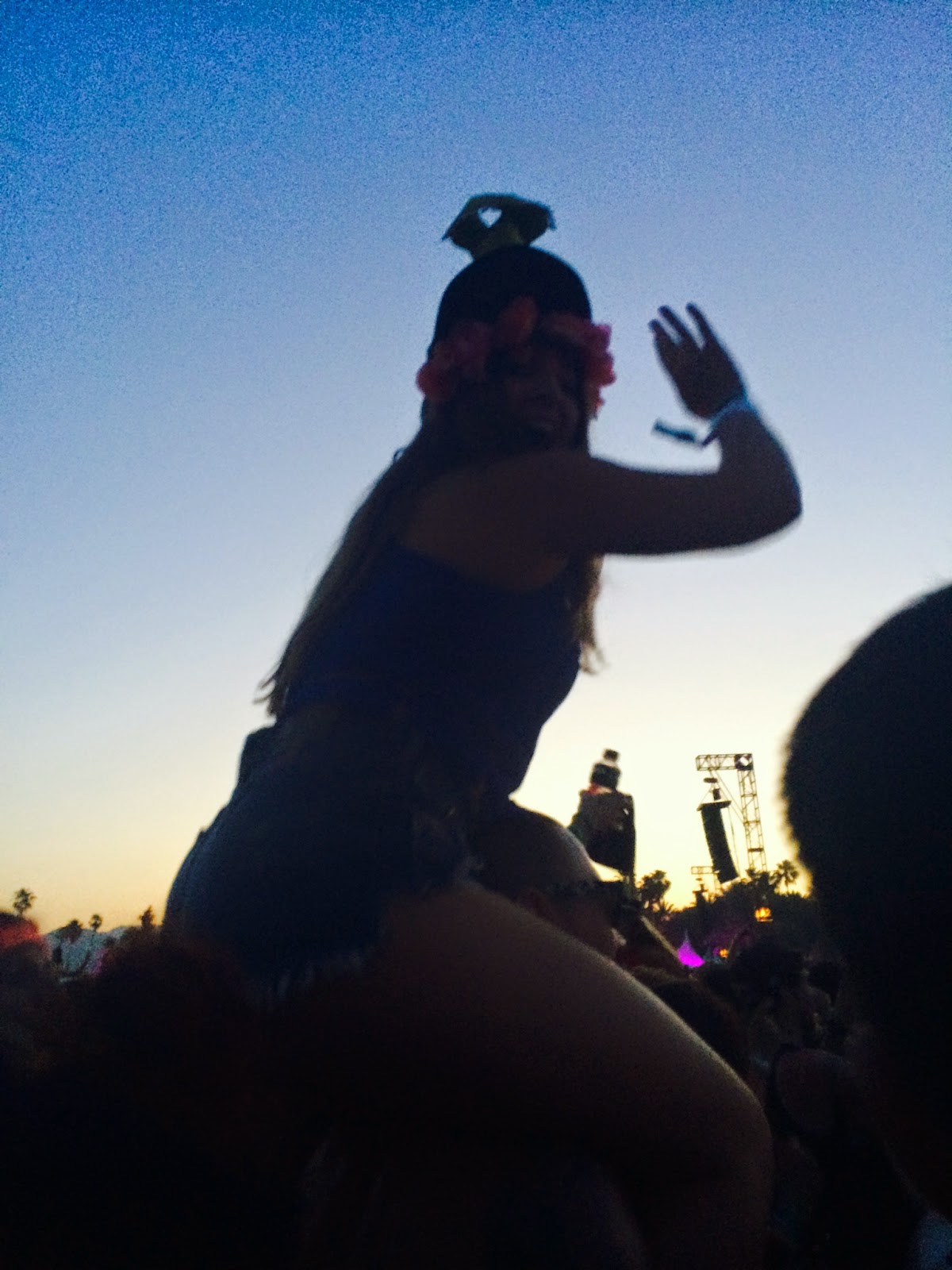 Going into the weekend, Lana was the one of the artists I was most excited for and she did not disappoint. From being barefoot on stage and kissing her fans on the cheek when she walked into the crowd, she was flawless. It may have also been from the stress of the weekend, but I almost teared up during her set. 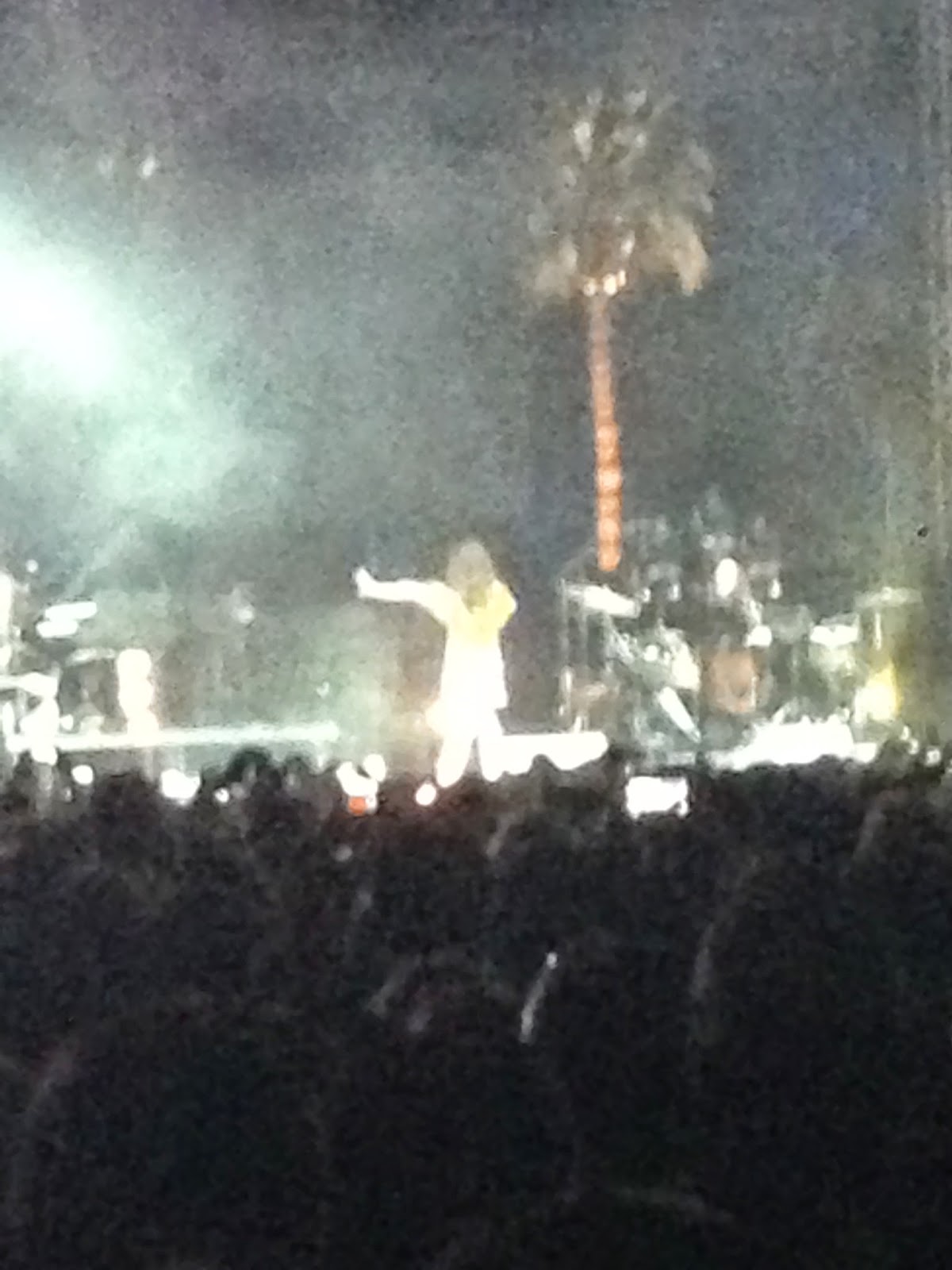 After her performance ended, we fought our way to get food (I got crab fries, but they made me feel a little sick) before seeing Disclosure. We left Disclosure a little early because we wanted to make sure we had decent spots to see Arcade Fire. I wish I had words for how amazing Arcade Fire was--it was the perfect way to end the weekend and they are one of the most incredible live bands I've ever seen. Everything from their outfits and dancers to the short appearance of Beck (who we missed due to Disclosure) was amazingly well done. 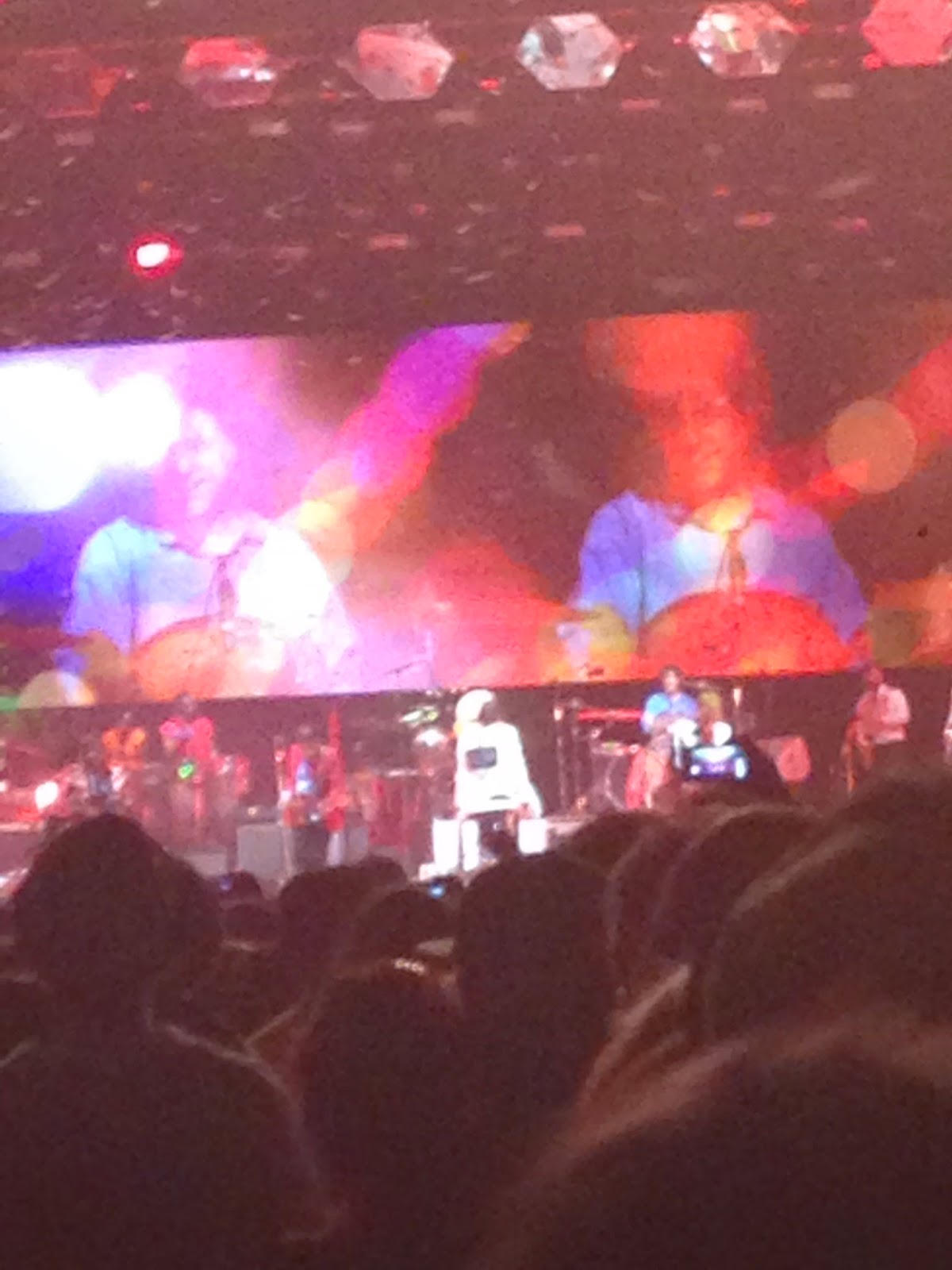 The best part was at the end after everyone is pumped up, and they walk out into the crowd and the every person at the Coachella stage starts singing. It was an unforgettable experience, and truthfully it made me so happy because I knew that even missing Saturday, I walked away from this weekend with positive memories and seeing acts that were incredible.
Posted by Watermelonsmiles at 4:33 PM