Scott has been going to Comic Con since high school, and my jealously has been slowly growing each year. I've gone from not watching any TV in high school to slowly developing a (too?) large amount of dedicated shows that I can quote and happily discuss. From a Game of Thrones obsession (Kahlessi) to casually doing Troy and Abed's friendship hand shake, my dedication to the shows that Scott and I watch has grown exponentially. In the last year or two, I've decided that some way or another I was going to join Scott and experience the nerdiness myself. Even better, this year one of my best friends from college was going to be there working at Marvel's booth. 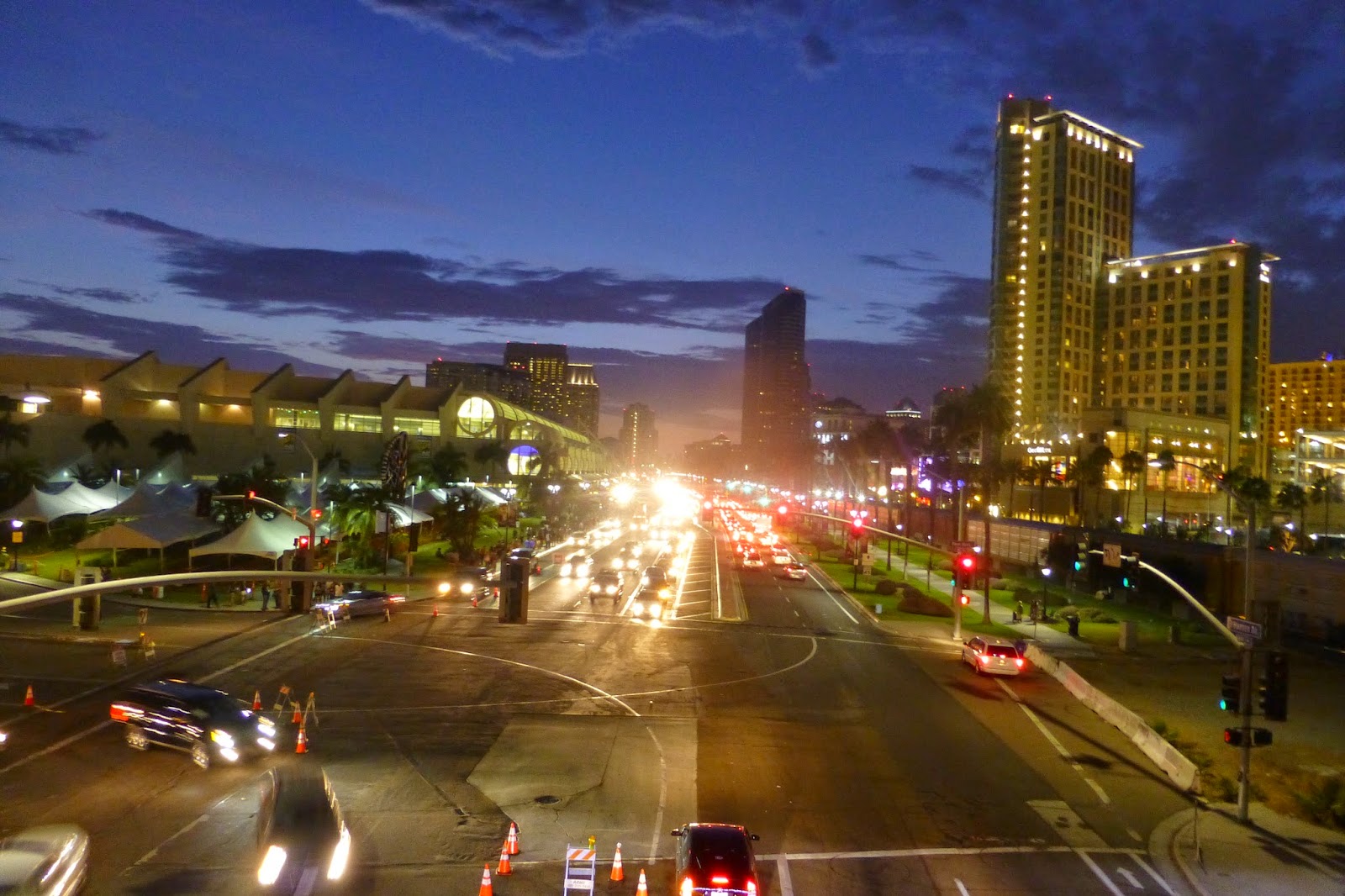 After pulling some strings, Scott got us tickets for Saturday. Once I heard the news, I made an appropriate Game of Thrones T shirt purchase (You know nothing, John Snow) and started planning.

Our brilliant plan was to drive down to San Diego after we both finished work on Friday. I got off a few hours early to make it to San Jose, and by 6pm we were in a car full of snacks and slight delusions about the length of the drive. Luckily, we've mastered road trips with a formula of rediscovering songs from high school and making an In -n- Out stop at Kettleman city for dinner. All it took was a little caffeine and finding some country radio stations, and we finally managed to roll into Encinitas at 1am.

While we had plans to get up early, the long car ride had taken its toll and we waited until a few minutes before the con started to slip inside. We were really lucky to get some free passes in exchange for helping out at opening and closing through Scott's family friend, so after hanging around at the booth for a bit, it was time to explore. 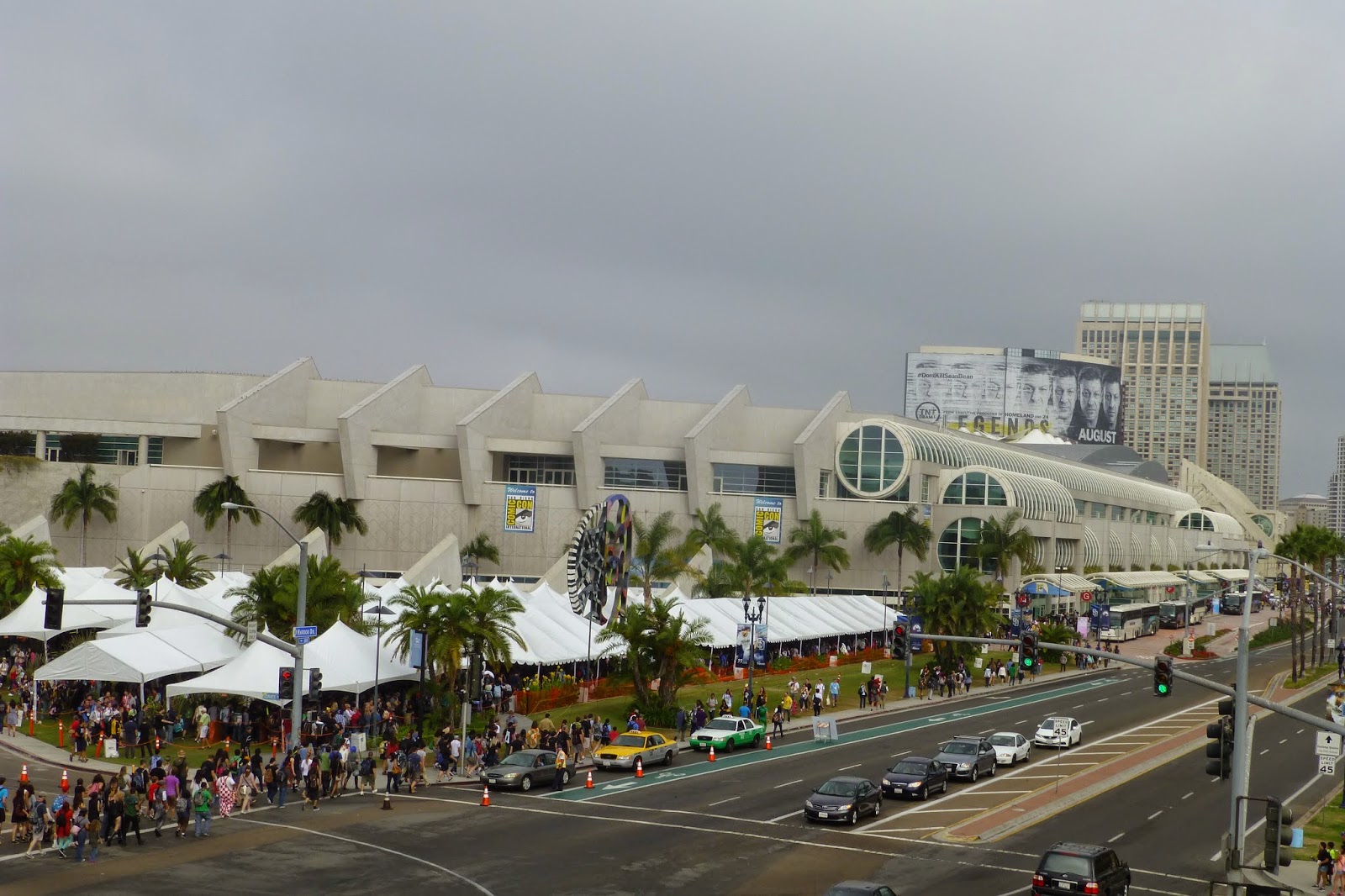 My first impression was that Comic Con literally had the best people watching I think I've ever seen in my life. While not everyone was in costume, there were all types of outfits out there that ranged from impressive and expensive to extremely questionable. Besides an impressive GOT cosplay, it was more fun to watch and judge discuss the outfits with Scott than take any pictures. 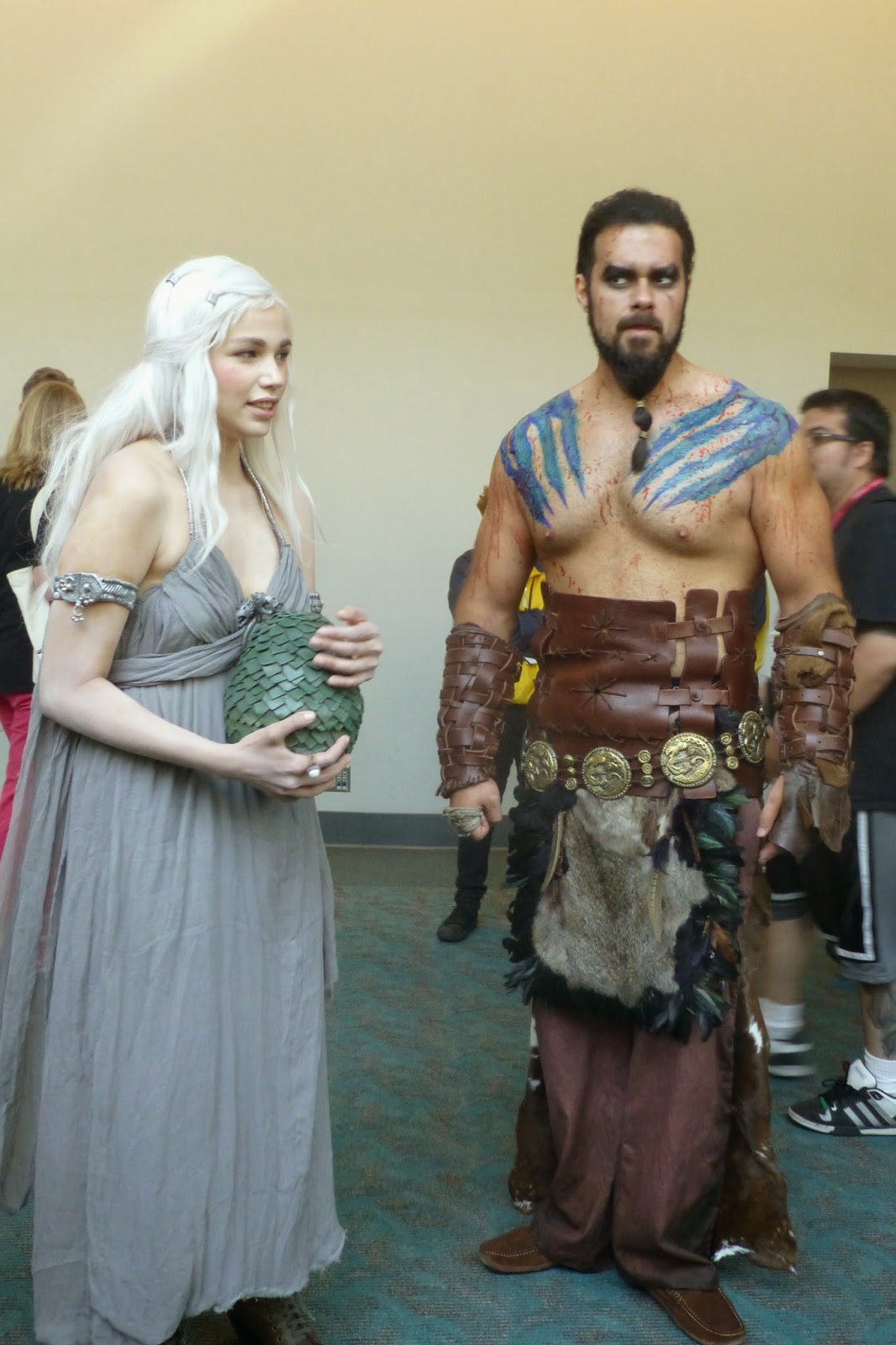 The actual expo itself was a little overwhelming during the first walk through. There were lines, people pushing, and a bunch of things/booths that I didn't recognize. But I still managed to grab a creepy photo (it's a special talent), see the cast of Arrow (I only have seen a few episodes from when my brother had a control of the TV after his wisdom teeth, but that is a beautiful man), and walk by the man behind The Oatmeal (who is also good looking?! What about all that talk about the blerg?). 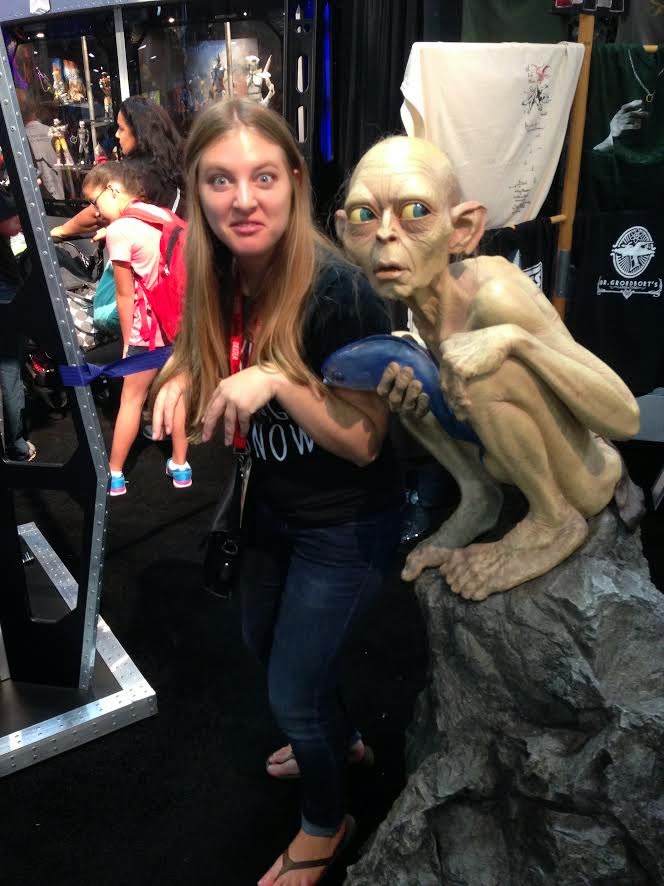 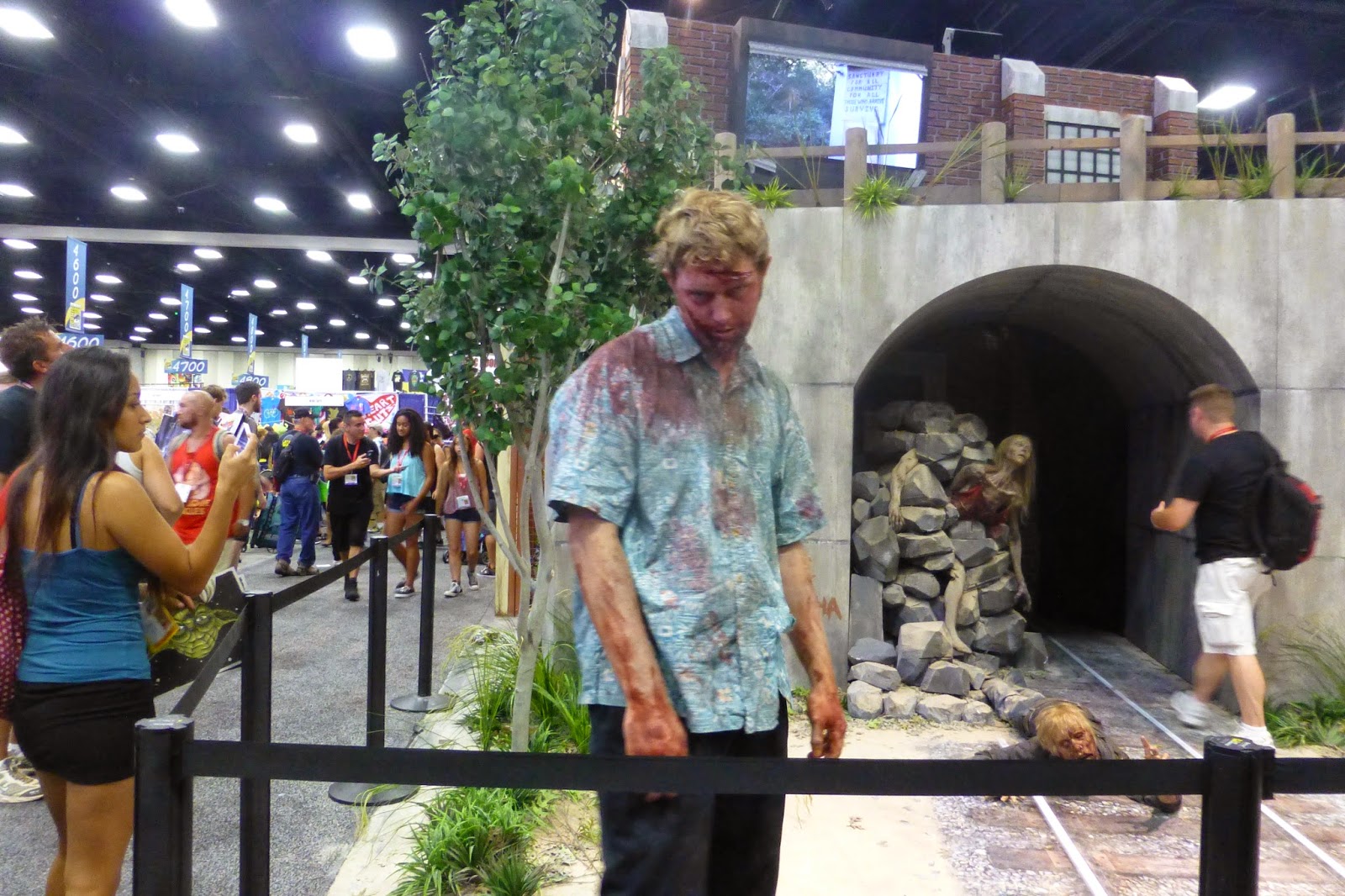 Once we were back at our booth, Scott and I made a game plan for our next couple of hours. We decided to sit in on a panel for Grimm since we had finally caught up on the season finale the weekend before.

We were able to get into the conference room quickly, and listened to the Family Guy (funny) then American Dad (so awkward and quiet) panels before Grimm came on. Since it's not crazy popular, it was awesome to see the entire cast at the panel and be pretty close to the front. 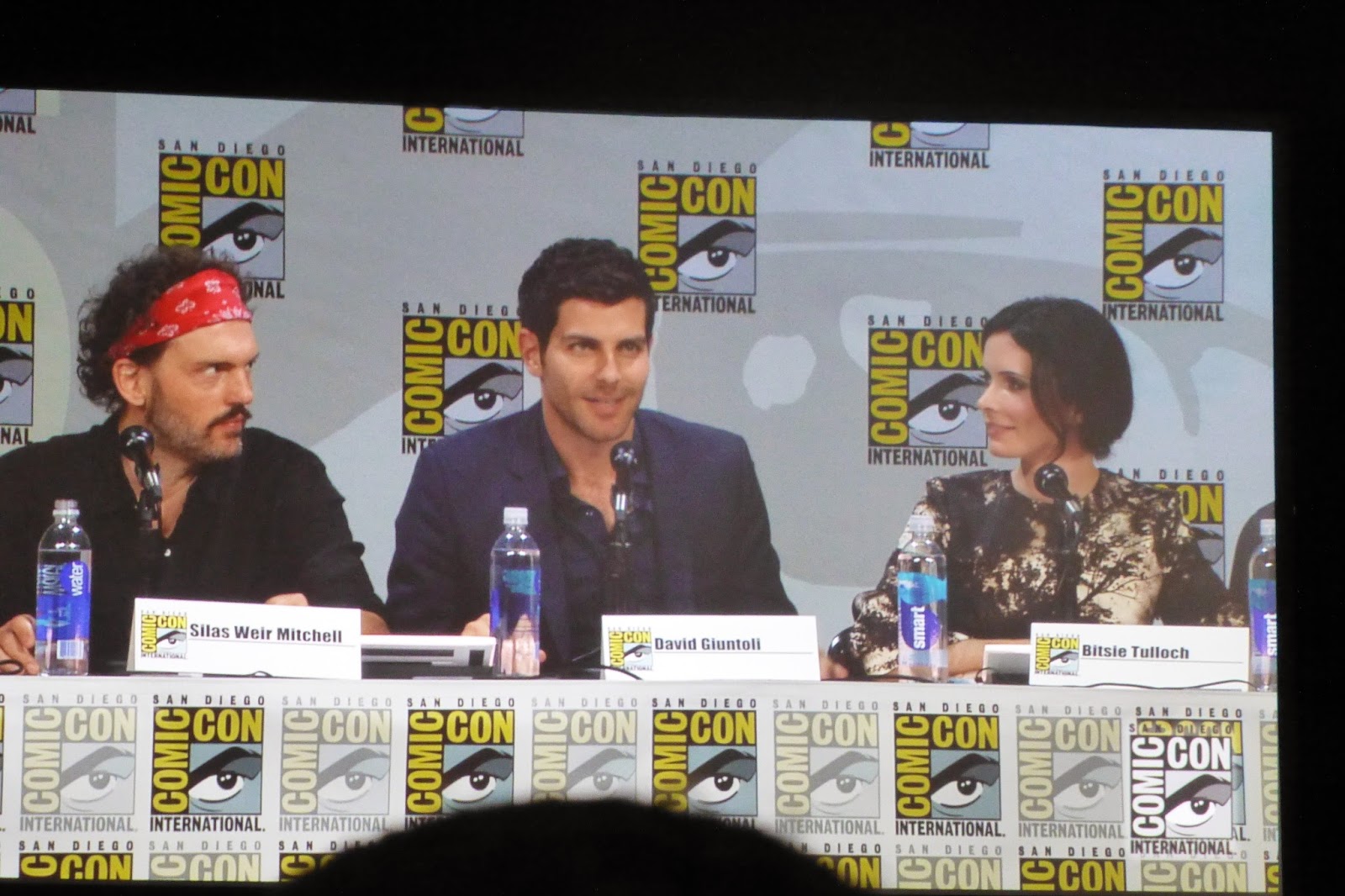 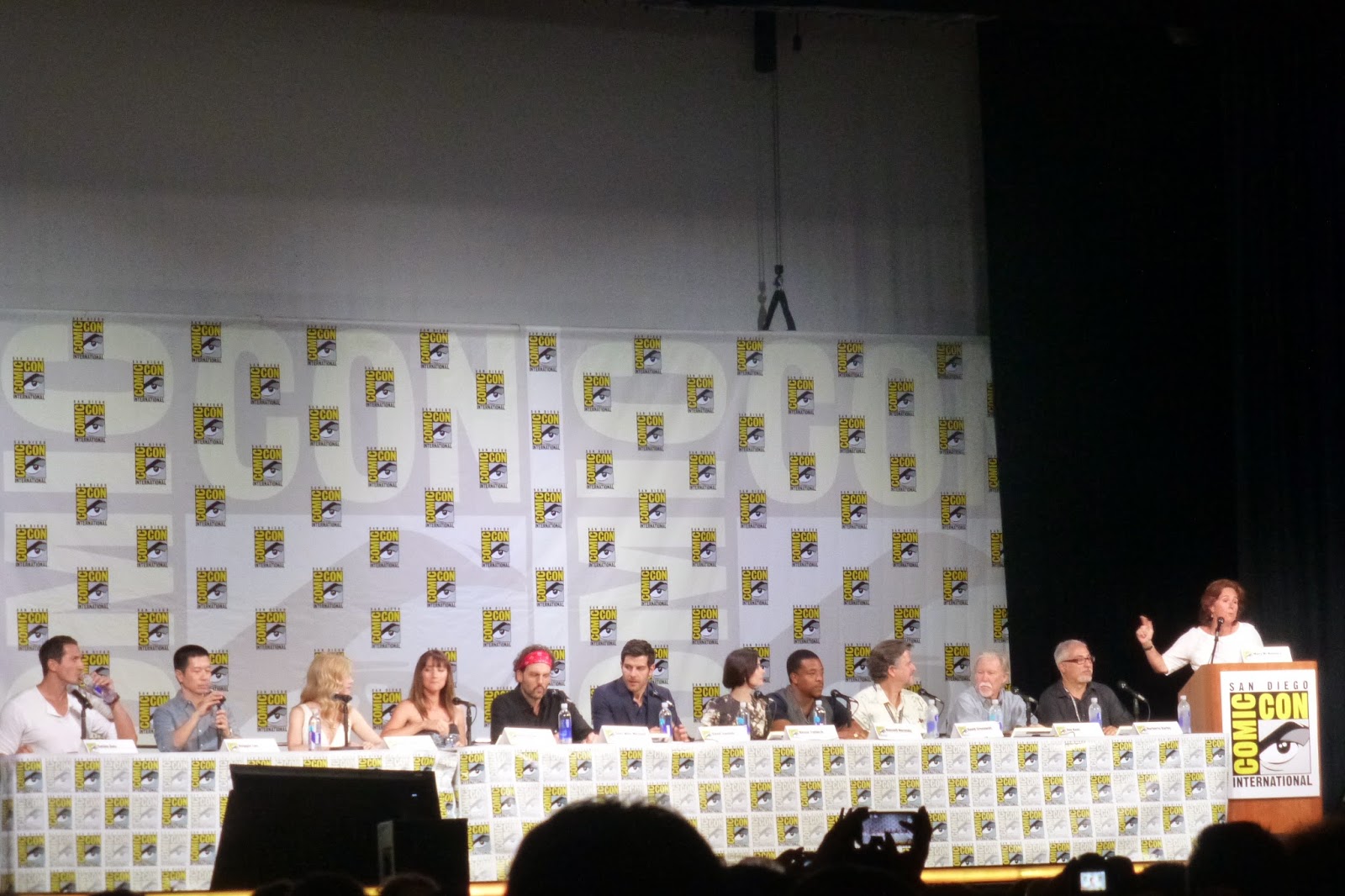 After, Scott and I headed back down to the main area in an attempt to say hi to my friend at Marvel. Instead we stumbled upon the Avengers signing, and with a boost from Scott (best boyfriend ever), I saw Chris Hemsworth, Chris Evans,  and Colbie Smulders in all their good looking glory. My day was made, and luckily I was able to stop by and say hi an hour later once the mob died down.

The rest of our time at Comic Con was spent grabbing some food from Ralph's before helping to close the booth we were working at. Although I think Scott and I were both exhausted, we had big plans to go out in the gas lamp district.

We swung by Point Loma to pick up Scott's friend, and wandered around downtown San Diego until we decided to try out Lucky Bastard. We grabbed beers and a booth and hung out until Maddie swung by for a half an hour. Eventually, we called it a night and headed back to Encinitas with a lazy Sunday and long drive ahead of us the next day. It was a perfect mini trip to San Diego, and a check off the bucket list that I hope to cross off next year.
Posted by Watermelonsmiles at 9:06 PM