I'm having a hard time keeping up with the blog when I have a million other things to do, but seeing as how I'm leaving for Krakow at midnight I started to stress about how I haven't written a blog post about my Copenhagen trip. My Copenhagen trip was AMAZING. I wanted to put all the pictures onto this blog post, but had to refrain (Facebook got the full wrath of my camera frenzy). My trip started off with me taking public transportation to get to the plane, checking in, and finding my gate. The fact that I made it without any hiccups and completely by myself still shocks me now. I felt very adult and responsible. I ended up finding another CIEE student on the flight so we boarded together. The plane was the smallest plane I have ever flown on, and we were both a little shocked when we pulled up next to it. 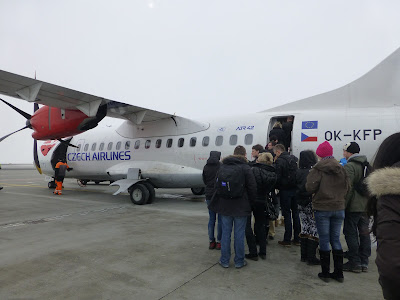 Scott picked me up from the airport, and we headed back to central Copenhagen. We spent the rest of Friday afternoon relaxing, catching up on TV shows, and getting dinner before getting ready to head out. We went to a bar called Billy's Booze in downtown Copenhagen. It was much more expensive than Prague (but a lot less smokey), and a cute guy bought me a drink ;). 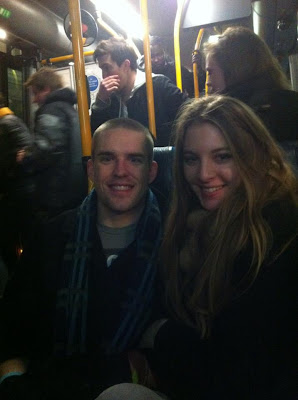 Saturday was our big sight seeing day. We started early and started our walk to the center of Copenhagen. Typically to get to central Copenhagen, you need to cross a bridge. But when we got there the bridge was all blocked off by the police and no one was allowed to come close (we found out later that it had to do with political protests). Since there was only one bridge to get over a huge lake, we weren't sure what to do until we saw a line of Czech people just walking across the frozen lake. Even though every instinct told me not to (thanks Mom, Dad, and June Lake), we decided to follow the Danes. I didn't even fall crossing it (but I did have a death grip on Scott). 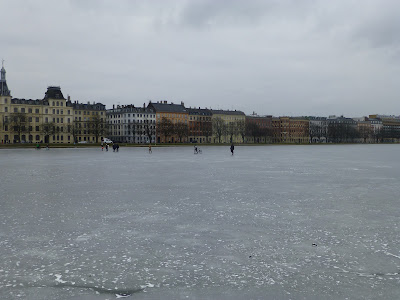 We finally stopped by a famous bakery to grab some pastries (there were no Danishes--ends up they aren't actually from Denmark), and then to the student center to grab coffees. I had a Cappuccino which was delicious and pretty, and then immediately attacked the pastries. The middle one below was by far my favorite pastry. It tasted like a doughy roll with cinnamon inside, but the icing on the right "Snail" pastry was unbelievable. Seriously like heaven. After caffeine and sugar, Scott and I were ready to begin our city tour out in the cold. 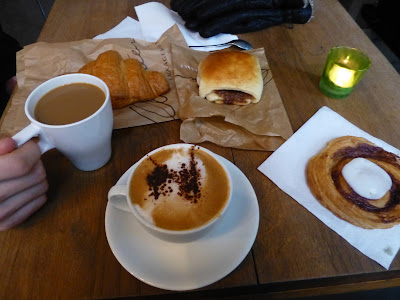 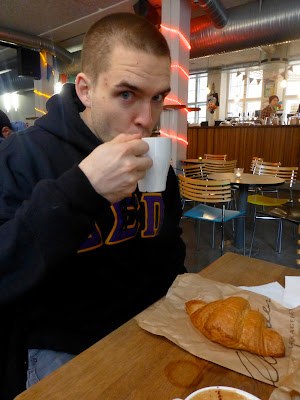 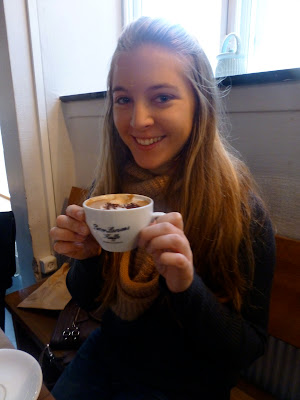 Our first real stop, not counting Scott pointing out all the buildings along the way, was at Rosenborg Castle. It was the summer castle of a Danish king, and apparently when he got too drunk in the city he would hide his keys to the castle in the Lion's mouth. We bought some tickets to visit the museum and it was such a good buy--there were so many cool exhibits and rooms, not to mention the floor filled with all the crown jewels. Technically we were supposed to pay to take picture, but we were very sly and got some good ones. 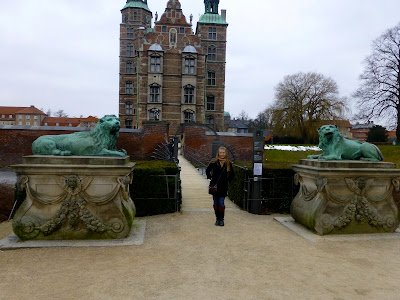 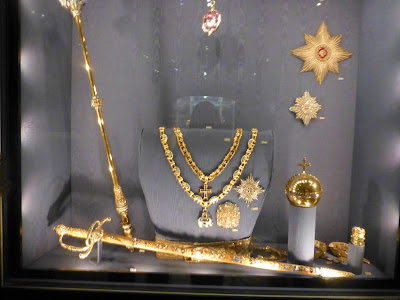 We then walked a lot around the city. We saw a lot of the city, and went on a walk along a frozen river. It was really pretty but also really cold out at this point. I was regretting not bring long underwear and my fur headband, but I had my keep warm method working for me. You take a deep breath into your scarf and then bury your face into the warm part. 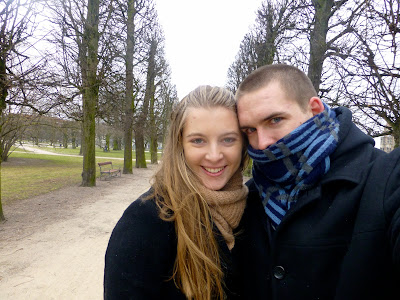 Our walk along the river ended up going a little longer than we expected because we kept expecting their to be a bridge to the other side. Once we got our map out, we realized that there was no way across. After staring at how close we were and how small the river was, we finally decided to cross the ice (and take some photos of us doing it). 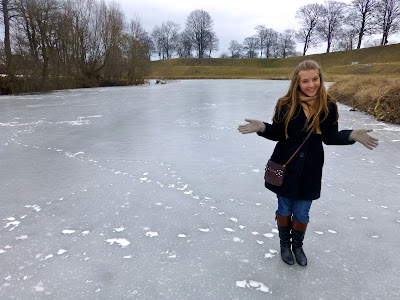 On the other side we stopped by some cannons and windmills, and we're finally on the right path towards the ocean and little mermaid. 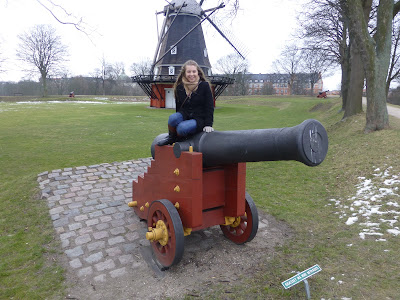 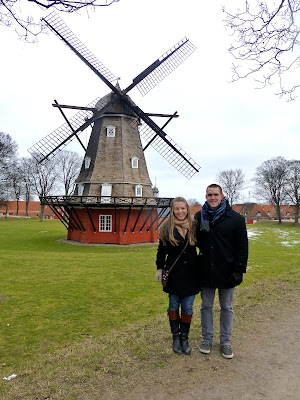 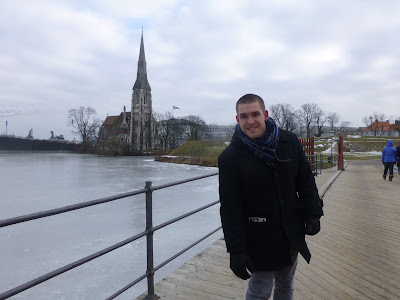 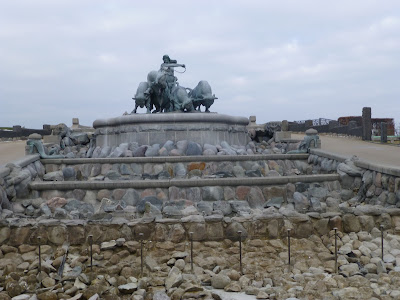 I FINALLY SAW THE OCEAN. It felt like home if home was absolutely rigid cold and was so windy that no amount of scarf breathing could keep you warm (I'm aware of how weird that sounds). But we finally made it to the little mermaid which was pretty exciting since it was the only landmark I actually knew about before coming to Prague. 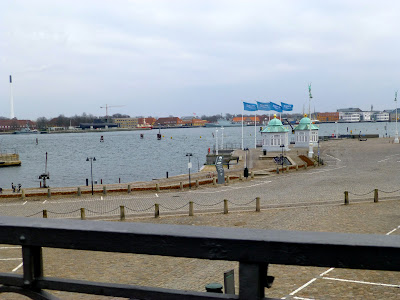 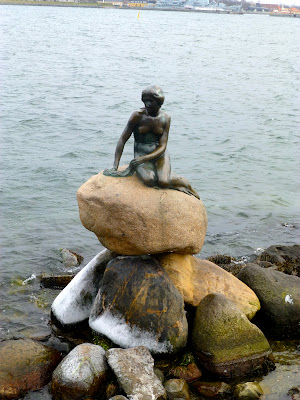 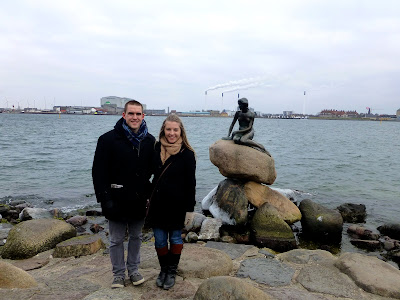 After we saw the little mermaid, we started circling back to where we started. On our way, we walked through the government district and saw the palace square. Down the street was a beautiful church called the Marble Church. It's dome was an amazing blue color and the inside was just as pretty. After we passed by the famous street in Copenhagen on the river--I can't remember it's name, but it was what I pictured when I heard Copenhagen and it was on all the postcards. We also walked past some sequin street art that changed colors while the wind blew them (sadly the photos don't do it justice) and fast walked through the shopping district in order to get a late lunch. 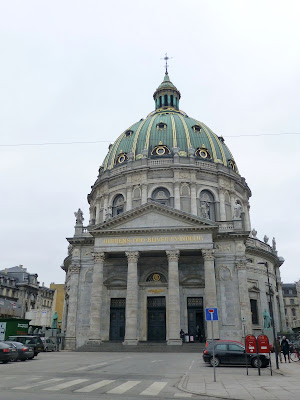 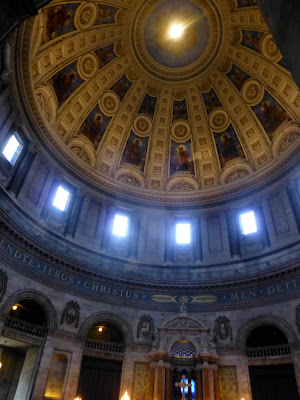 For lunch we had decided to go to the Glass Market and get some authentic Danish food. The glass market is like a big farmer's market, but is indoors in a glass structure so it's warm. Apparently, elaborate, open faced sandwiches or Smørrebrød are really popular. We each got one and split them. They were actually pretty good, but I still like my hamburgers better:). Our 5 hour walk around the city finally ended by crossing the now open bridge. 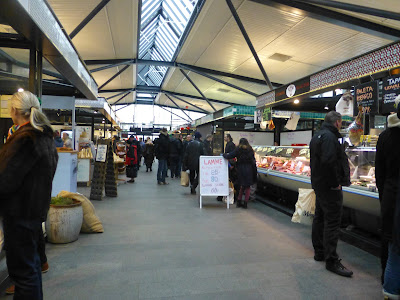 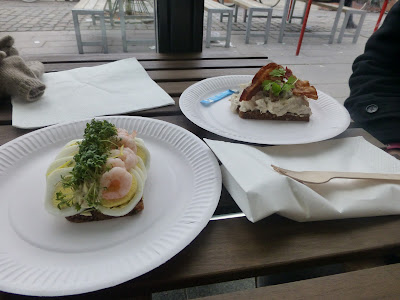 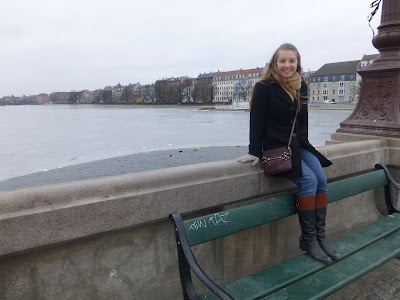 The next morning we had a while before I had to head to the airport and had a few more places (and TV shows) on our to do list. Since it was freezing, Scott was nice enough to lend me his really warm hat--which I refused to take off until it was time to pack--and made me a delicious breakfast. 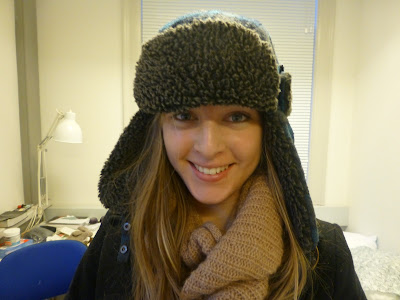 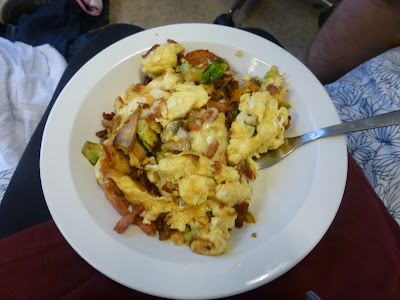 All the adorable boyfriendness was very fitting, since our first stop was on the other side of the city at the Copenhagen Love Lock Bridge. It was a long walk along the water to reach the bridge, but it was definitely entertaining: there was a group of Danes who were jumping in the water in bikinis or speedos... while we were shivering in our multiple layers. I'm convinced they were crazy (the portable sauna did not look convincing enough to jump in that water or much less wear a bathing suit only outside).

Part of my Christmas present included 2 locks, so once we were at the top of the bridge, I broke out one of them and locked it to the wire. Scott and I took turns throwing each key into the water. One bridge down and one to go! 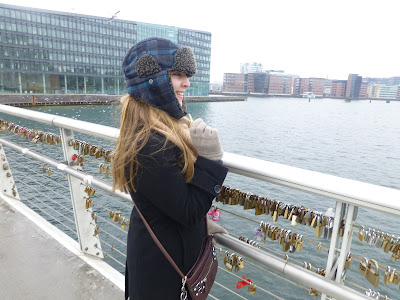 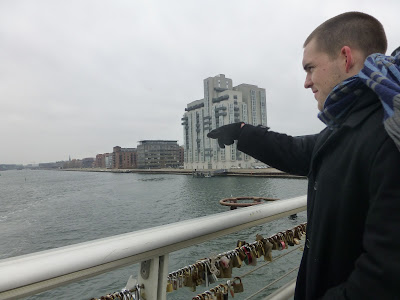 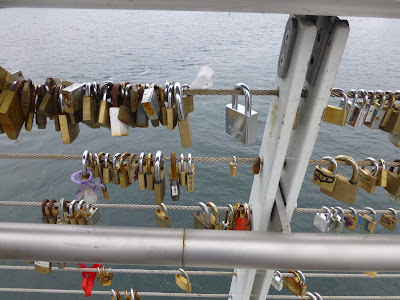 Our last stop included the Church of our Savior. I saw this church on tripadvisor, and knew I wanted to see it. The gold on the spiral was really beautiful, and the inside of the church was gorgeous too. Sadly they had construction and the trip to the top wasn't open until March, but I really want to go back and see the amazing views of Copenhagen later. Finally, on the walk back we finished with taking a photo opp of the Parliament building and Old Stock Exchange building. 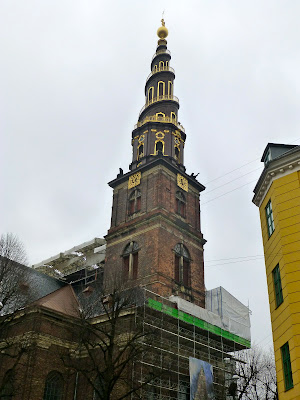 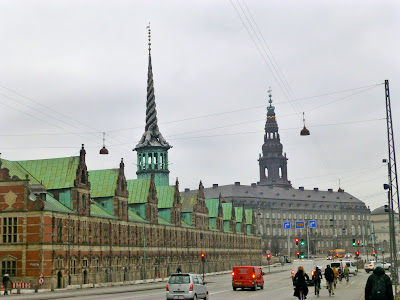 We ended up the rest of the day, spending more time in the shopping district and a tourist shop where I got my obligatory postcard. I tried on a few outfits and dragged Scott to a few stores for Sensation outfits, but didn't end up getting anything. We grabbed some Chinese take out and headed back to the dorm to start to get ready to pack.

Things I noticed about Copenhagen: it's so expensive compared to Prague; their are bikes everywhere; much more diverse (surprisingly) with an Arabic community; the people are SO much friendlier than at Prague. It was really exciting to go on my first European trip outside of Prague, and it was one of my favorite weekends ever.

Posted by Watermelonsmiles at 2:04 PM