Today is officially my 5th day in Prague. With this week packed with orientation activities, all the CIEE students have been kept extremely busy. We don't have much (or any) free time during the day, but are given nights off. The first 2 days of orientation were spent in the Dorient Hotel. After being on three flights for hours on end, most of those two days were spent jet lagged. I did manage to grab some classic "I'm on a plane!" shots, and made it outside for two great dinners and some bar exploring. 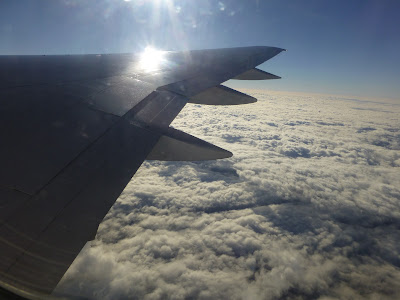 Monday's orientation ended with a dinner with a small group led by a Czech buddy (Czech grad student who lives in the apartments with us to help us out), and became my first real Prague experience. Our group of 8 followed our buddy to a traditional Czech restaurant where no one spoke English. We got our private room and our buddy translated all of our orders. I split a bottle of wine with the girl next to me which was exciting--even though we couldn't order it ourselves and didn't know anything about wine (we literally said surprise us, but cheap). I wasn't very hungry since it was around 4am in California, so I decided to try to order light by getting roasted trout with lemon and mixed veggies. I was shocked that when the food came it was a whole fish complete with eyes, tail, bones, and everything. The whole meal took forever too--it took over 30 minutes to order, 20 to get our drinks, and probably an hour before we got our food. After a week here, I've learned that meals are not short occasions.

The next day was more orientation that ended with a welcome dinner at an really nice restaurant. It was right downtown and served more traditional Czech food (potato dumplings and goulash were definitely the best). Everything was really heavy and filling and we were warned by our new buddy that even Czechs don't eat Czech food everyday. She also mentioned that this restaurant was really nice and expensive and she hadn't been before either. Afterwards, I met with some people to visit a few bars, and had my first Czech beer. The cheapest beer cost 20 crowns (1 USD), while water cost around $2.50. We went to some really cool places including one bar that was in an old underground bunker, but I wasn't paying attention (and couldn't pronounce) most of the names. 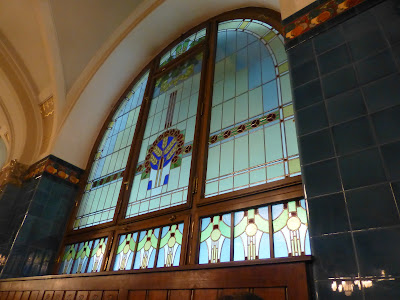 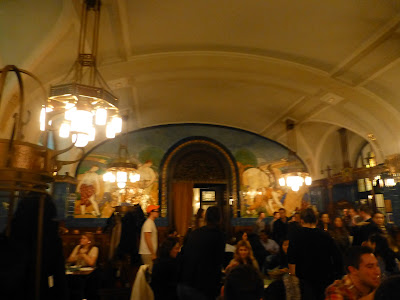 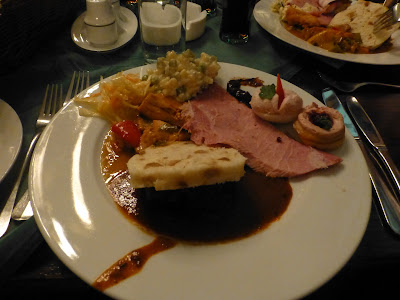 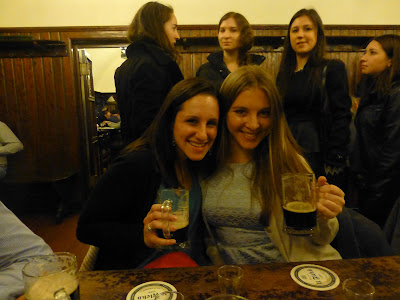 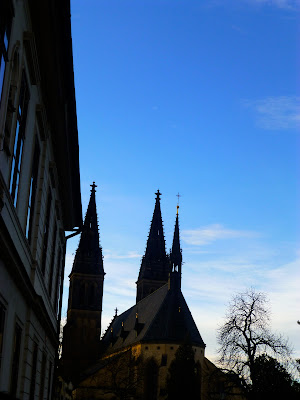 Wednesday was our big move out of the hotel and into the apartments. I'm in Prague 3 right next to the Flora line, and was surprised about how pretty the inside of the apartment was especially compared to what's available to students in LA. There's 3 other apartments of program students in the building as well, but I'll admit I was a little sad I wasn't as close to the center as other were (although I know now that it takes less than 10 minutes on the metro to get there so it's not a big deal at all). Between living in the hotel for the past two days, losing my brand new Czech phone, and moving into the apartment, I was starting to feel pretty miserable. The fact that I was having an off day in general made me feel even worse since I felt that I should be ecstatic to be studying abroad. Throughout the day, I swung from being overwhelmed with moving to lonely to incredibly homesick. Luckily, my roommate from home who flew to Florence the same time I did Facebook messaged me, and we realized that we were both feeling the exact same way. 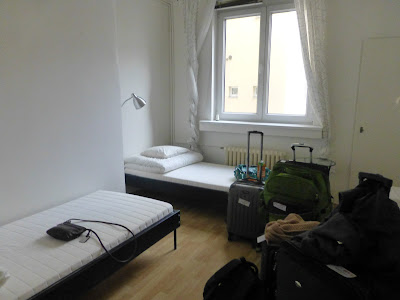 It was more of a one day funk, and yesterday I spent some time during our guided tour (teaching us public transportation and relevant areas) finally getting some pictures of Prague. It's really, really beautiful and my new camera is amazing also. 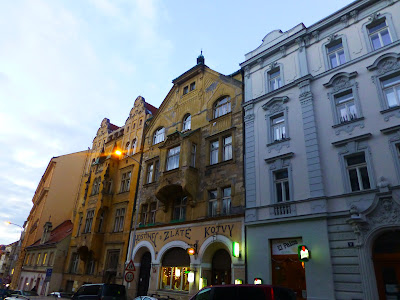 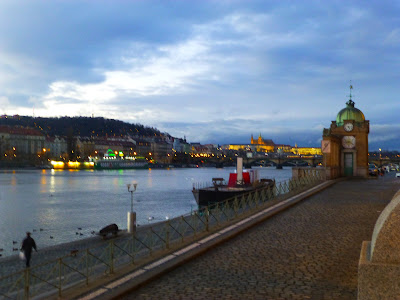 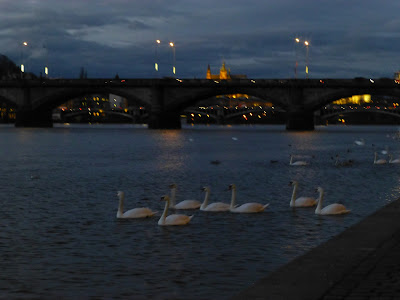 Today had a similar orientation schedule, and we were told to go on a scavenger hunt to review our guided tour from the day before. We finished early and spent our extra 2 hours walking around and taking pictures (with us in them this time!), and stopping at Cafe Louvre. 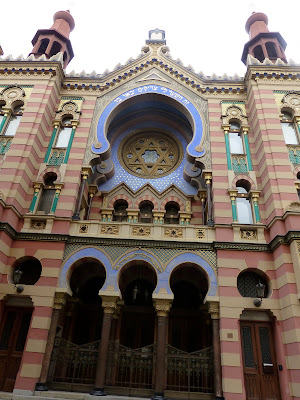 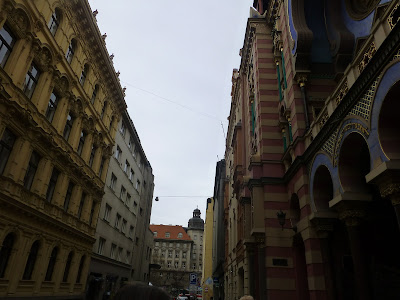 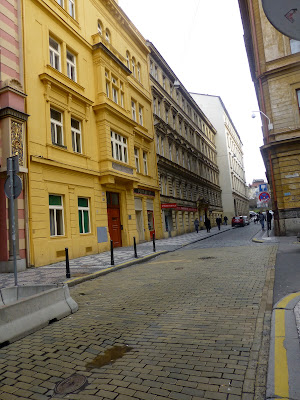 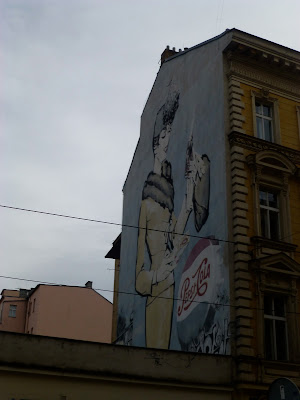 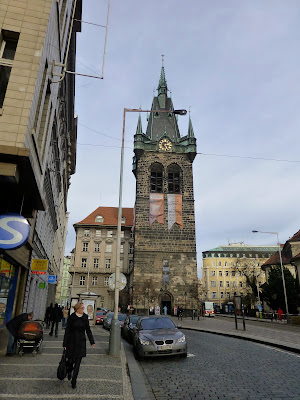 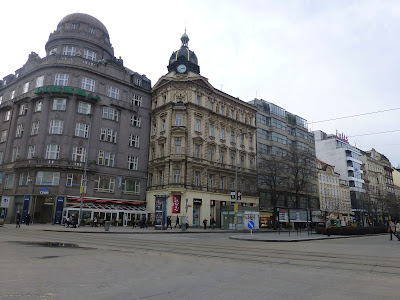 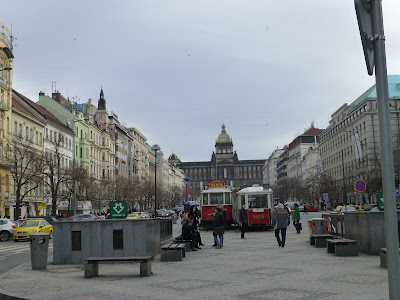 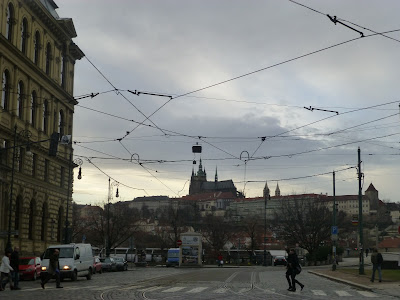 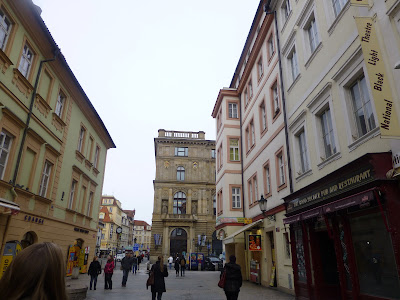 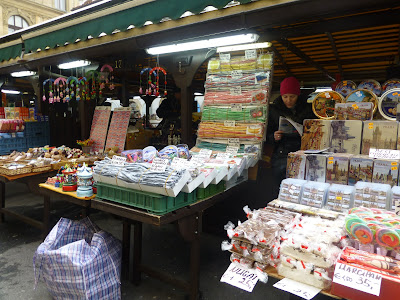 It's a really famous cafe in Prague, and we ordered Hot White Wine to warm us up. The weather has been surprisingly warm out! When we flew in there was snow everywhere--and now it's all gone and the weather is in the 40's. I just wear a coat, jeans, and boots; I even got away with just a cardigan and leather jacket for a few hours on Wednesday. 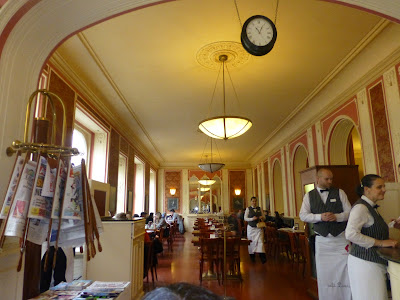 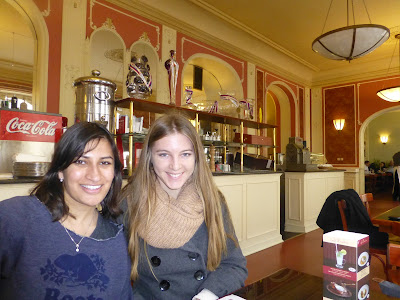 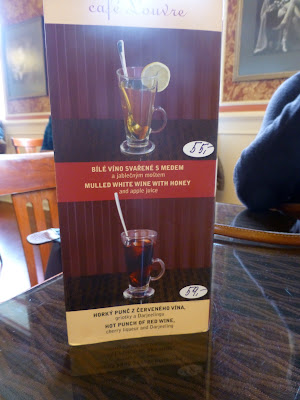 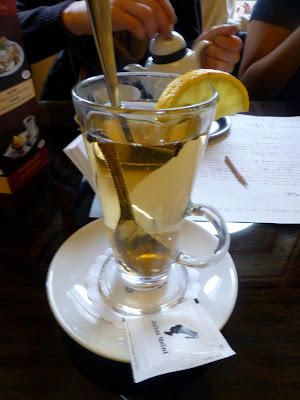 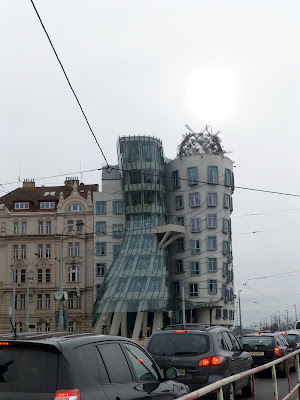 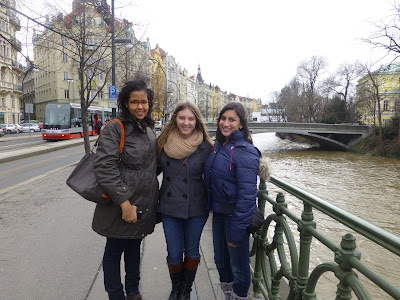 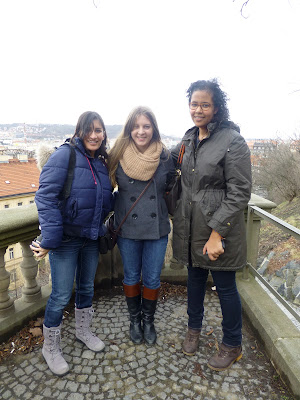 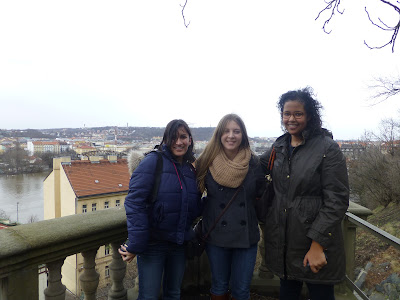 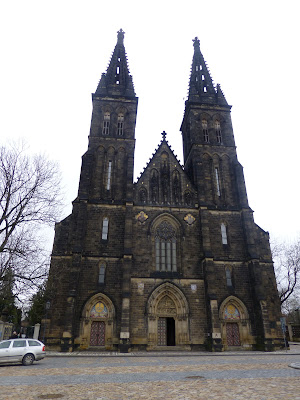 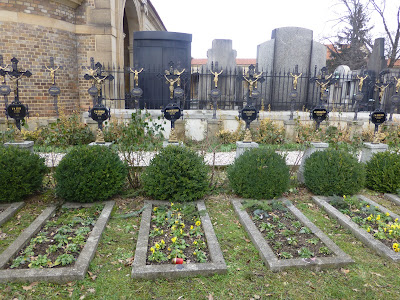 Random things I've done/noticed: there are a lot of things that are shockingly cheap--a drug store trip cost around $20 for shampoo, conditioner, body wash, febreeze, soap, face wipes, and more; I bought a matroshka doll key chain for my apartment keys, no one uses leashes to walk their dogs and all the dogs seem to be super well behaved, AMAZING public transportation but you will get dirty looks if you talk while on it, Prague is one of the quietest and cleanest cities I've been too.


Tonight we're (hopefully) heading to one of the main clubs in Wenceslas Square to start off our first weekend in Prague!
Posted by Watermelonsmiles at 1:18 PM