Saturday morning, we had planned to head to a sandwich place that multiple friends had recommended. Sadly, after walking across the room to grab water, I quickly realized walking the whole strip to get food wasn't in my future. Maddie and I spent the next few hours sleeping and watching Netflix on my Kindle, while the rest journeyed out to pick up lunch. They came back a few hours later with our caprese paninins (which could not have tasted more like heaven) and soon we were all fully recuperated. A quick change into our bikinis and coverups, and we set off for the strip with plans to go to Cosmopolitan's day club Marquee. 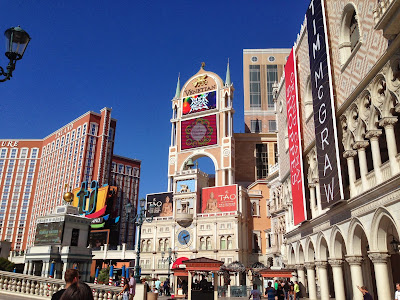 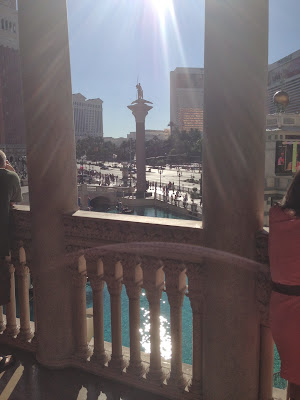 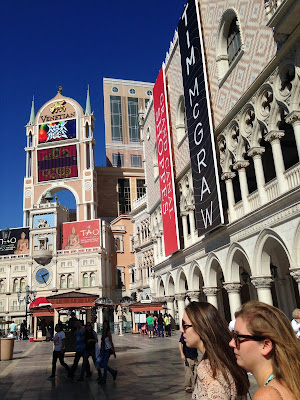 But after being told there was a $20 cover charge to get in, we quickly turned around and headed straight back to our hotel. Actually, straight back may not be the best phrase since we decided to cab it without specifying to take the strip back. The cab took us on a freeway and made no attempt to hide the fact that he was scamming us. As soon as we were close and recognized where we were, we demanded to get out and walk the rest. Finally, we made it to the Tao day club which was way crazier than we had pictured. There was a college travel company that had organized a trip for a university in Kansas, so we were already a little off put when we walked in. After grabbing a very expensive drink and hanging out by and in the pool for a little bit, we decided that 40 minutes was our limit. Vegas definitely has a potential to be creepy, but this was the only time I actually felt uncomfortable. There were men in their 40s in their bathing suits underwear just looking around, and I actually thought the night clubs we went to were much more fun. I also have a feeling that if everyone didn't already know each other and we had a few more drinks before, our opinion on the club would be very different. 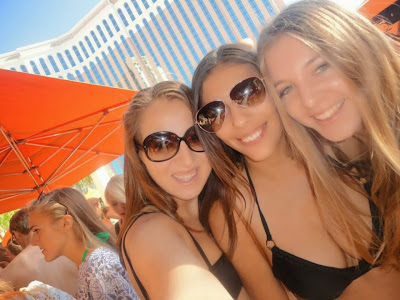 We spent the rest of our time hanging out in the jacuzzi away from all the craziness until we decided it was time to grab food and head back to our room. I won the award for weirdest snack food again and ordered a salmon sandwich with fries as an early dinner/snack. A few Netflix shows and several shower rotations later, we got ready to go out again. Another celebratory shot of Patron, and we started to head out to dinner. Red 8 was an Asian restaurant at the Wynn hotel and was pretty reasonably priced. I ordered a mojito and lettuce wraps which were very average, but made me happy that I ordered food a few hours before. 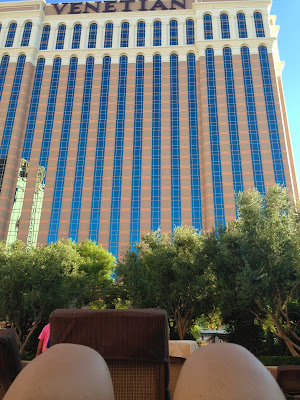 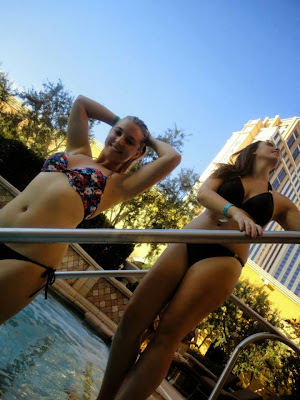 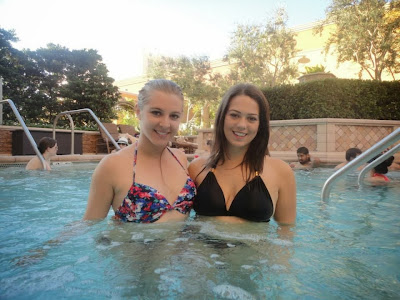 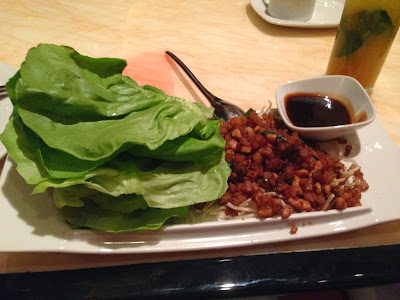 During their search for food on the Vegas strip earlier, Andrea, Madison, and Joanna had talked to a club promoter and got on the VIP list for Excess. Afrojack was playing a set, and we were extremely grateful to be able to just walk in once we saw the huge line that was already growing at 11:00 pm. We grabbed our free drink and walked around admiring the outdoor table areas and the club. While Tao was definitely more flashy and Vegas, Saturday night ended up being extremely fun. 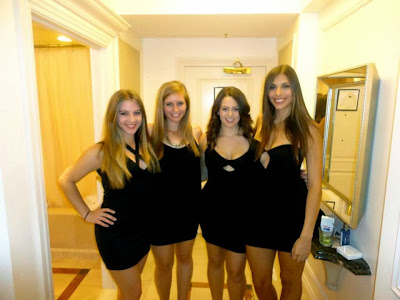 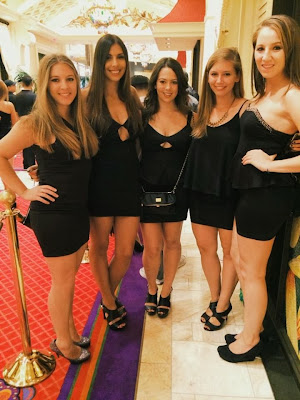 From watching Mario Lopez come in and celebrate his birthday, being front row for Afrojack, being invited up to the VIP area (before being asked to leave 20 min later--I guess not talking to people and just taking drinks wasn't the best idea), to meeting and hanging out with fun new friends, the night didn't end until 4 in the morning when we got in line for the cabs. At 5 am we were finally posted up in our hotel room eating a delicious slice of Pizza de Enzo cheese pizza (which I can't believe I had passed over for tomatoes the night before) before quickly falling asleep. 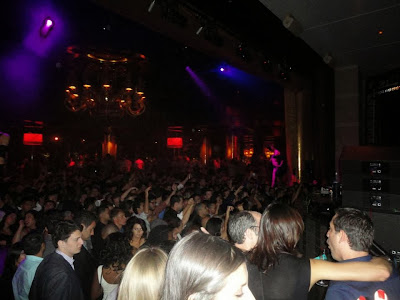 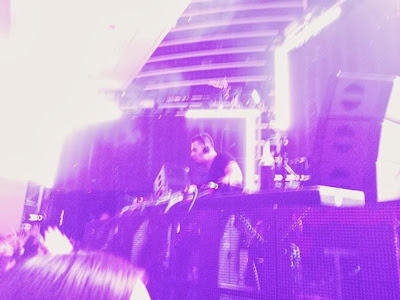 Luckily the four hours of sleep I got didn't leave me with a huge hangover, and we packed up our things while taking precautionary sips of powerade and pedialite (gross, but the most helpful thing we could have packed). On our sad walk to the car, we grabbed food from the Venetian food court--a breakfast burrito that I knew I would not have enjoyed under any other circumstance. 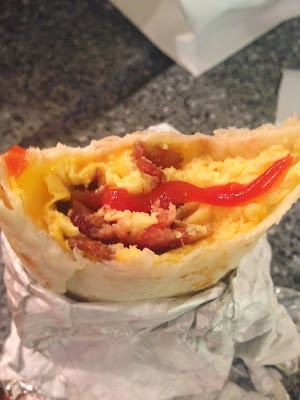 With that last goodbye, we started our road trip back home. As we passed the Bellagio fountains, I finally saw them going off from the car and decided that it counted for my "sight seeing." 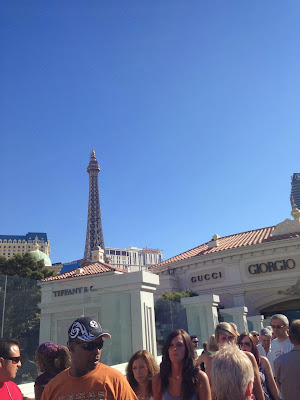 The rest of the car ride was spent pitying those who were more hungover than me, drinking an insane amount of Diet Dr. Pepper, and laughing about all the ridiculous things that happened this weekend. While I didn't see any of the sights or even leave the hotel that often, I had the exact Vegas experience that I wanted. I'm so happy that living in LA (and the fact that I actually staid under my small $300 budget including hotel rooms) means that I will be back very soon.
Posted by Watermelonsmiles at 2:54 PM