It's Valentine's day! So let's talk about guns, sausages, and beer!

I'm currently waiting for Scott to get out of class to have some adventures around Redlands, so I thought I would celebrate now by talking about last week's "Explore LA" date. Last Friday, Scott was in town for my sorority invite (in which we were decked out as Hugh Hefner and a Playboy bunny). Usually, the following Saturday we catch up on all our shows and have a lazy day, but this time my house was holding a conference. 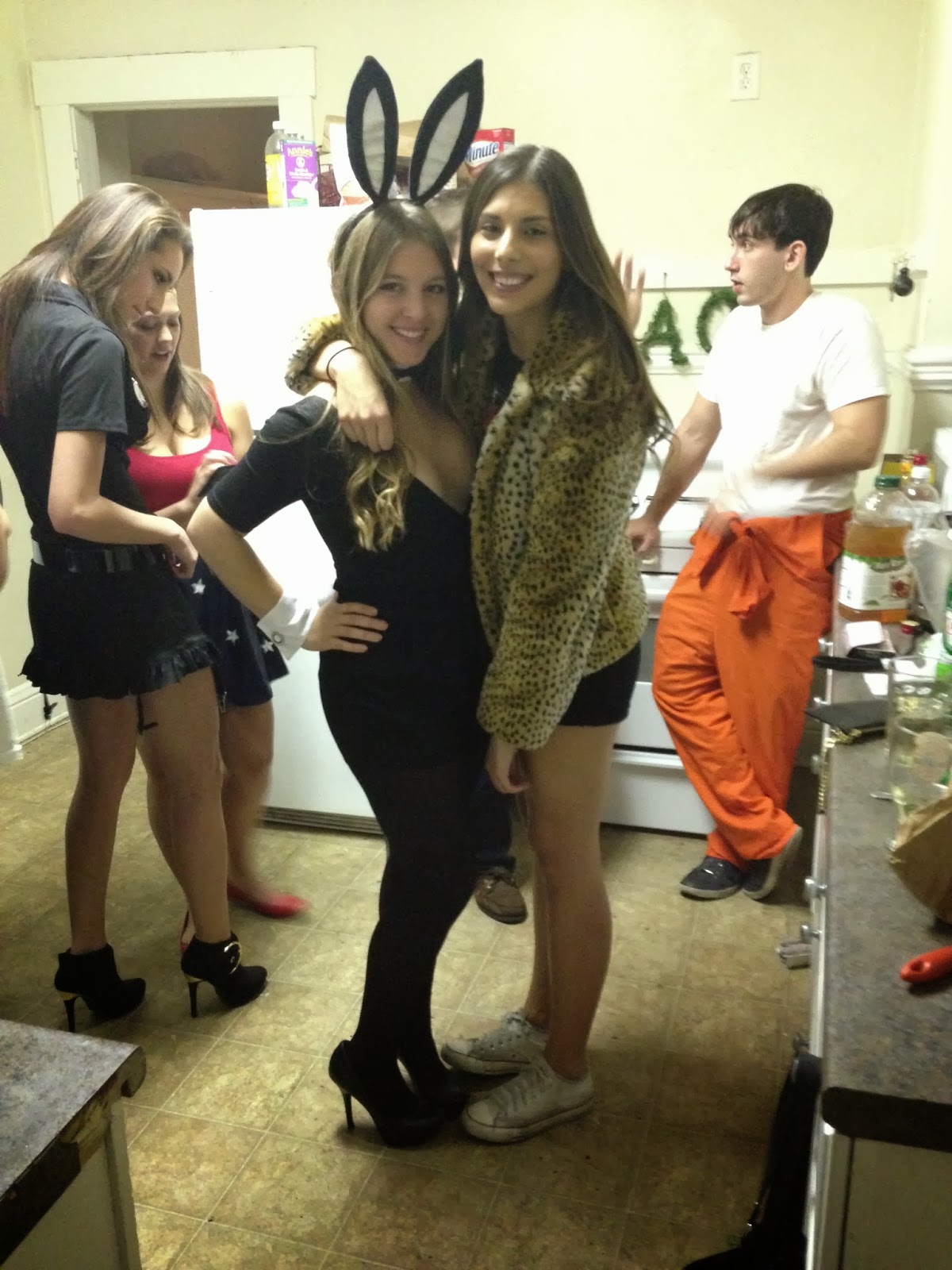 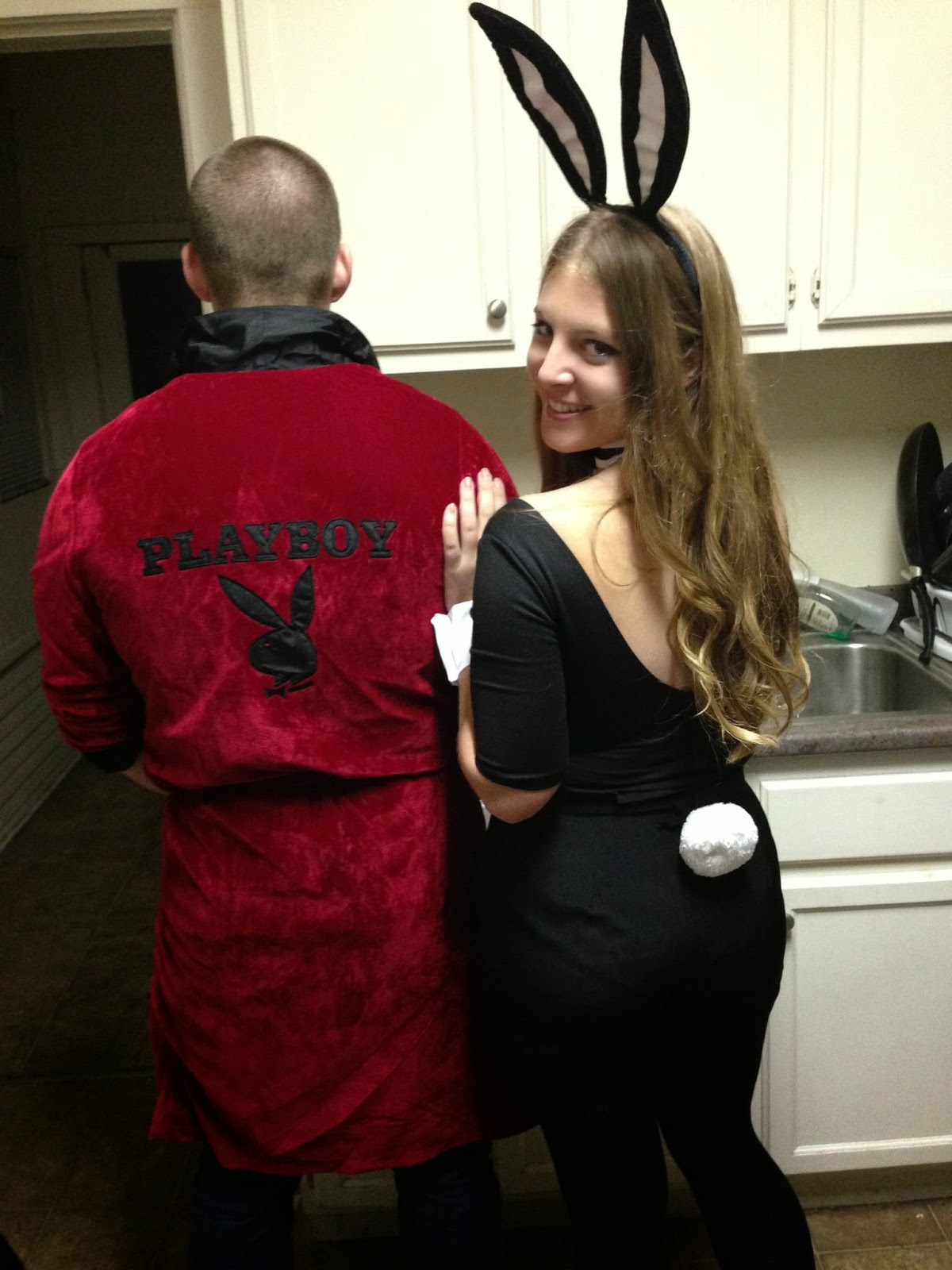 The conference left us with no where to stay, so we decided to spend the day out and about downtown. After a quick lunch (breakfast?) at Pizza Studio, we drove to the LA Gun Club by the arts district in Downtown LA. I knew a few people who had gone before, and it was on my "do before I graduate" list. 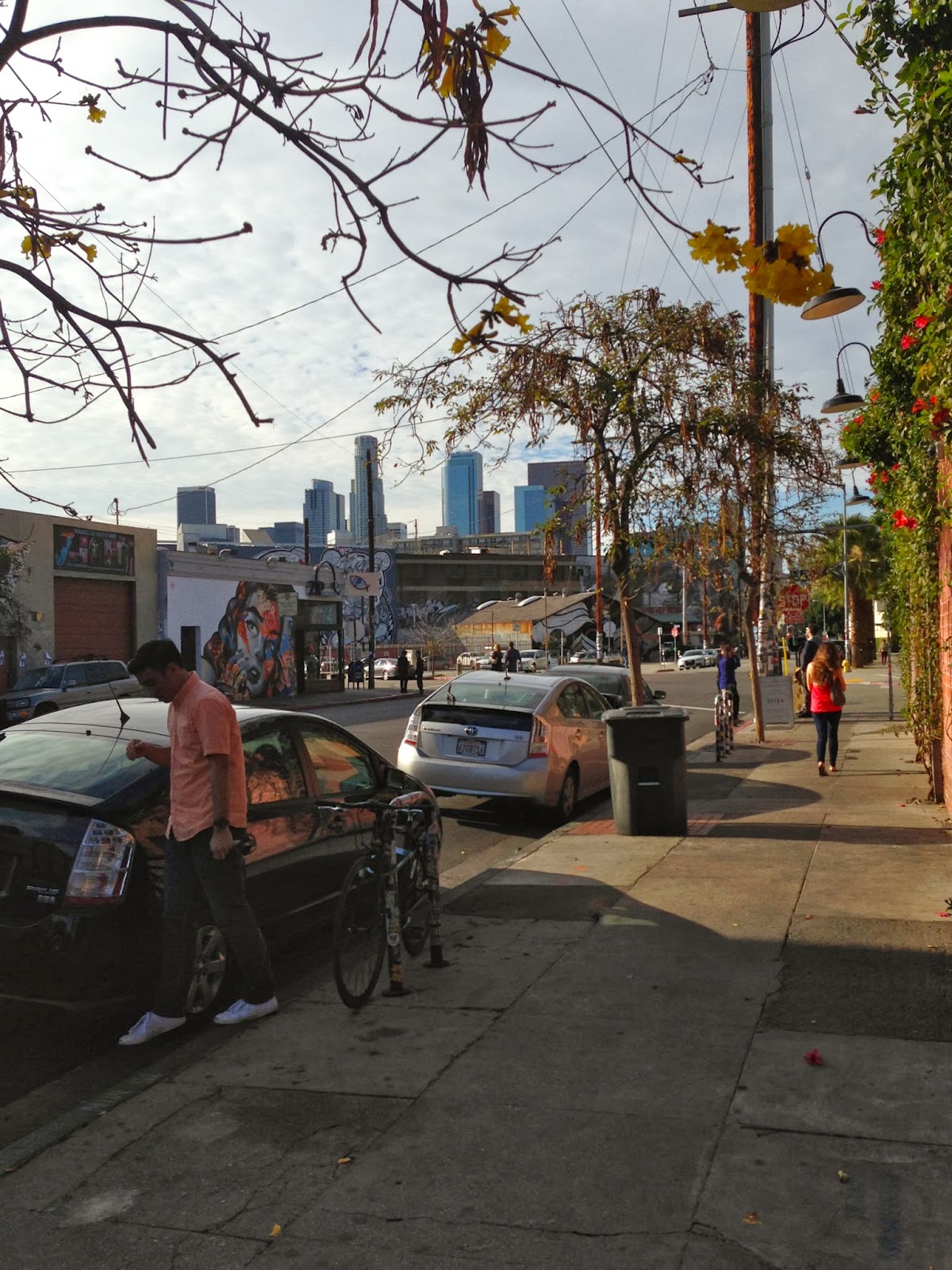 Scott and I had never shot a gun--I don't think I've even held one--so I was getting the nervous/excited feeling as we walked in. I'm not sure what I expected from a gun club, but I was shocked at all the options and was getting antsy as we took our numbers and waited to be called. 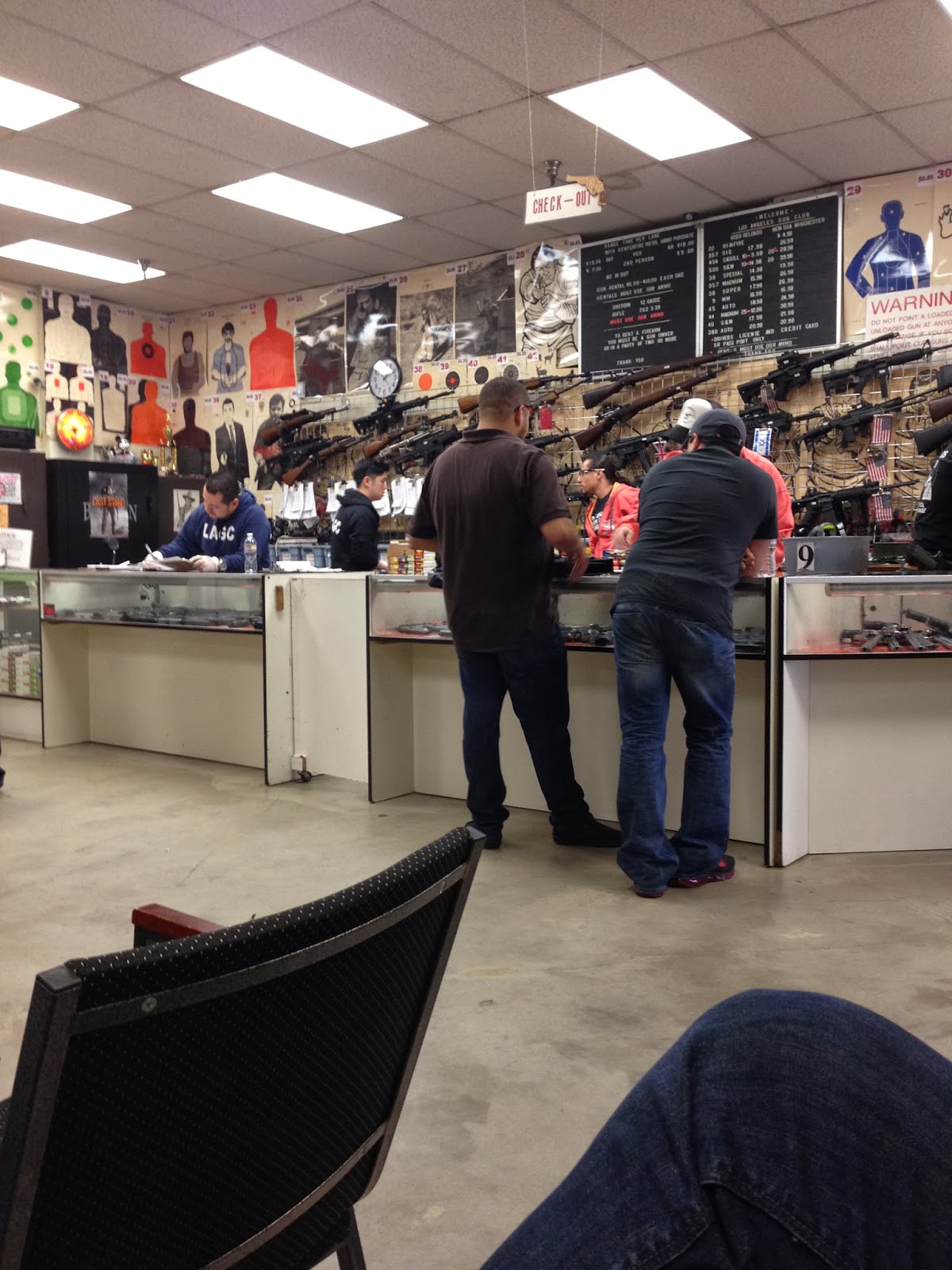 Luckily, we seemed to have beat the large crowd that came in after us, and soon we were talking to an employee about the best gun for beginners. The place gets mostly beginners looking for a fun activity, so I was't self conscious asking a bunch of questions. I wish I could remember the name of the guns we used, but we started off by renting a handgun that I can only describe as the Russian roulette type. I picked a target, and we were given headphones, glasses, and an aisle number. 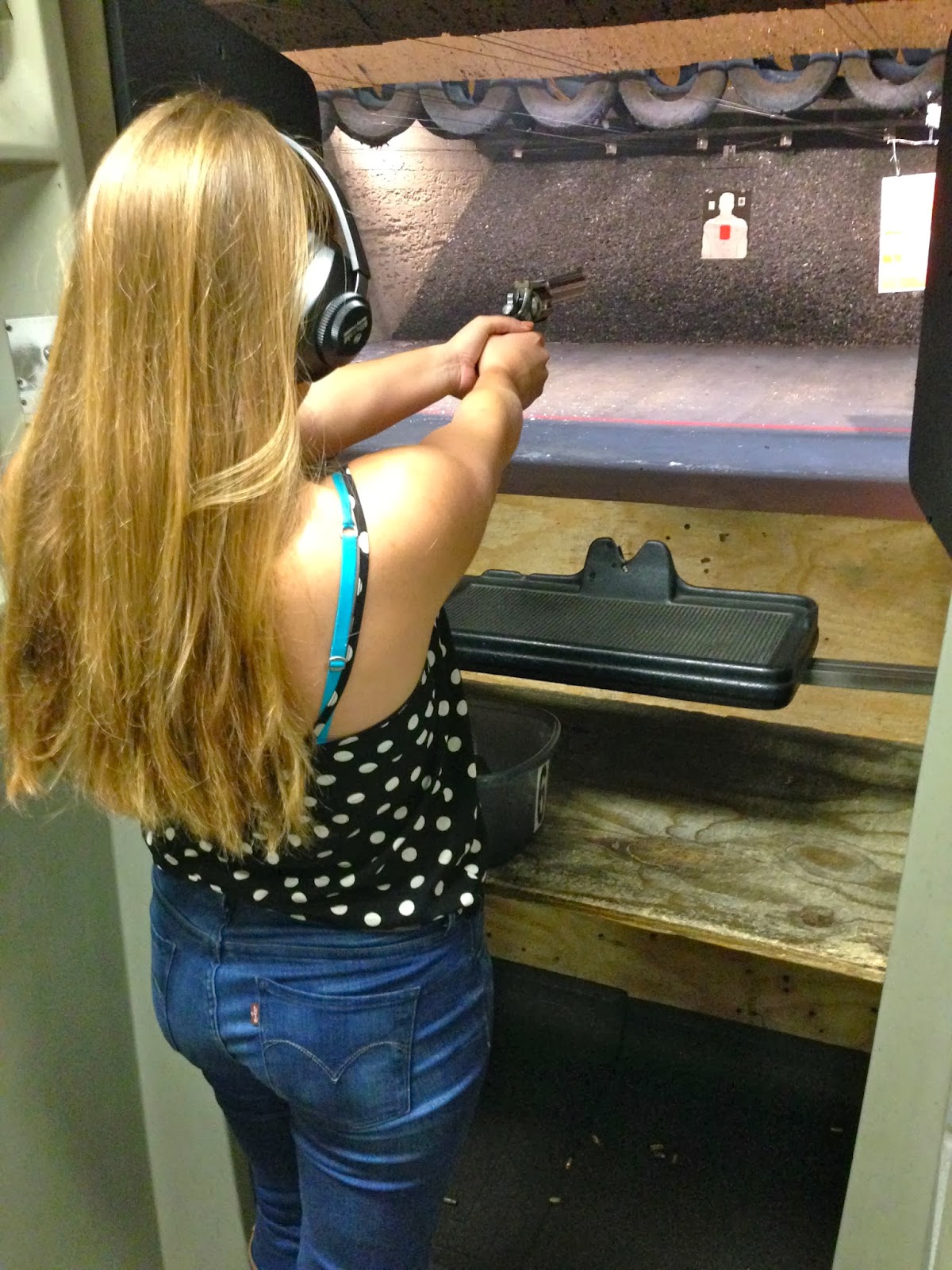 We had bought a round of 50 to share, and I started off the first shot. Even with my first bad couple shots, the experience was exhilarating. I also was shocked at how well I got the hang of it. By the time I had finished my portion of the rounds (we switched off every barrel), I was spending most of the time admiring my handiwork. 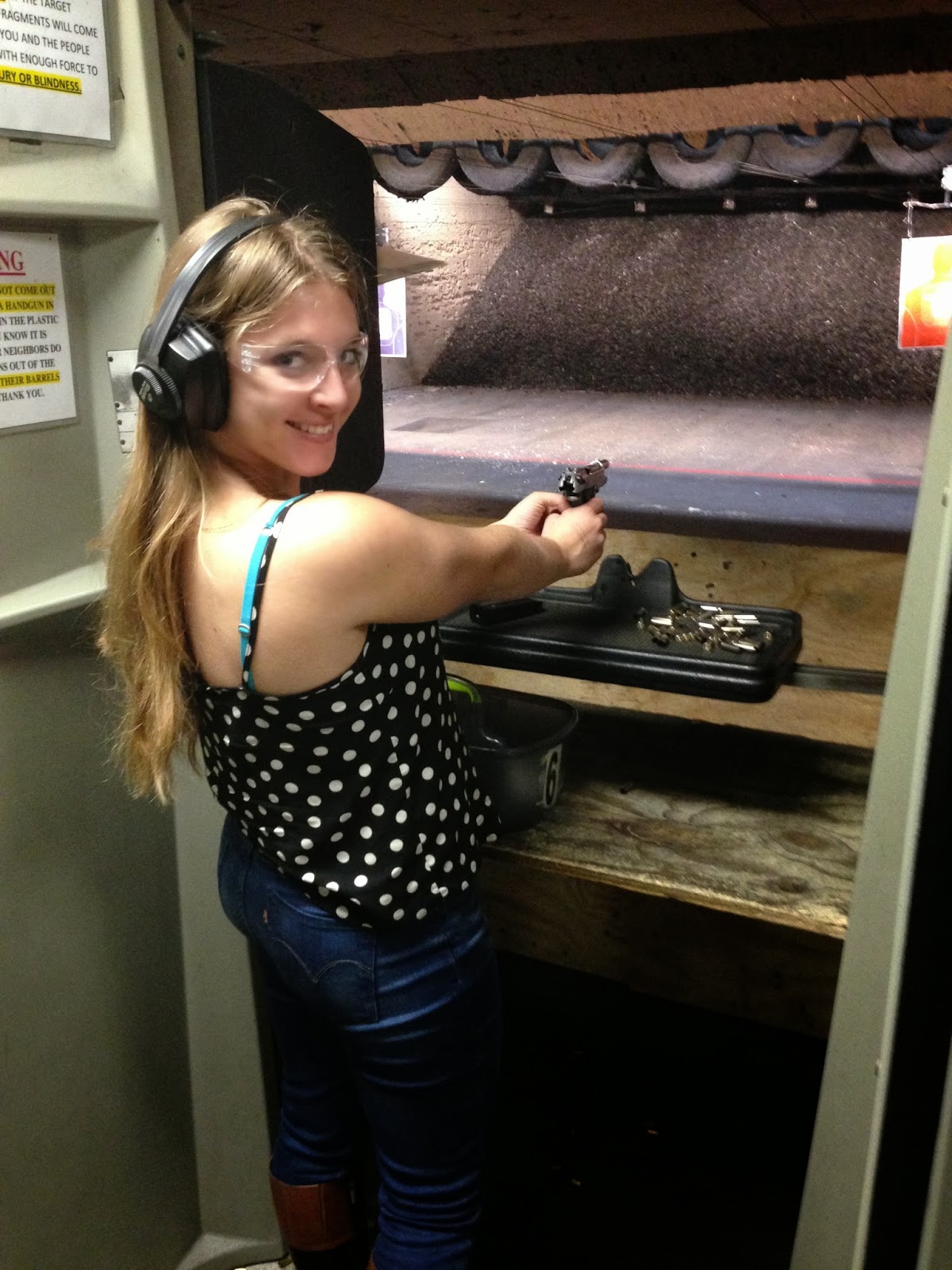 Scott and I ended up having so much fun that we decided to rent another gun and go for one more round. This time we went for a semi automatic handgun that the army uses, and grabbed another target. This gun had more of a kick to it, and all my previous "skills" from before were completely gone. I think I only hit my target about 5 times throughout the whole practice. Scott on the other hand was killing it, and getting everything on target. 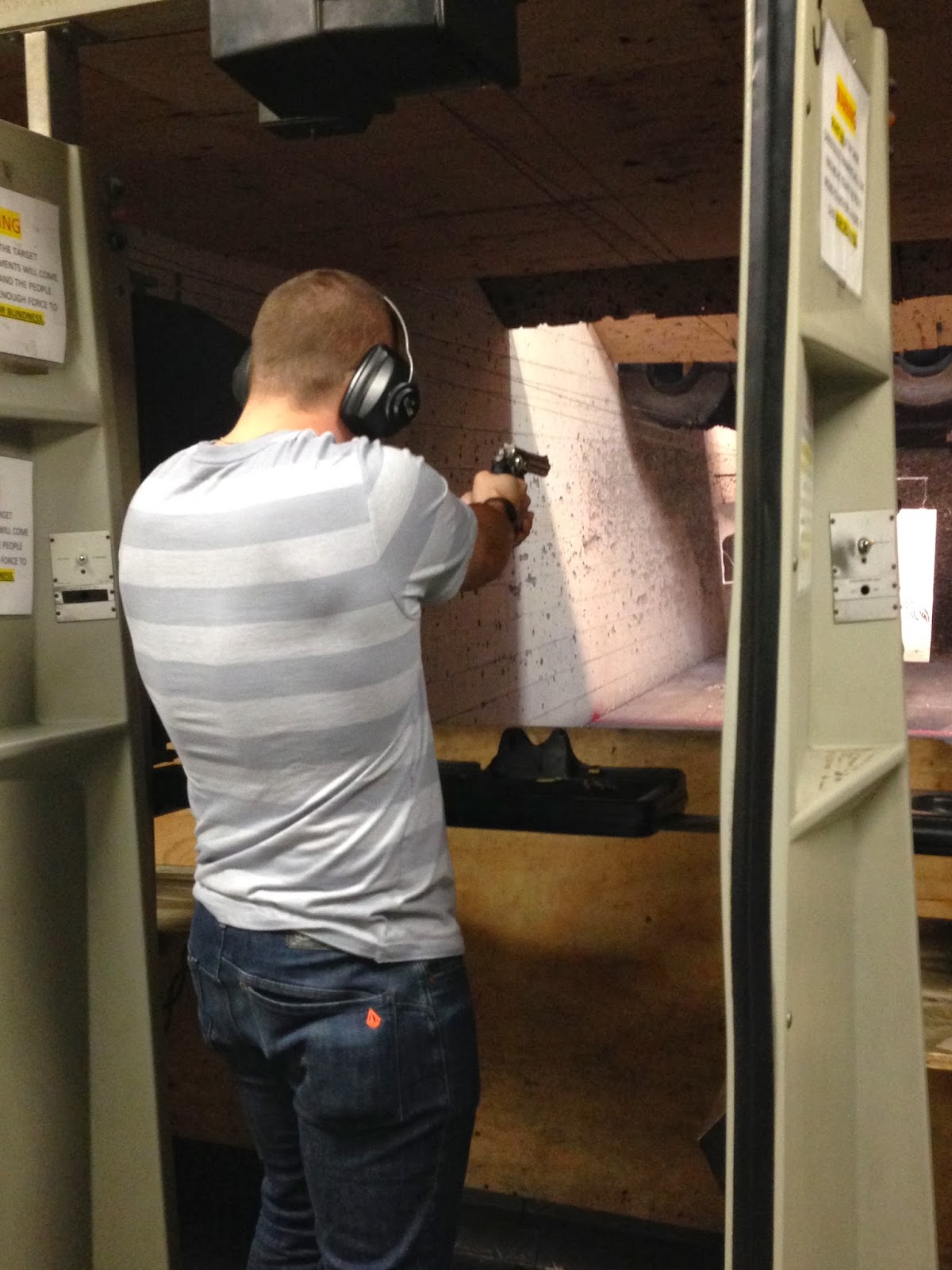 Finally, our bullets had run out, and we decided to finish up. We were there for probably about 2.5 hours (including wait time), and the club doesn't rush you to finish which was really great. The whole thing cost about $70 between two people so it was a fairly affordable date (as long as you split it) and was an adrenaline pumping activity. It was so much more fun than I expected, and it's always fun when even after 7 years there are still "firsts" for Scott and I to do together. 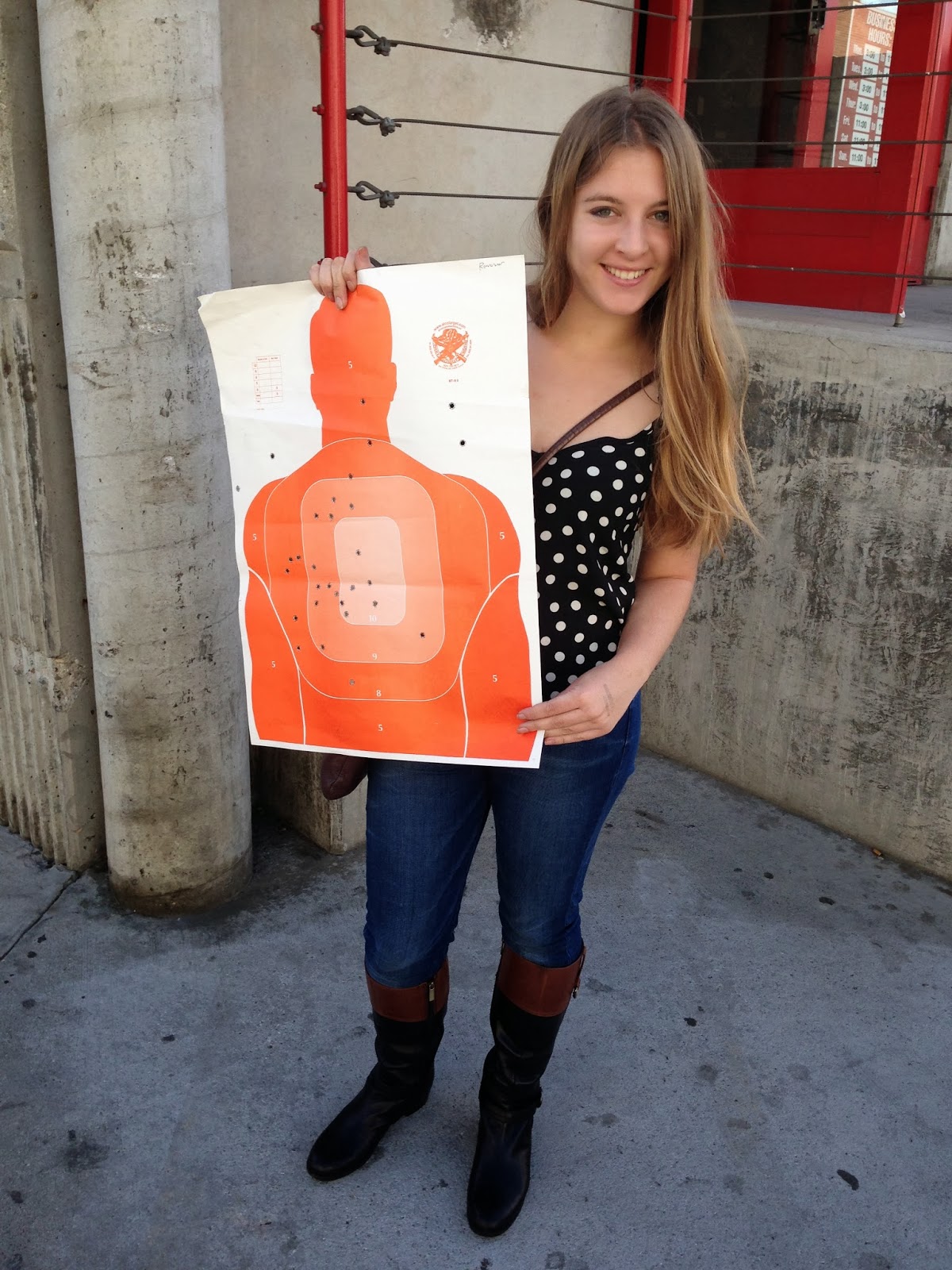 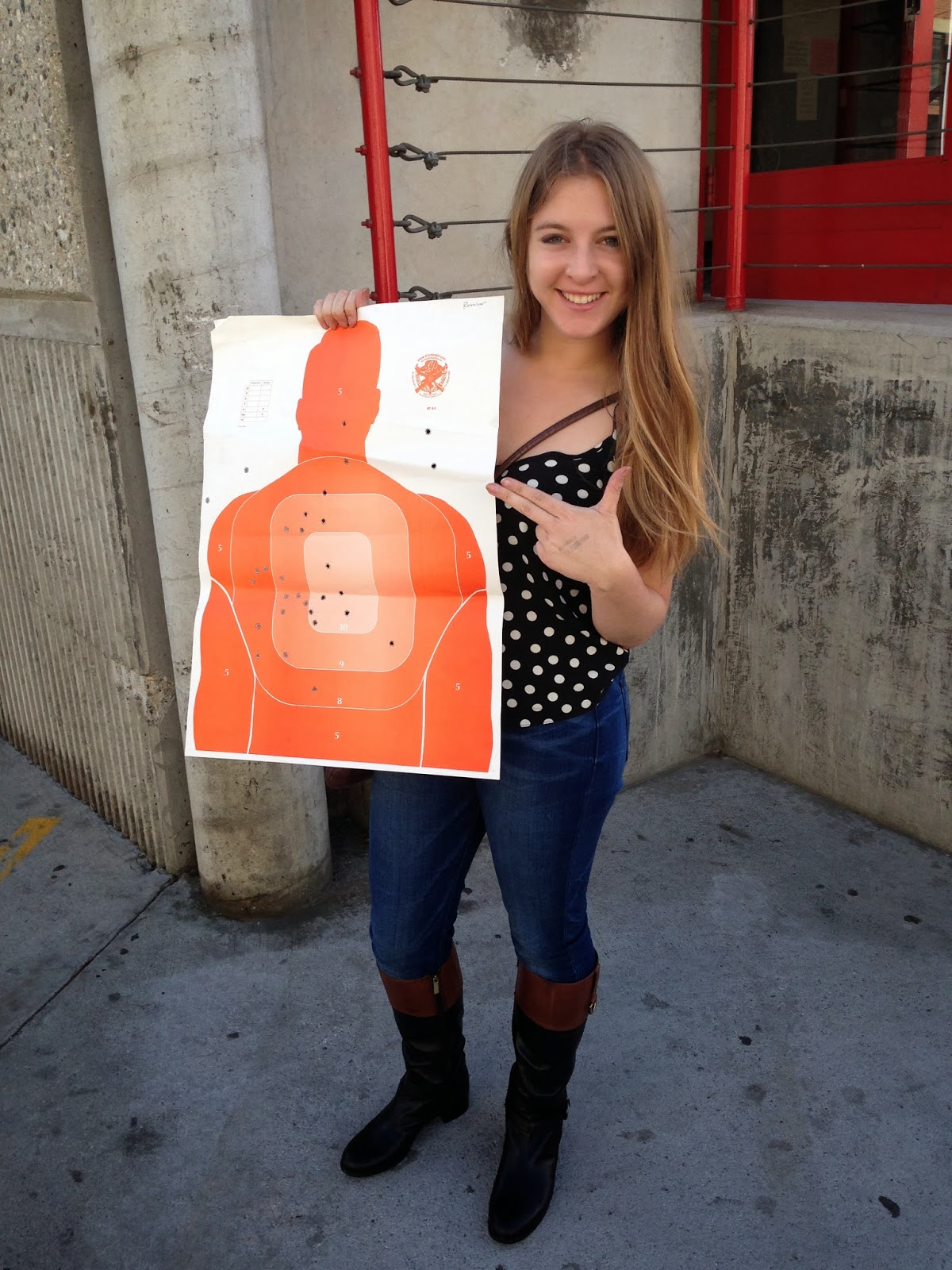 Our next stop was at a popular restaurant in the arts district called Wurstkuche for an early dinner. It sells sausages and imported Belgian and German beers, and is one of those hipster-y restaurants that actually lives up to its reputations (so I heard). It was my first time eating there, and I ordered a simple kielbasa and German beer while Scott got the same (different beer) and fries. The food reminded me of Prague but even better. Ok, so Prague's kielbasa will always hold a special place in my heart but having a bun to eat it with instead of a single piece of dark bread was an improvement. 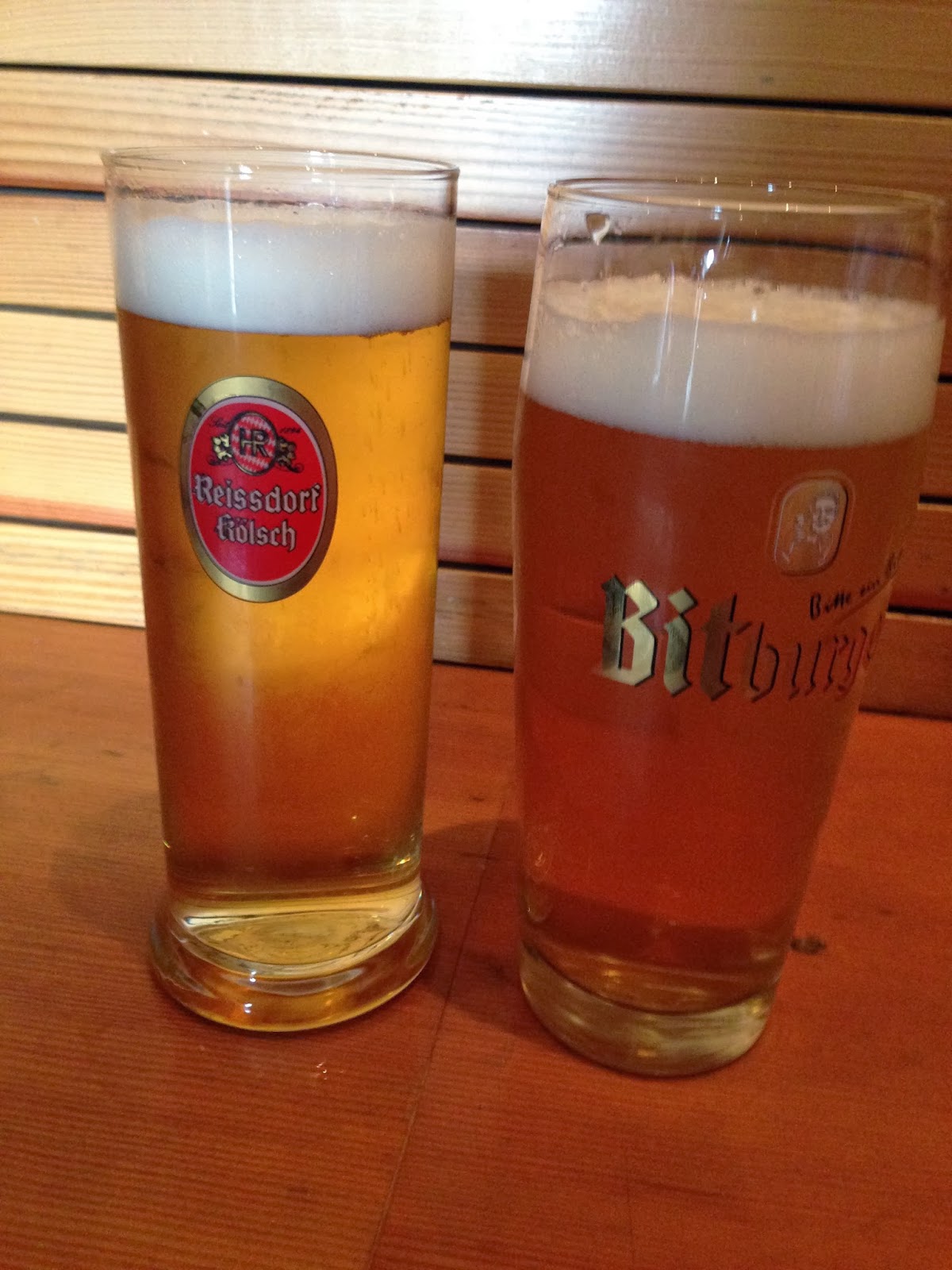 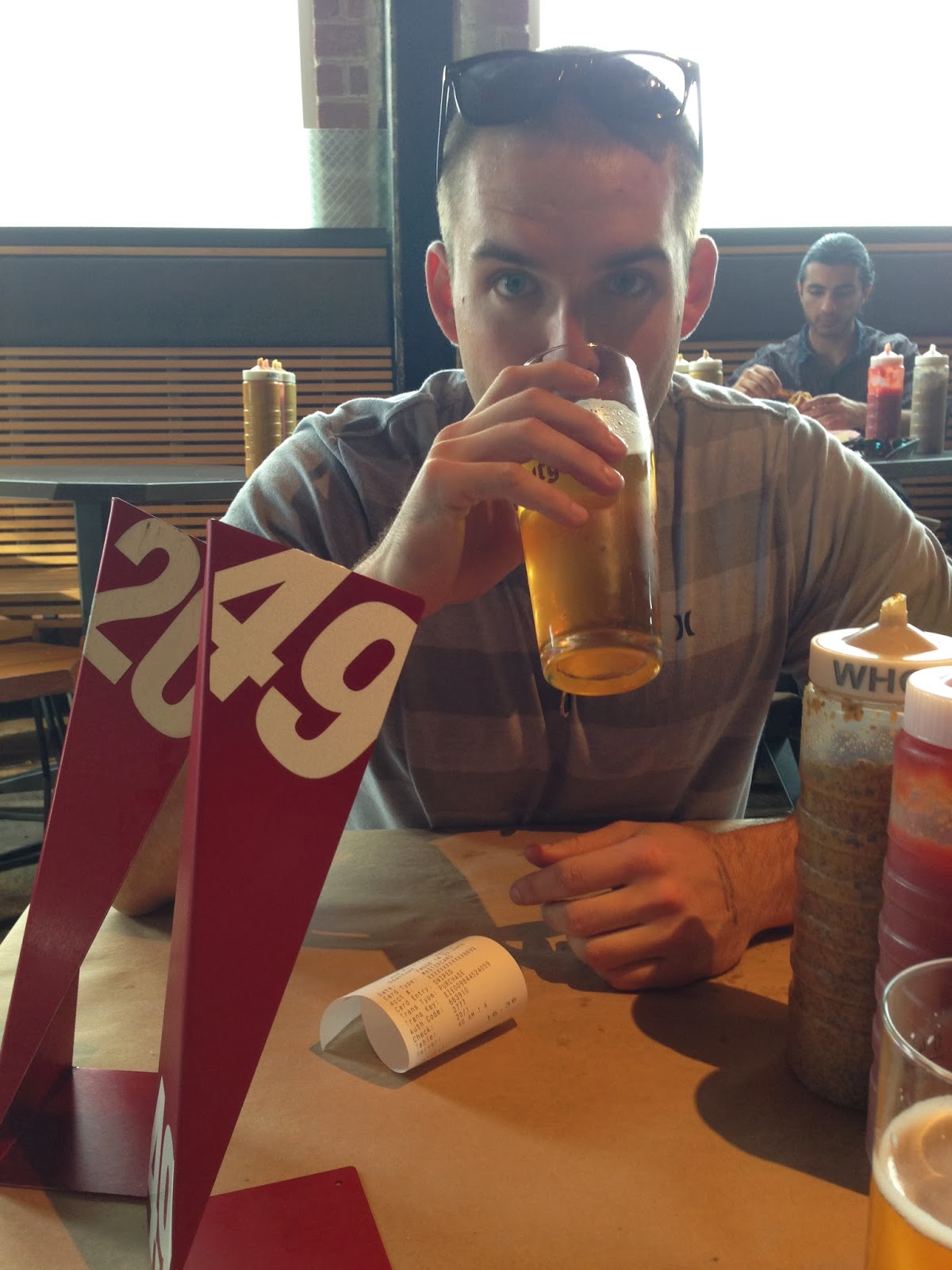 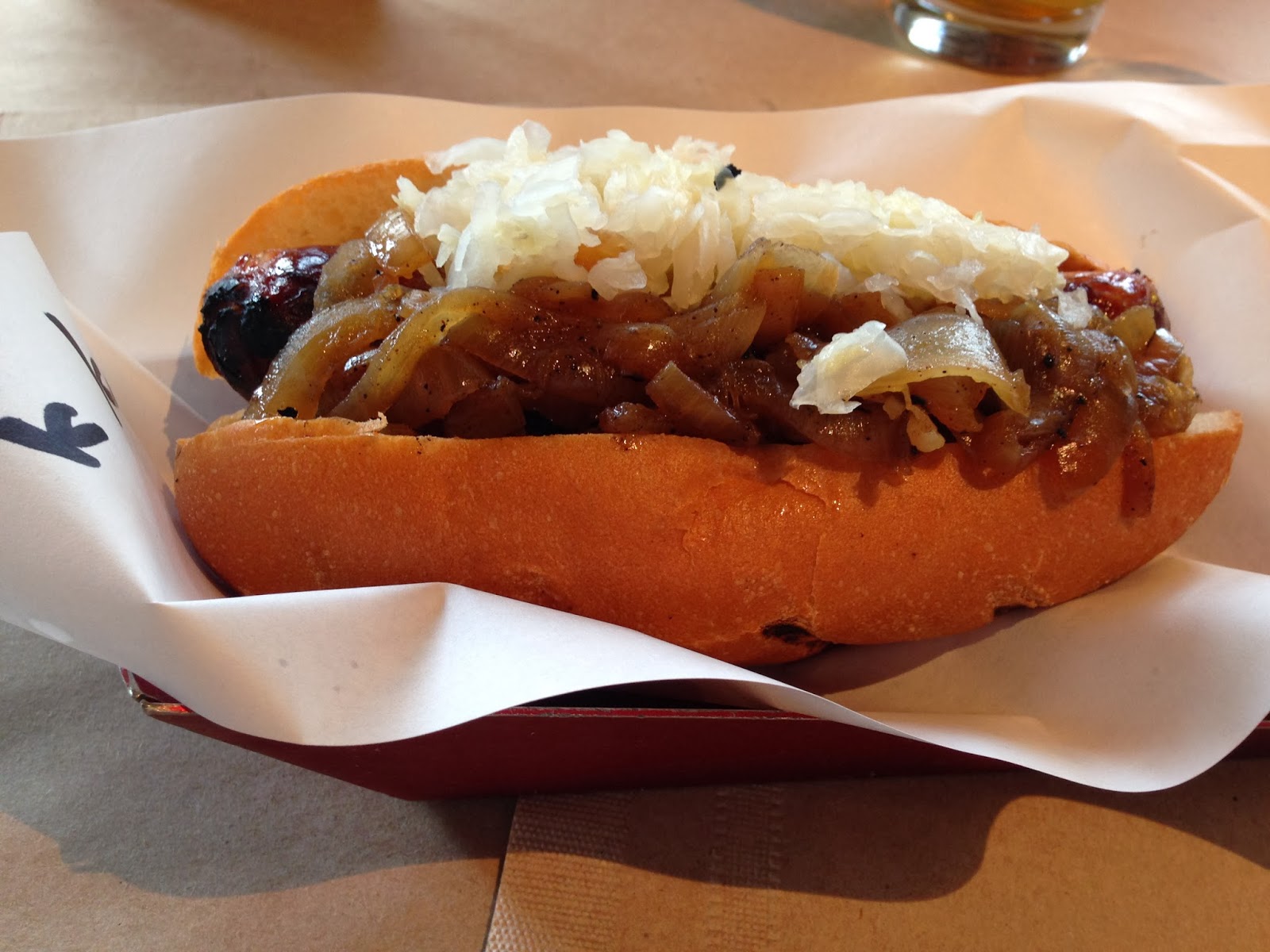 It was so much fun just hanging out and eating good food, and by the time we got back to school we had just enough time to squeeze in two episodes of Community before Scott left. It was one of the more perfect weekends I've had all semester. A party with friends, adrenaline, good food, and Scott visiting makes for an amazing couple of days. 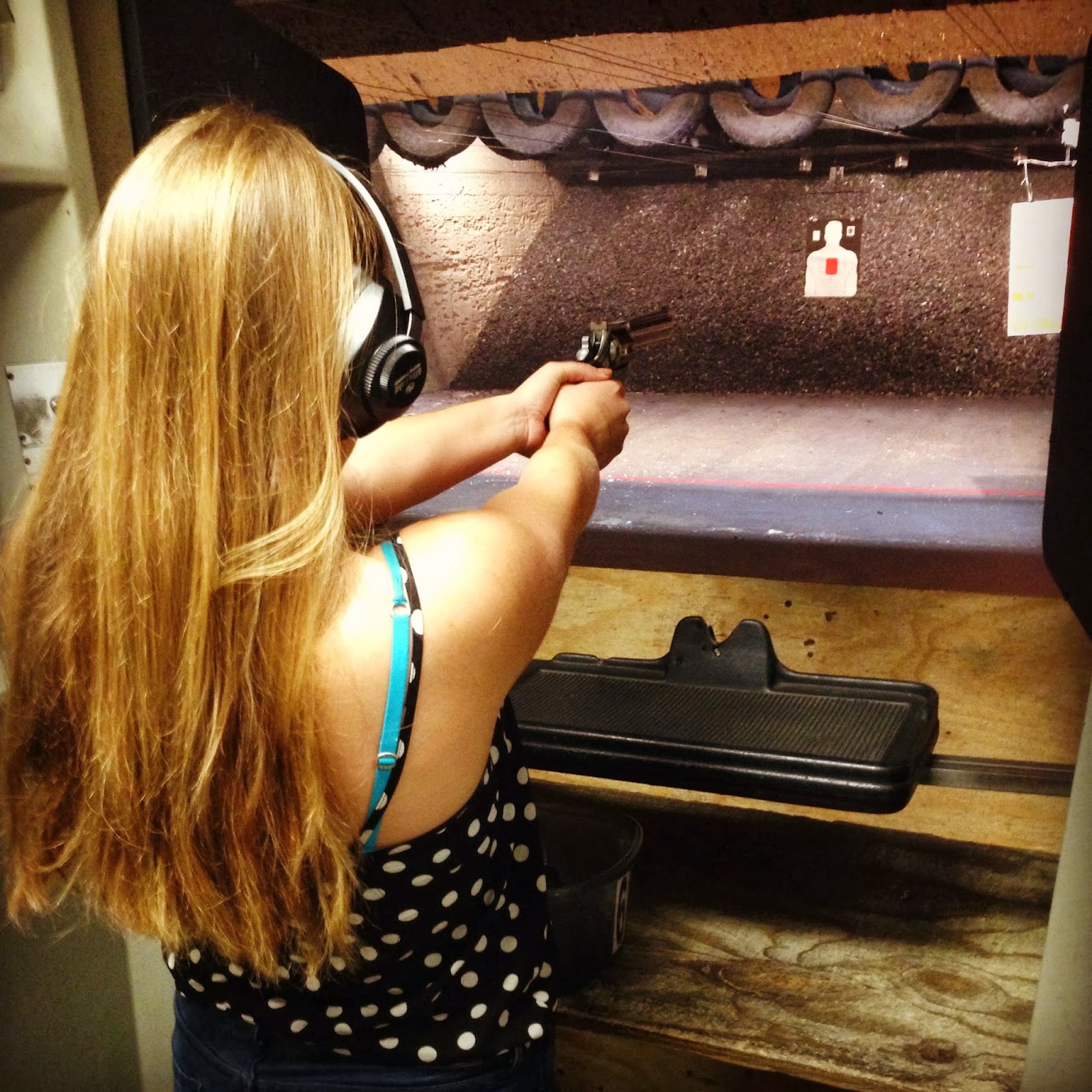 Now I just need him to get out of class!
Posted by Watermelonsmiles at 12:03 PM