Speaking about my studying abroad visitors in Prague in my last post, I can't forget about my turn as the visitor in Denmark. After visiting Scott in Copenhagen in February, I knew I was going to visit again. Not only did I have a ton of fun and loved the city, but I knew that just 3 days wasn't enough to get a true glimpse into Scott's "study abroad home." Although I felt like I had gotten the major sight seeing done, there was still a ton of things I was looking forward to doing in the warmer weather. My second weekend trip to Copenhagen was the second week of May--also known as the weekend before finals. I was a little stressed going into it because I had a ton of papers and finals that week, but it was a great decision. I would have been bummed if I missed out on a weekend trip to see Scott, and I got all my work done without too much stress. Anyway, what's the point of taking all your classes pass/fail if you don't fly to Denmark the weekend of finals?

Since I had a Czech final that morning, I had an evening flight and didn't arrive until a little after 7. The flight went by really quickly though because I sat next to some super friendly old Danish ladies who wanted to talk the whole time. Once Scott picked me up, we picked up some food at the grocery store, made dinner, and caught up on some TV shows/I attempted to get work done.

The next morning we ate breakfast, and then took the train to Scott's flag football game. He had two 1 hour games with an hour break in between. While he did his thing I watched and worked on my essay. It was a flashback to all the high school and Redland football games I watched over the past few years. The games took awhile, but it was the perfect Saturday activity because I also got to meet all of Scott's Danish team, and get 6 pages of my 12 page paper that was due Monday done (I had already written 4 earlier so it drastically reduced my stress). Seeing the games made me wish I had some activity like that where I could have become friends and hung out regularly with a group of Czechs. It also reinforced how happy I was to have volunteering once a week in Prague because that was the a great cultural experience. 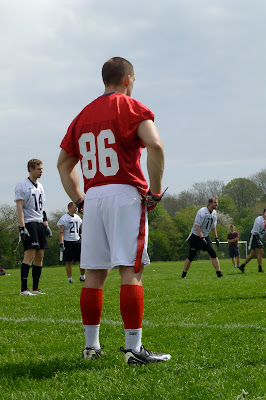 After the game we grabbed some sandwiches at one of Scott's favorite lunch places and headed back to the apartment. I don't remember what was exactly in the sub, but it was stuffed with everything you could think of and was delicious. We relaxed before getting ready to head back out for the night to Tivoli.

Tivoli was the first amusement park in the world, and it was much different than I expected. It was beautiful with its lights, gardens, and vintage rides. In typical Danish fashion, it was very expensive (to go on one ride it was $15) but just walking around was fun on its own. There was live music and weird wooden circles we tried to master. 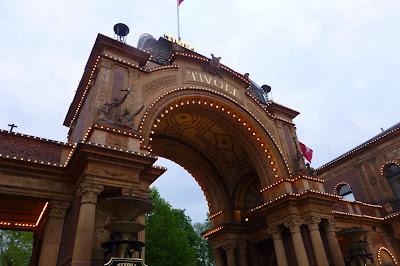 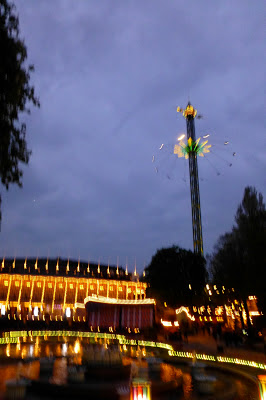 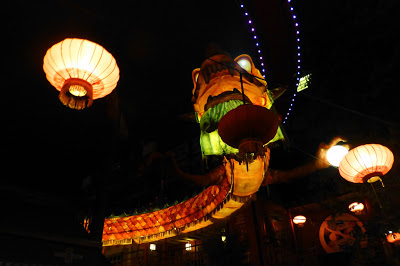 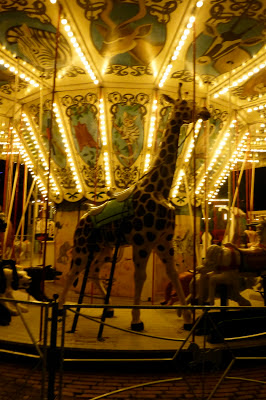 Eventually, we bought some tickets to play some of the carnival games. We played the archery game, and while my first two times left a lot to be desired, the third time was the charm. Since Scott and I split the 5 arrows, it was my turn when it came to the last arrow. The woman told us we needed this shot to hit the center of the target in order to get the prize. It was definitely one of my prouder and more surprising moments of the trip when I hit the bulls eye (just call me Katniss). That little move won me my new best friend/squirrel--which was promptly named Loki. After Tivoli, we stopped by a little bar by Scott's place for a beer, and just hung out. It was a super fun and a great date night.

On Sunday, we grabbed a pastry at the bakery I was obsessed with in February and ate them in the sun. Once we walked to the center, we decided to grab lunch at the Dublin Bar since it has burgers that Scott could not stop talking about. After hearing about it for the past two weeks, there was no way I was ordering anything else. I thought it was delicious, but Scott was convinced the first one he had was better. With food no longer on our mind, we started our final activities in Copenhagen. The last time I was there we went to the Church of our Savior, but the look out view was closed until spring. This time we climbed the rickety stairs in the tower to get to the balcony and climbed to the top of the spiral staircase. There were some great views and the church itself was really pretty. But the destination point at the top was just small stairs that ended abruptly and only had the railing as protection. It may have all been in my head but the stairs felt a little slippery, so I made a point to never let go of the wall or railing. 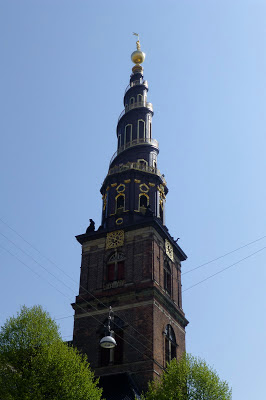 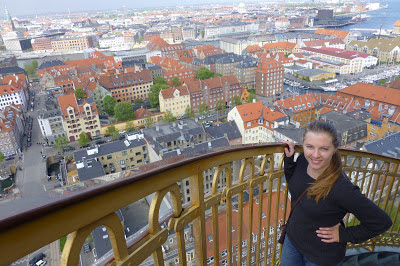 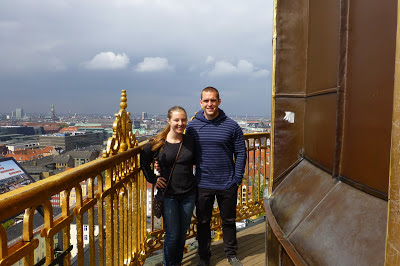 From the church you could see our next stop--Christiana. Christiana is a "no rules" community, and a place I heard was really fun to look around. Although we didn't partake in the usual activities there, it was entertaining looking at all the little stands selling everything from weed to jewelry lined on the street. There was also a huge lake with tons of walking paths so we walked around for a little bit before eventually heading back to Scott's place. It was getting late so I slowly packed up and headed to the airport to catch my flight. Once I was there I picked up one last Danish pastry for "dinner" and worked on some homework. 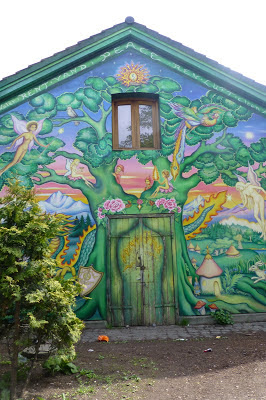 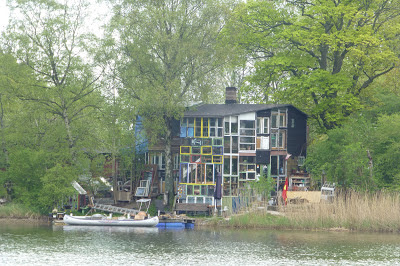 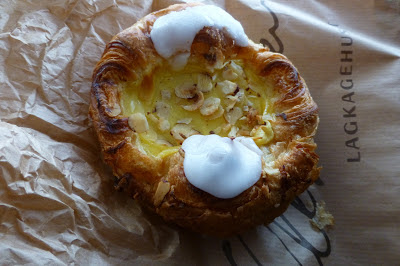 I am so happy that I made it to Copenhagen again in the spring. Spending one last trip in Europe with Scott was great, and it was nice to visit Copenhagen and "live" there for one weekend instead of spending 8 hours sight seeing in one day (which was great too). It was an amazing last, true "weekend trip" of my study abroad semester.

Posted by Watermelonsmiles at 11:12 PM