The Study Part of Studying Abroad

Contrary to how it seems in the blog, I did actually participate in the study part of studying abroad. My previous semester at USC had been a little rougher than usual since I was getting my final writing requirement out of the way, so the program's already relaxed classes and work load did not take up much time. In addition, all my classes were being taken for credit, so all I had to do was pass. Despite the lack of my usual, grade-driven motivation, I did get some valuable education from the classes I took.


Nation, Power, and Money--Seduction and Propaganda
This class was by far my favorite. Our professor was teaching CIEE students for the first time, and was really eager to keep us all interested. It was a 3 hour class on Monday evenings, but every class had a really interesting topic--from Nazi and Communist propaganda, Czech women in advertising, ostolgia (how Czechs look back on the Communist times with rose colored glasses and miss it), to racism and the Roma population (wrote my final paper on this). Not only was the readings and lectures the most interesting of my classes, but we also had great events. One class we went to a Czech newspaper publication house and interviewed the editor (translated by our teacher). But the best class was our "Communist feast." In honor of our ostolgia topic, our teacher brought all the meats, candy, cookie, cheeses, and drinks (non alcoholic) from his communist childhood. It was a ton of fun trying all the food, including kofola-the Czech version of Coke that they are die hard fans of-and traditional spa cookies which remain one of my biggest obsessions. The coolest part of the whole experience was reminder that everywhere we went, we were walking with people who had lived through communism, experienced revolution, and adjusting to democracy. That in itself is one of the most amazing things about living in Prague and learning about Czech culture and history--it is still really relevant today.

Art and Architecture
My next favorite class was this art history course. It was very simple (except the final took me a little by surprise), but I felt like I learned the basics of architecture (and some art) which was a necessity to truly appreciate my trips around Europe. Not only did it give me base to understand what I was looking at, but our teacher also had a 2 hour tour of places in Prague that had the architecture we were learning at. Because of this class I went to places I may not have gone before, and this class was one of the best decisions I made. Lucky for me, USC suggested this class so I was lucky enough to get in since no one on the waitlist stood a chance. Some places our field trips took us: inside the walls of and around Vysherad, astronomical clock, Church of our Savior in Mala Strana with the wax baby Jesus, Troja Castle, Prague City Museum, and Strahov Monastery. I also went to the mandatory day trip at Sychrov, Dlaskův statek and Valdštějn. It wasn't my favorite trip (Kunta Hora was much more interesting), but it was a pretty area with a nice hike at the end, and our free lunch at a swanky hotel blew us away. 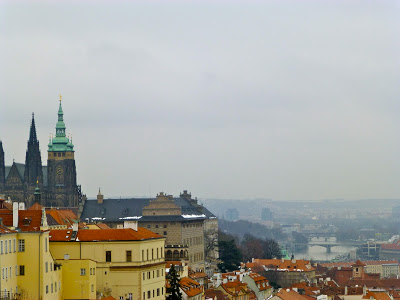 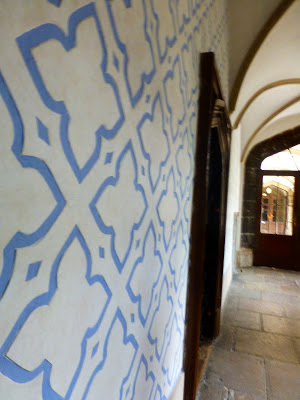 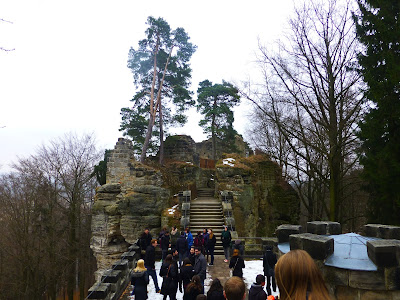 Central European Politics
I was taking this class for my major. It gave a good history about all the Central European countries (Czech R, Hungary, Poland, Austria, and Slovakia), although I really wished there was more of a focus on current events. When we were there, Czechs just elected a controversial new president and their old president Klaus just was charged for high treason because of an amnesty act he pushed through. Hungary changed their constitution for the worse and was being condemned by the entire EU (I actually wrote my final paper on this). While the class was very educational, it was our teacher who was fascinating. Not in the way he lectured, but because you could just tell he was one of the more intelligent people you will meet in your life.

Czech National Identity
This was by far my least favorite class. I did learn a lot of Czech history, heroes, and political figures, but the teacher was fairly condescending and a hard grader. He wasn't interesting, but we did have two out classes. One to the National Gallery to see Mucha's Slavic epic--an actually really cool art exhibit from a really famous Czech artist. Each painting was huge, and probably over 10 feet high. And two, to Bethleham's Chapel--the only church built by Communists and used as a subtle (or not so subtle) propaganda tool. We also went on an awful field trip to Most. The city known for it's ugly landscape and pollution which was cold and not pleasant. There was one great thing I got out of this class however. For our final paper we had to interview two Czechs about our topic. I wrote about Czech women's national identity and the fight for women's rights in the country. I was really lucky that a representative from Forum 50% agreed to speak to me, and it was one of the most interesting conversations I had with a Czech. She explained her ideas on the history of women's rights and where they are today, and why she is passionate about it. She was really nice and helpful, and I was really lucky that I was able to have that experience.

Czech language
I knew I wanted to study abroad in a country that spoke another language other than English before I even knew where I wanted to go. Once I realized how much I liked Russian, I realized I wanted to continue learning a Slavic language and Prague became my obvious choice. A LOT of people in the program hated this class. But, I actually enjoyed it (as much as you can enjoy an early morning class), and felt that I had a pretty decent understanding of Czech by the end of the semester. The program started off with a two week intensive Czech course with 5 hours a day 5 days a week, so we definitely dived head first into learning the language. Luckily I never really needed to study because there were a lot of grammatical similarities between Czech and Russian. It was enjoyable and definitely cemented my random interest in Slavic languages.

Volunteering
By far one of the best decisions I made studying abroad was volunteering at Skolka Pisnika. I taught their kindergarteners English with another girl in my program, and although at times it was overwhelming it was an amazing and adorable experience. They were really cute and excited, and overall I know they made my experience with the Czech culture much richer. Plus I got to pick and hang out with my favorites (little Amalka and Matias!). A nice bonus? Two bottles of Becherovka as a thank you! ﻿ 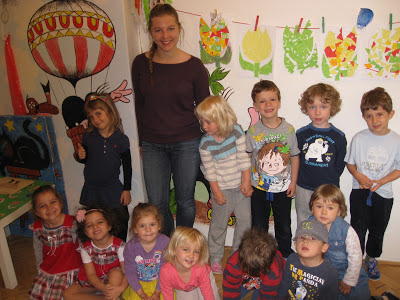 Posted by Watermelonsmiles at 10:02 PM