Shake (Dance and Punch) it Off

I was definitely expecting tonight's post to be a negative one. I was having such an icky day that everything was putting me in a bad mood. Luckily for you guys, my day was completely turned around by the end.

But here was the first little bummer of the day:
So a few days ago, my sister and I went to Borders to look around at all the items on sale and to spend my gift card before they officially close. After entertaining ourselves by reading JWoww's new self help book (my love of Jersey Shore is just a tad excessive...Scott and I paid a semi ridiculous amount to go see Pauly D dj in LA as "VIPs"), I stumbled upon an adorable planner. I of course immediately start making grand plans about how I'm going to write all my social plans, football games, birthdays, and everything I need to know in it to become the most organized person this school year. Today, I was going to start on my quest by penciling in my move in date. 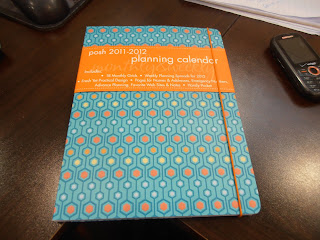 After getting super excited over my new planner and thinking about how much it was going to change my life, I realized that despite it's Jul 2011-Aug 2012 description it doesn't start til this December. Therefore, rendering it utterly useless.

It's fine; I clearly wasn't meant to be organized. Or happy.

Waking up and moving presented it's own problem today: I might have done something wrong when I worked out the other day because the outside of thighs (right under my hip) were killingggg me. It only hurts when I get up from my chair, but since I worked today there was a lot of that going on.

Thirdly, I started out eating super healthy today. Apple Cinnamon oatmeal for breakfast; sourdough bread with hummus, scrambled eggs, and watermelon for lunch. (I also had half a pb&j for a snack after). 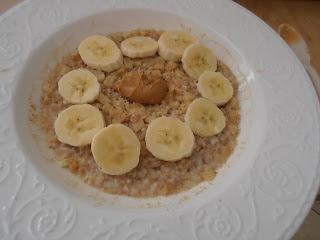 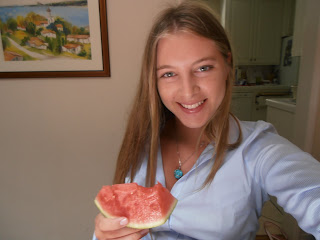 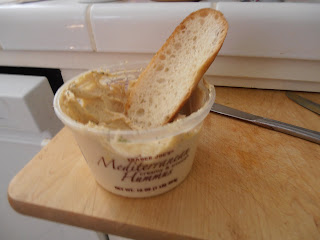 But the day took a turn when our office was suddenly filled with tons of desserts. So many in fact that we were urged to eat them.
I have no problem eating desserts. I have a sweet tooth that rivals Willy Wonka (dorkiest thing I have ever said). But there was absolutely no need to eat several of those brownies and the other desserts there. I left work with that gross, I-overdosed-on-sugar-and-now-feel-groggy-and-grumpy attitude.
To just complete the wonderful mood I was in, I got a major headache near the end of the day that worsened by the time I had gotten home. The headache was a big bummer because my friend Sarah had gotten a free pass for me and my friend Ana to join her at the gym today. We were going to take a turbo kickboxing and a zumba class. I was looking forward to seeming them (and going to those classes) all day.
A few Tylenols later, I made an executive decision to go with them to the gym, and if I truly felt I couldn't do it then I would just stop.
I am so glad I went.
My headache went away a few minutes into the kickboxing class and soon I was jumping around and punching the air enthusiastically and pain free. I haven't been to turbo kickboxing since I had that gym membership last summer, and I forgot how much fun it was. The instructor was incredible (she was insanely energetic and intense), and it felt like such a good workout.
Sarah, Ana, and I stayed for the Zumba class that followed kickboxing. It was my first time going to a Zumba class, and it was so much fun! Seriously, how have I lived without it for so long? The class was huge (like over 50 people huge) so I was able to get super in to it without feeling stupid. Because what's more fun than salsa dancing and having a room full of people Drop it Low...hands on the floor style hahaha.
This was a lot longer of a workout then I'm used to, but it completely turned my day around. It felt so good just to get sweaty, and forget about my melodramatic problems with planners and to shake off that sugar coma.
And now I can't stop smiling:) I got to work today, see my friends, go to classes that I haven't been before, and skype with Scott. I had a really great day!
Posted by Watermelonsmiles at 12:15 AM