"I only go clubbing on Sundays"

Today started out with some bad news: I have decided I officially have the worst luck in the world when it comes to cameras. After breaking my last one, I bought a new camera just 3 weeks ago to replace it. My new camera was working perfectly last night, but when I woke up this morning it wouldn't work. I realized my sister had moved it and somehow in the process it had gotten wet or damaged (I'm being very mature and am not mad since she had no idea that anything had even happened to it).
I think my family felt bad for me because my mom was reluctant nice enough to let me use her camera for the day and my youngest brother James made me a "happy smoothie" to cheer me up. I don't know exactly what he put in it, but I know it included bananas and frozen strawberries! Oh, and I also had bowl of honey nut cheerios and an apple with cheese for breakfast.
Lunch was a tuna salad sandwich with avocado and lettuce, and dinner was just spaghetti with cucumber shavings and parmesan cheese. I snacked a lot before dinner (protein bar, chips, peanut butter, cucumber...the works haha) so I wasn't really hungry for anything more. 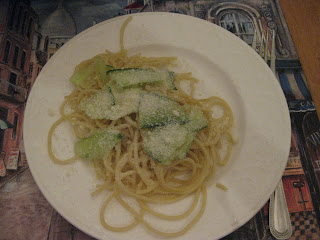 Except my Mom's homemade brownies. I will always be hungry for that. 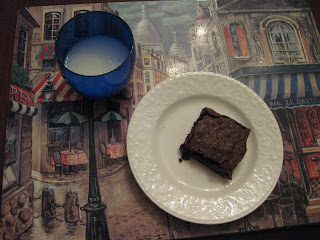 I met up with my friend Ali (my estranged running buddy--we've missed each other since I left for Hawaii and she left for Mammoth when I got back) to go for a run this afternoon. However, she suggested that we just walk and talk. We did our typical loop by the fire trail and ended up walking for about an hour. It was a super great day out, and it was nice to just get outside and enjoy the sunshine.
I don't think I enjoyed it as much as Roxy did... she is too cute! 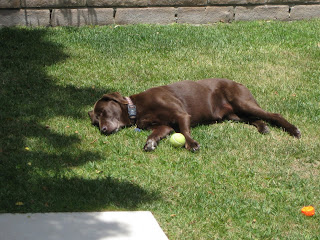 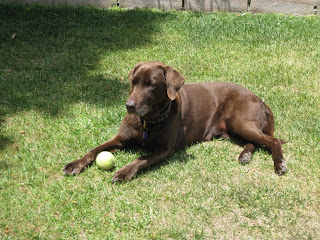 ******
Remember how I said I was heading to a concert this weekend? We headed up to LA to see The White Panda, DJs who make remixes and who Scott is obsessed with (I really like them too, but he is the one who showed me them to begin with and knows all the songs). I was expecting it to be more of show/concert like thing, but it ended up being a club scene. I probably should have seen that coming since it was at the Key Club in Westwood. 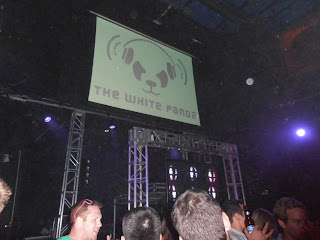 Even though we were probably the youngest some of the younger people there, we ended up having an amazing time. I definitely count all the dancing as a workout! Plus, nothing feels cooler than saying you went clubbing on a Sunday night. Since this was our first experience at an actual club/bar (joys of being under 21), we know say that we only go clubbing on Sundays. 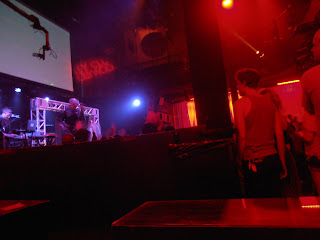 It was so much fun, and another great part of the weekend.
Oh and new goal is to get to bed earlier because I'm posting this wayyyy too late at night.
Posted by Watermelonsmiles at 1:53 AM