I can't believe it's already June! I know it's cliche, but it went by so quickly. Here's a quick recap.

A few highlights of May:
- Official start of my blog... I really started posting pretty consistently this month.
- I finished my freshmen year of college! 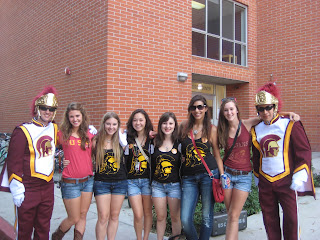 - I packed up and left the dorms 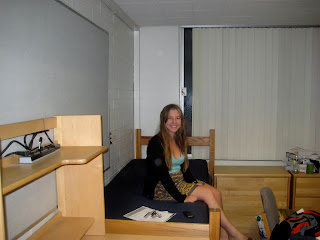 - Set a fitness goal
- saw Scott...ok so that's not unusual but still noteworthy :) 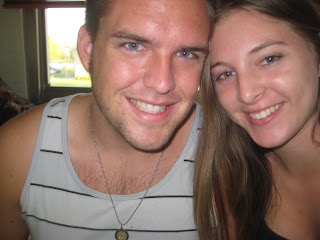 - I started to try to cook more 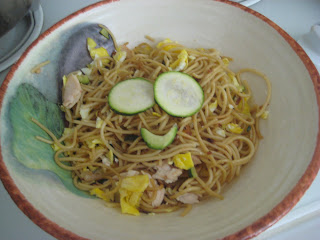 - I went to the Hermosa Beach Fair 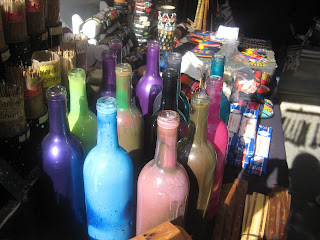 - and of course there was a billion other things I have done, but these are just some of the fun things I've mentioned :)

And of course now to look towards the future.
What to look forward too in June:
- HAWAII! My grandma is taking my family to Hawaii for my Mom's birthday. I've only been out of California twice so to say I'm excited is a bit of an understatement.
- Mine and Scott's anniversary is coming up! Yay June 23rd <3
- More fitness goals! I've decided to make it a goal to work out at least 5 times every week (I'm at about 4 right now which is a little more than normal, but I want to make a habit of 5) and to have my normal runs be a distance of 3 miles. As of now, 3 miles is a long distance, but I want to get in the habit of doing  it more.
- I will hopefully be going on a few fun all day/or overnight hikes in LA. These aren't for sure yet, but I really want my Dad to take me and some friends and/or boyfriend to do a few hikes.

Anyway, today I honored National Running Day by going for a run on the strand. Ali and I met at 10 this morning and ran to the pier (1.85 miles), and then ended up walking a half mile before running the last 1.25 miles. I was a little disappointed I didn't make it the whole way through without walking because I remember doing this route my freshmen and sophomore year in high school and had considered it an easy run back then. It was frustrating realizing that I really am starting over on my running endurance, but I am really determined to be able to do 3 straight miles soon. I still had a good workout today though, and was overall pretty happy with the run.

More good news! I got to work at the office today from 12-5! I babysat yesterday too, so for being currently unemployed I would say I'm doing pretty well :)
Since I am bad at documenting my meals--it's more of a if I'm in the mood type of thing--I'm just going to focus on a tiny portion of what I'm trying to eat more of... oatmeal! Also known as the most valuable food item in the healthy blogging world.

Since I'm still a big baby with oatmeal (I like it already sweetened), I'm trying to ease myself into eating healthier breakfasts of oatmeal that are still delicious.
I shall call them my dessert oats. 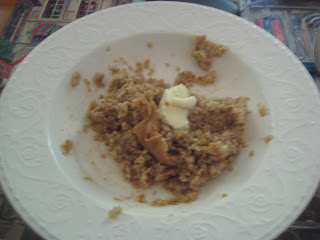 Yesterday, I used maple syrup flavored oatmeal and put a spoonful (a little less than a tablespoon worth) of peanut butter and vanilla ice cream. This was the most amazing thing I have ever eaten. I don't care if it probably canceled out the health factor of oatmeal, it was worth it. And I actually did not put that much in. 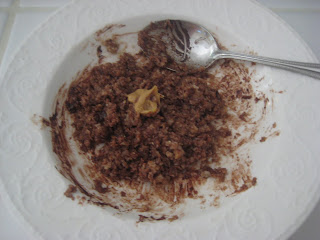 Today, I brought home a small Dove piece of dark chocolate from work (there was a bowl right in front of me which ended up being a major snacking source...oops) and chopped it up to put into my regular oatmeal. Yes you heard me right... my regular no sugar added healthy oatmeal. And yes I put chocolate in it, but according to this it only added an extra 37 calories. Oh and a super small spoonful of peanut butter. As much as I wanted to love this oatmeal, it was good but nothing more. I guess I'm still taking baby steps to making this my new love.

PS sorry the pictures aren't the most beautiful creations. I'll eventually work on it, but I love using those bowls because I can put in the perfect amount of water for thick oatmeal. And I mix in all the toppings after the picture :)


So the oatmeal pictures make me seem really unhealthy, but I can assure you I'm trying to be very careful about what I'm eating. After all I have several important things coming up!

Happy Julia: being able to work today, being able to go to bed relatively early tonight (just post this and  shower!), going for a run after taking a few days off

Posted by Watermelonsmiles at 10:33 PM